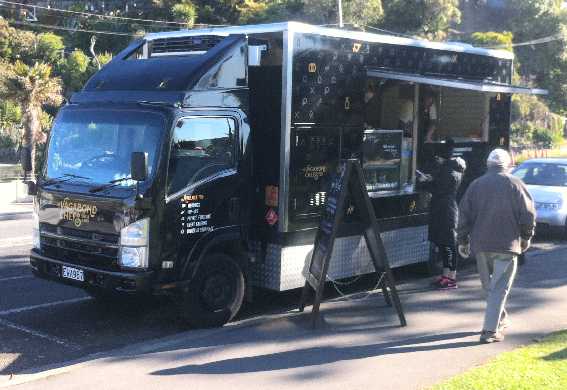 There appears to be a renaissance of Street Food underway in some parts of the world and Rejigit celebrates the trend.

Christchurch based Chefs and proprietors Morgan Lonergan and Andy Tonge have had Vagabond Chefs mobile food truck operating in Christchurch since June serving high quality and innovative food to go. 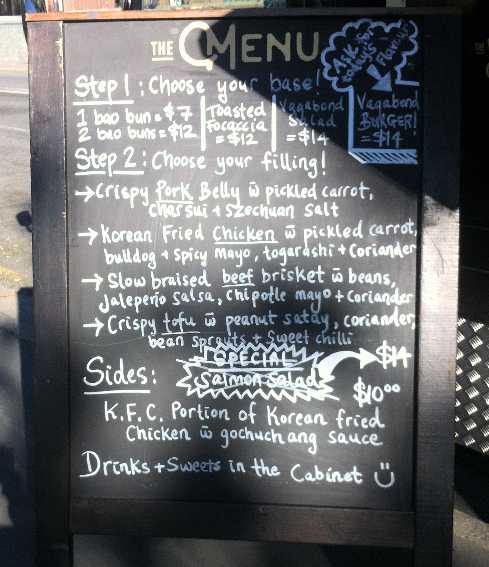 In a former life, the truck was a mobile butchery and it has been remodelled and refurbished to accommodate a kitchen, chiller and serving area. The vehicle is a big black beast and easily spotted.

This is the truck's schedule at the present time;

Rejigit wishes the Vagabond Chefs all the very best. 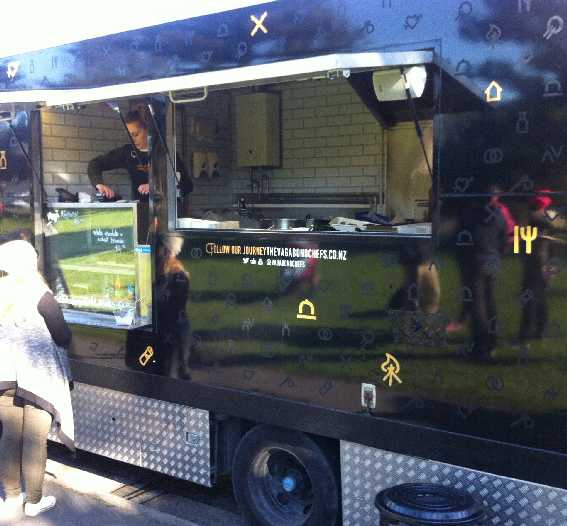 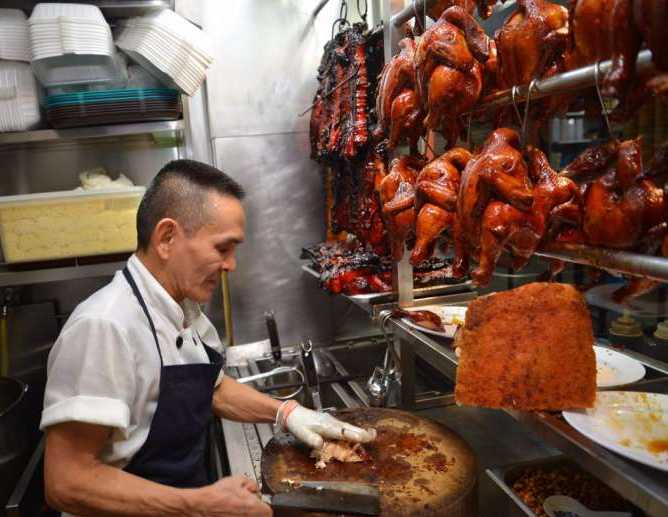 Chan Hon Meng of Hong Kong Soya Sauce Chicken Rice and Noodle makes Hong Kong-style soya sauce chicken noodles and has been doing it for thirty five years, building his stall business up to the point where people wait in huge lines in the morning before he even opens. At the Michelin Guide Singapore Gala Dinner in July 2016, he was awarded a Michelin star, the first street food hawker to receive a Michelin award. His establishment also has the distinction of having the cheapest meals represented in the Michelin Guide, with meals being as little as US$1.50 for soya sauce chicken rice.

The best Street Food in Italy. 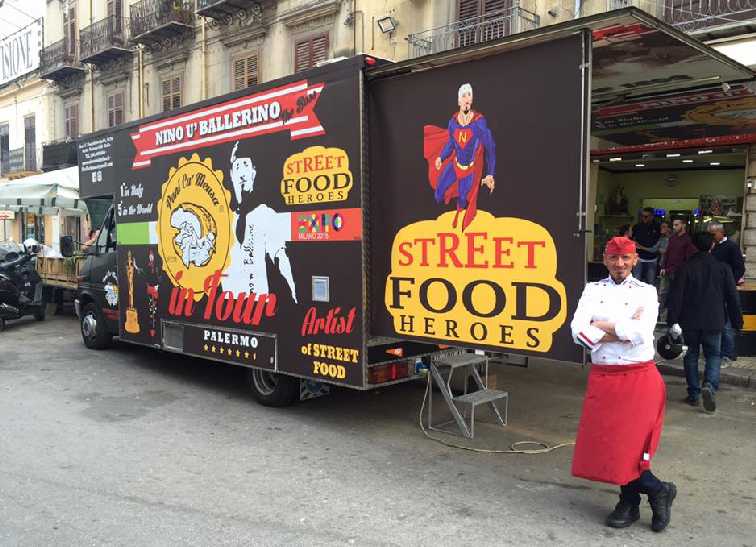 One of his biggest selling specialities is a soft bun sandwich, "Pani câ mouse",  a very popular Palermitan sandwich. His version contains veal spleen and lung which has been boiled and then fried. 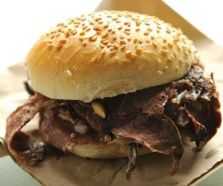 Chef Antonino won the award as the best street Sicilian chef as part an event held in Rome at the Officine Farneto and Nino U' Ballerino has been included in the Italian guide Gambero Rosso.