Some advice if you aspire to employment in a leadership role. 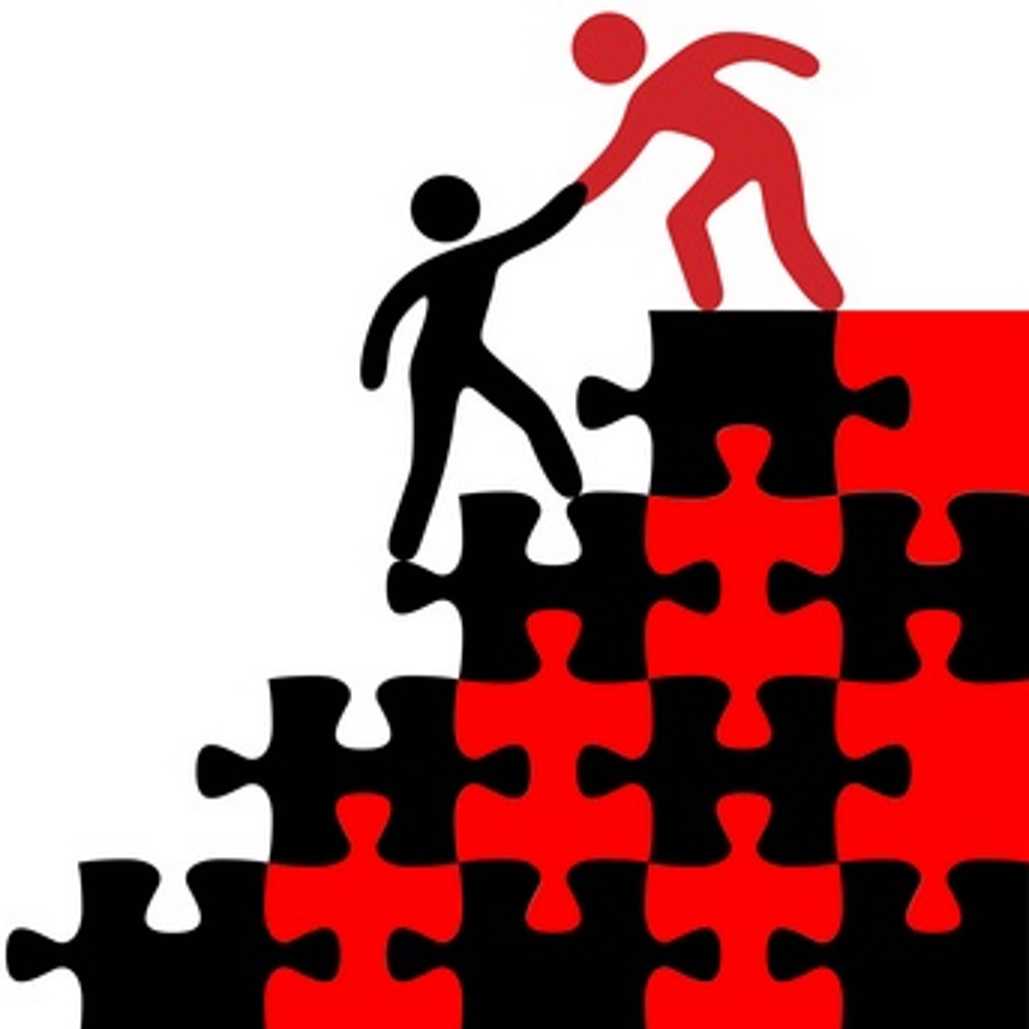 David M. Sluss is an associate professor of organisational behaviour at Georgia Tech’s Scheller College of Business in Atlanta. Professor Sluss’s paper is of particular relevance given the current international employment upheaval as a consequence of the Covid-19 pandemic. The article was previously published in the Harvard Business Review. 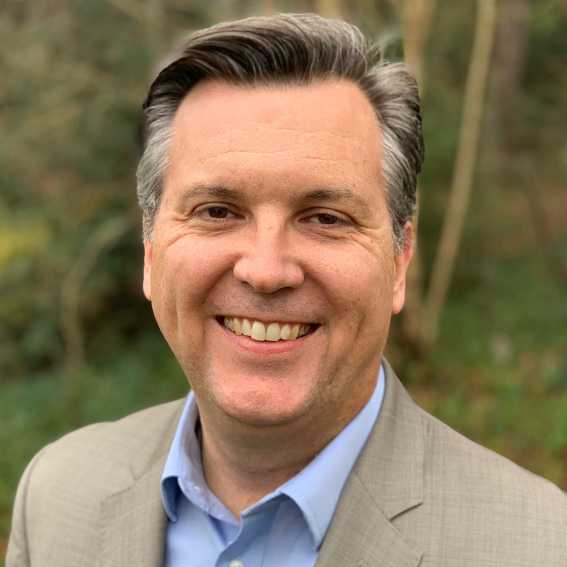 Stepping into a Leadership Role? Be Ready to Tell Your Story.

Stepping into a role as a leader — whether as a seasoned executive or a neophyte supervisor — is both challenging and exciting. How you handle this transition can have a huge impact on your career. You need to hit the ground running not only with your bosses and key stakeholders but also with your direct reports. Research shows that having a 90-day plan with 30-day and 60-day milestones along the way increases your chances of success. But while these plans are great tools, direct reports will evaluate who you are and what you bring to the table long before you hit those milestones. Indeed, they’ll make “sticky” evaluations of you from the very first conversation. That’s why I think you should have a “Day 1” plan, or what I like to call a “new-leader pitch.”

Just as entrepreneurs need people and institutions with money to invest in their start-up ideas, leaders and managers need people with social and human capital to back them. How much support they get directly influences their effectiveness. The good news is, your immediate boss is already invested in you (she knows your background and hired you). But your direct reports haven’t voluntarily made the same “investment” — at least not yet. And you should never assume that they’ll automatically follow your lead just because you have the title of manager, vice president, or even chief fill-in-the-blank (that is, formal power). You must win them over, and you should have a strategy for doing so that you can translate into a cogent set of talking points that guide — rather than script — all your early conversations with them. If the group you manage is large, these discussions will probably begin with an all-staff meeting at which you introduce yourself, followed by individual meetings with your reports over the next several days.

What Should a New-Leader Pitch Include?

To answer this question, I asked full-time professionals, via an online survey platform, what they would want to learn from their new leader in their first conversation. In total 278 people responded. Their average age was 36, and the group was approximately half men (53%) and half women (47%), made up mostly of college graduates (77%), and represented a wide range of industries, including telecommunications (14%), government (12%), health care or pharma (11%), education (11%), finance (10%), and manufacturing (10%). I purposely made the context a conversation rather than a presentation to allow respondents to offer what they personally would want to know — rather than what they think others or their group might want. In my framework, I also incorporate other research my colleagues and I have conducted over the past decade on work relationships and new employee onboarding.

The respondents in the survey broke down fairly equally into two groups: “warriors” and “worriers.” Each group had a distinct set of concerns. Chances are, you’ll have some of each type among your reports, so you’ll need to figure out how to address both in your pitch. Let’s look at what that entails:

Warriors evaluate your knowledge, competencies, experience (and whether it’s relevant), and leadership approach to see if they will support you. They want to know if you can handle the job and understand how to help them do theirs better — or will just get in their way.

One warrior technical professional for a large high-tech firm, for instance, said that what he wanted to know from a new leader was “… have they actually done the job, or do they just think they know what the job requires. How willing would they be to get in the trenches and try out our job themselves?” Another warrior who was a nurse said her biggest concern was whether the new leader “really knows how to do my job. It is offensive to me that people who don’t know my job try to make judgments.”

Some new leaders might interpret this line of questioning as an attempt to undermine them, and although that’s possible, warriors’ general intent is different. Employees’ reactions to a new leader usually are based on their experience with the most recent leader. While a warrior direct report might be happy to be rid of a less-than-stellar leader, he or she may still be rightly on edge about whether history may repeat itself with you. Indeed, the nurse went on to explain that “all of this is important, because it has been a problem in the past.”

Warriors also want to know if you will be an active, hands-on kind of leader. Ultimately, they want you to (as one professional put it) “jump in and take responsibility to make sure the team is kept up-to-date, while shielding the staff when there are issues with upper management.”

Worriers, in contrast, are more focused on whether you’re a “safe” investment. One sales professional summed it up well when he said he wants a new leader to “make us feel secure in our jobs and in the company.” How can you set these reports at ease? Many of them ranked “clarifying job expectations” as the primary task of new leaders. Deep curiosity about the leaders’ plans for the future and next steps was also common (particularly in turnaround situations). “I would like to know if they plan to make any changes, especially what changes would affect me,” said one worrier. Last, the worriers also wanted insight into the new boss’s leadership approach, but their concerns were slightly different from warriors.’ They wanted answers to questions like: What is her supervising style? Does she have an open-door policy? How does she want us to approach her with problems?

To address both groups, make sure your pitch provides information on competence and change, experience and expectations, and your overall leadership approach. Jonathan (a pseudonym), a global product development associate at a pharmaceutical company based in the Caribbean, described how a recently hired leader did all this in an initial conversation: “The new leader reviewed his past accomplishments in significant detail. It was impressive. He laid out his approach to learning the priorities of the various departments. He also told me that although he would restructure the organisation to support the business, jobs and opportunities would expand. No one would be fired, but everyone would need to interview again for positions. That first meeting left quite an impression, and I was excited to see what was to come.” Although it’s true that the prospect of interviewing for positions might have alarmed some worriers, setting clear expectations settled the future for them.

The survey respondents also pointed out ways that new leaders can get off on the wrong foot — and what they should be doing instead.

1. Don’t overshare, but do relate to reports on a personal level.

Relationships with supervisors can be powerful motivators. Research shows that when a direct report has a strong connection with a leader, the report is more likely to identify with the organisation, engage in creative behaviour, and help others at work. As one professional said, a good connection with the boss “helps with morale and teamwork.”

Interestingly, another respondent, an IT consultant, provided nuanced guidance on how to create a productive connection. New leaders, he said, should “tell me a small bit about their personal life; nothing too revealing, but enough to make them feel like an actual person.” In short, do not get overly personal. Another professional went a bit further: “I would like to know them more, not just about where they worked…. If they could do anything in life besides what they are doing now, what would that be?” Others said that sharing personal details helps a new leader be “more relatable” and “to bond.” It also may help lay the groundwork for later presenting your vision for change and continuity. And while it may seem as if relaying that vision right away will help you get your reports excited about you, you may not want to rush in. One professional underlined a preference for the new leader to wait to “give the vision for the department once they know us, the staff, better.”

2. Don’t just share your résumé, but do tell them your “story.”

While warriors may be examining your experience and worriers may be wondering how it influences your approach to them, both groups want to know about your work history. However, they both want you to stake your claim as the new leader through your career “story,” or narrative. They want to know, for instance, why this particular job makes sense for you at this time. As one warrior said, “I would like to know what led my supervisor to get into a role like this. We help hospices manage their patient care, and our company is only medium-sized and not wealthy. It takes a certain kind of person to give up money and work for a good cause.”

Jonathan’s boss was able to provide a powerful and personalised career narrative. As Jonathan recalled, “The new leader expressed his excitement with being here. He took the opportunity to share a bit about himself. He highlighted that his previous college athlete days provided him valuable lessons for his career and his daily drive. He related past successes in a similar role that he thought would translate to our organisation.”

In your narrative, you can and should project your story into the future. Indeed, several respondents wanted to know about a new leader’s goals for the leadership position itself. A health care industry professional commented: “I would like to know what their vision for the position entails and how this vision affects me personally.” Employees also appreciate it when you explain why your new position is integral to your story and, most important, how your direct reports play a critical role in that story.

After all, everybody likes to be part of a story — especially a success story. And if, as a new leader, you put some thought into how to make a good first impression on your reports and win their support, you can help them be part of yours.