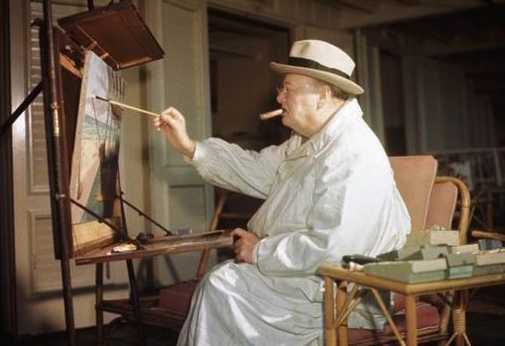 Sir Winston Churchill was undoubtedly supremely confident about his many abilities, real and imagined and including, it would appear, his artistic skills.

The Flemish artist Peter Rubens (1577 – 1640) in collaboration (as was customary in that era) with his close friend in Antwerp, Frans Snyders (1579 – 1657) produced a painting entitled “The Lion and the Mouse” which captured a moment in one of Aesop’s fables about two eponymous creatures, a Lion, and a Mouse and about affording kindness to small things. The painting includes a depiction of a mouse chewing at a hunter’s net in an attempt to set free a captured lion. The lion is the same lion which had earlier snaffled the mouse after it had been unceremoniously awakened by the mouse. The lion had showed the mouse mercy and let it go and the mouse then had an opportunity to repay the lion’s kindness.

The 167 cm x 243 cm oil on canvass hung in the library of Chequers Court in Buckinghamshire, once the home of Lord and Lady Lee of Fareham until they bequeathed it to England in 1917 to be used as the official country residence of British prime ministers, Sir Winston being one such incumbent.

The story has it that Churchill after looking at the painting very many times, abruptly decided that the said mouse in the painting was less prominent than it deserved and so climbed a ladder and over-painted the mouse in order to give it more clarity. In 1973 the painting was restored and Churchill’s handy-work was removed. 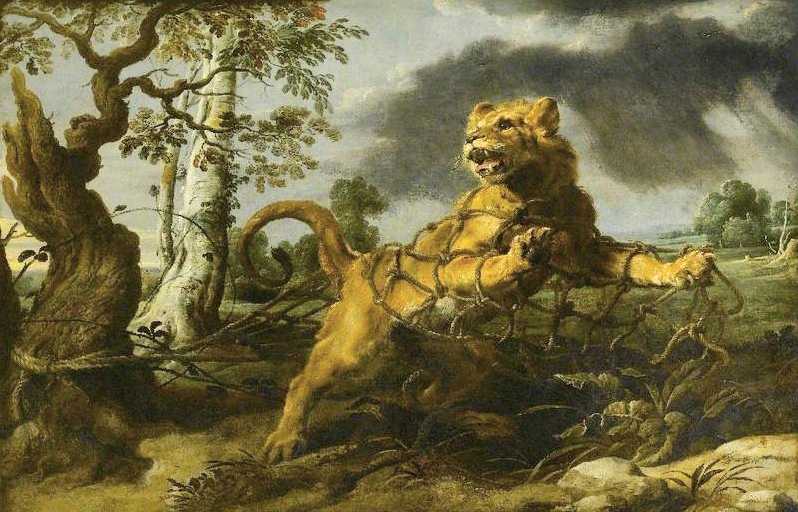