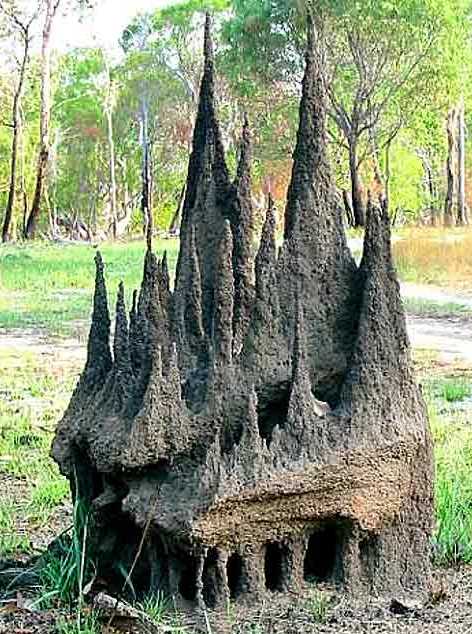 Biomimetic Architecture is a contemporary philosophy of Architecture which seeks solutions for sustainability in nature, not necessarily by replicating natural forms but by attempting to understand systems applying to natural forms.

The art and science of designing and building Biomimetic structures and systems is also known as Biomimicry because it mimics biological systems and it is a multi-disciplinary approach to sustainable design which relies on a set of principles rather than stylistic codes. At an organismic level, Biomimetic Architecture looks to the organism itself and applies its form and function to a construction. 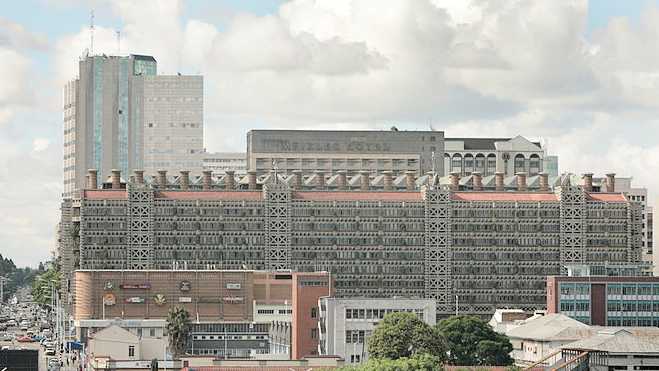 The Eastgate Centre is a shopping centre and office block in central Harare, Zimbabwe.

The country’s largest such complex is an architectural marvel which is designed to be ventilated and cooled by natural means and by adopting Biomimicry principles.The mid-rise building, designed by architect Mick Pearce in collaboration with Arup Engineers has no conventional air-conditioning or heating, but remains temperature regulated year-round with dramatically reduced energy consumption. The building design was inspired by indigenous Zimbabwean masonry and the self-cooling mounds of African Termites. The complex is known as the Termitary.

Mick Pearce is a Zimbabwean Architect. He received his diploma with distinction at the Architectural Association School of Architecture in London in 1962. He has undertaken projects in the UK, Zambia, Zimbabwe, Australia, China and South Africa.

Arup is a worldwide independent firm of designers, planners, engineers, consultants and technical specialists. The Company was established in London in 1946 by philosopher and engineer Ove Arup. 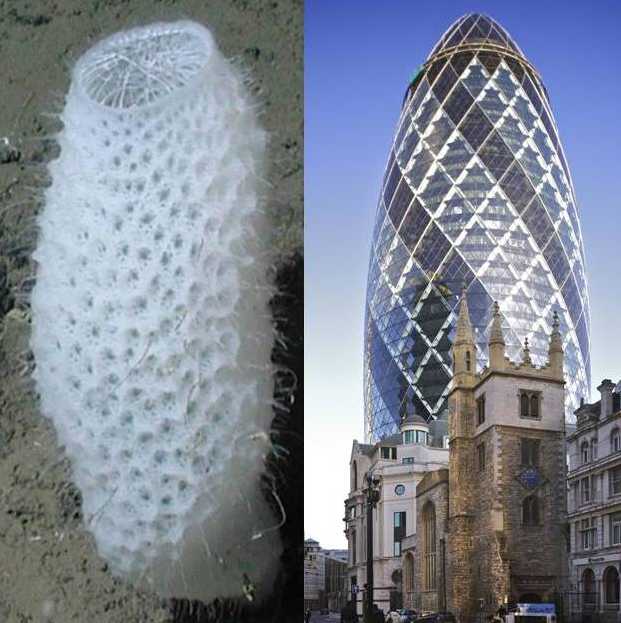 Foster + Partner's Gherkin Tower (2003) is assumed by some to have been influenced by the gherkin, the building’s hexagonal sheathing was apparently inspired by the Venus Flower Basket Sponge. The sponge inhabits underwater environments with strong water currents and its lattice-like exoskeleton and round shape help disperse water current stresses experienced by the sponge.

Lord Norman Robert Foster, Baron Foster of Thames Bank of Reddish co-founded Team 4 in 1963 in conjunction with Richard and Sue Rogers and his wife, Wendy Foster and in 1967 he established Foster Associates, now known as Foster + Partners an architecture and integrated design practice based in London and with offices worldwide. 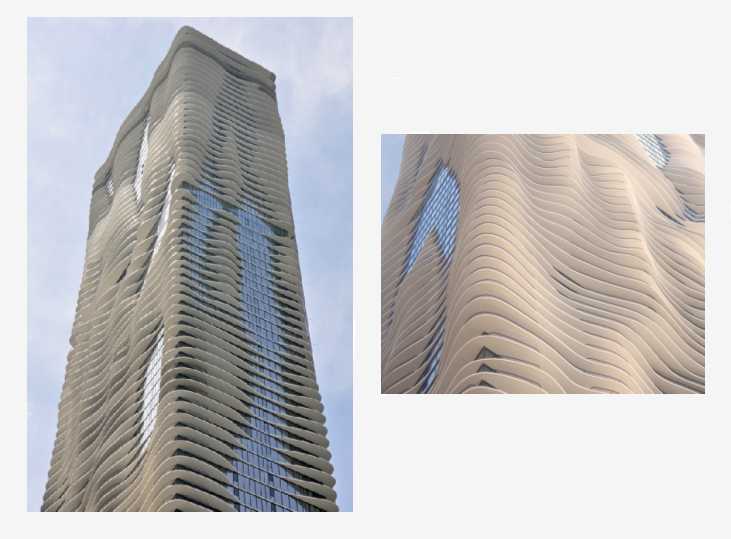 Aqua Tower is another example of Biomimetic Architecture. The building was designed by a group lead by Jeanne Gang of Studio Gang Architects with James Loewenberg of Loewenberg & Associates as the Architect of record. The project was inspired by eroded rocks at the Great Lakes. The eighty seven storey residential building forms part of the Lakeshore East Development at downtown Chicago, Illinois and is constructed entirely of steel and concrete. Each of the floors has its own projecting wave-shaped balcony which sweeps dynamically around the building. Each floor covers approximately 1,500 sq.m. and five levels of under-ground parking is provided for. 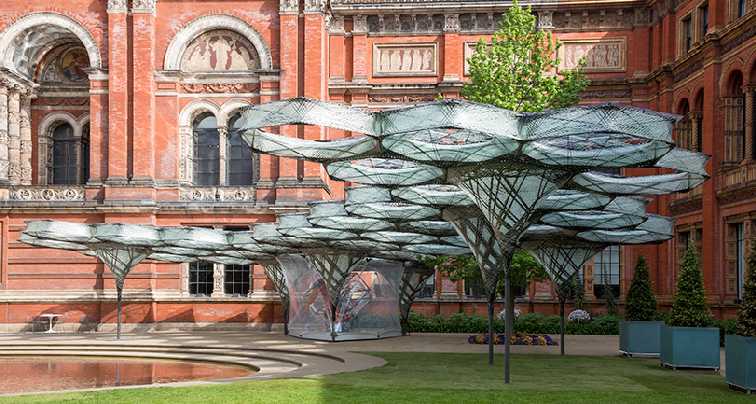 Situated within the John Madejski garden at London’s Victoria & Albert Museum, a group of Architects and Engineers from the University of Stuttgart has designed a temporary structure called the Elytra Filament Pavilion. It was conceived by conceptual German architect Achim Menges together with Moritz Dörstelmann, structural engineer Jan Knippers and climate engineer Thomas Auer.

The project examines the impact of robotic technology on architectural design and engineering.