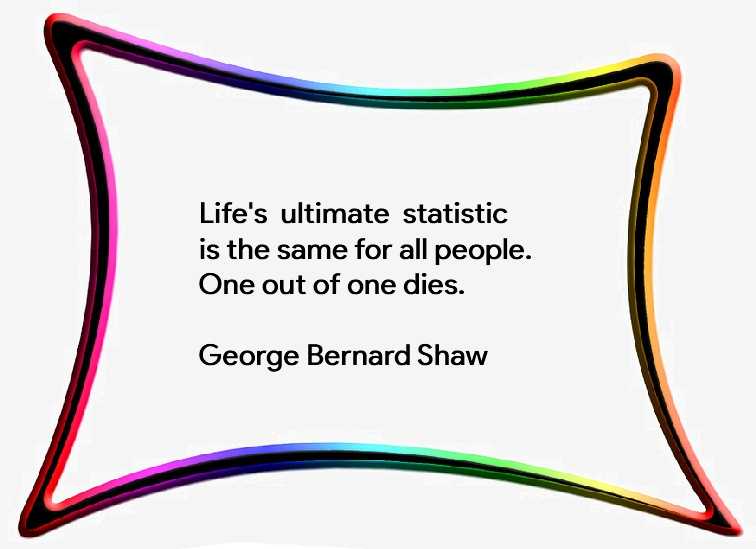 ...Even something like the sound of traditional Italian music can evoke a Pavlovian association with the Mafia.

...All power corrupts but we need the electricity.

...An idealist is one who, on noticing a rose smells better than a cabbage, concludes that it will also make better soup. H L Mencken

...A cynic is a man who, when he smells flowers, looks about for a coffin. H L Mencken

The cure for boredom is curiosity. There is no cure for curiosity. Only boring people get bored. Interesting people have existential ennui.

...We are healed of a suffering only by experiencing it to the full. Marcel Proust

...Everything's got a moral, if only you can find it, as the Duchess said to Alice. Alice's adventures in wonderland.

...Sorry is only egotism wrong side out.

...The currency of regret has been debased and devalued by stage-managed showpieces of remorse. Dr Peel

...The posh English schtick of saying "frightfully sorry" when they couldn't really give a toss.

...Fake humility which gazumps others by getting in first with bogus modesty.

...I embrace an existential philosophy which tends to shape my outlook and embodies a willingness to allow life to take me in its wake while I ponder its infinite mysteries. Charlie Sheen

...Faith is the illogical belief in the improbable.

...It is the tragedy of the world that nobody knows what he doesn't know and the less a person knows, the more sure he is that he knows almost everything.

...The only real wisdom is knowing you know nothing. Socrates

...If you have never had the experience of feeling that you are yoked to the great steam engine of history, allow me to inform you that the conviction is a very intoxicating one. Christopher Hitchens

...To the puritan mind, hell is pre-ordained, therefore it is impious to tamper with God's earthly arrangements, rather it is advisable to take one's chances with his celestial arbitrariness.

...If it turns out there is a God, I don't think he's evil. The worst you can say is that basically, he's an under-achiever. Woody Allen

...My religion consists of a humble admiration of the illimitable superior spirit which reveals itself in the slight details we are able to perceive with our frail and feeble mind. Professor Albert Einstein

...It is a curious thing that every creed promises a paradise which will be absolutely uninhabitable for anyone of civilised taste. Evelyn Waugh

...Rudeness is the weak man's imitation of strength. Hoffer

...I have two pairs of reading glasses. One pair is for reading fiction and the other pair for non-fiction. I've read the Bible twice wearing each pair and it's the same. Steven Wright.

If you could manage to reduce the number of civilisation's enemies to a minority, you would have done all that was possible. Freud.

...One cannot make the same mistake twice because the second time it is simply a choice.

...All that is required for the triumph of evil is for good men to do nothing. Edmund Burke.

...I'm a great believer in luck and the harder I work, the more I have of it. Thomas Jefferson

...One cannot allow sympathy to eat away at one's conviction.

...Get your facts first, then you can distort them as you please. Mark Twain

...Go to heaven for the climate, hell for the company. Mark Twain.

...I believe that some people would be alive today if there were a death penalty. Nancy Reagan.

...Sometimes the appropriate response to reality is to go insane.

...If it's a good idea, go ahead and do it. It is much easier to apologise than it is to get permission.

...Dictators ride to and fro upon tigers which they dare not dismount and the tigers are getting hungry. Winston Churchill.

...Everything will be alright in the end. If it is not alright, it is not the end.

...The thing about the Internet is that you can get into the private world of creeps without having to smell them. Penn Jillette

...Having a two year old is similar to having a blender but not having a top for it.

...A word to the wise isn't necessary. It's the stupid ones who need the advice...

...Housework can't kill you, but why risk it. Phyllis Diller

...If a country cannot make up its mind precisely why it needs to start a war, it surely had better not start one in the first place.

...The secret of a good sermon is to have a good beginning and a good ending and to have the two as close together as possible. George Burns.

There is no art to find the mind's construction in the face. Shakespeare

...For a polygraph test to be effective, the subject needs to feel anxious or guilty about lying. Habitual liars are often entirely comfortable in their mendacity.

...If you could manage to reduce the number of civilisation's enemies to a minority, you would have done all that was possible. Freud.

...One cannot make the same mistake twice because the second time it is a choice.

...It is easy to prance around like a white knight on a noble stead and criticising others, while sitting astride an ass.