Revolutionary motorbike and a work of art 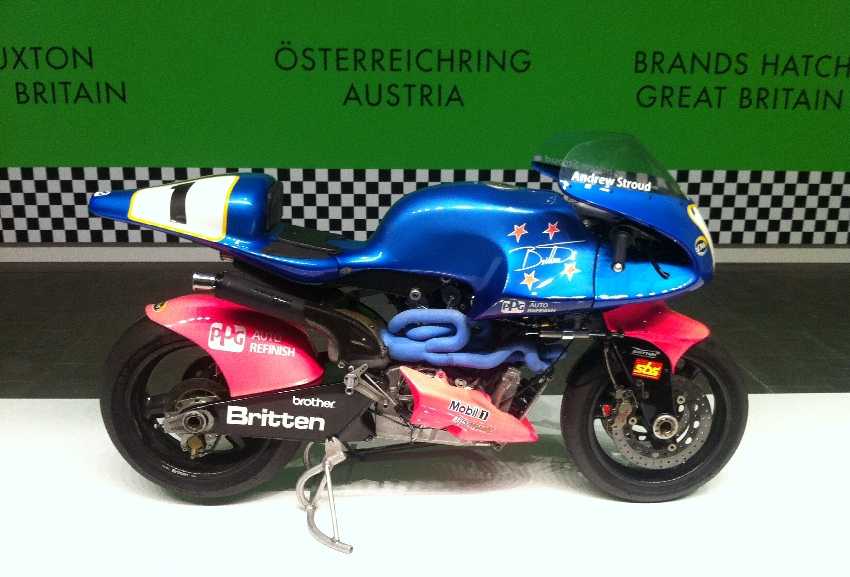 An exhibition entitled Great Britten has been mounted in the Philip Carter Family Auditorium at Christchurch Art Gallery running until 9th November 2016 which focuses on John Britten’s famous motorbike the Britten V1000, the principal exhibit being one of only ten such bikes in the world.

The original machine was designed and built by John Britten and his team in Christchurch, New Zealand in 1992. John Britten’s achievements are even more remarkable considering he was dyslexic. Sadly he passed away in 1995 not long after his fourty fifth birthday as a consequence of a cancer related illness. 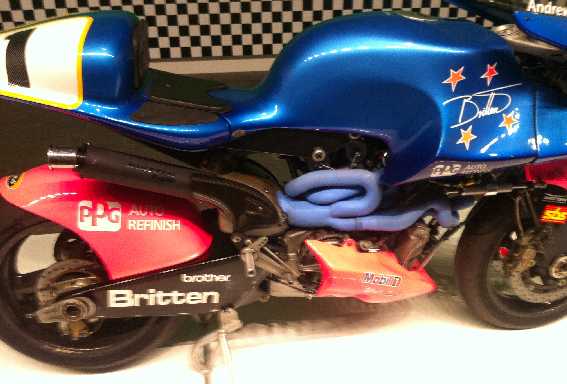 The 1994 version of the V1000 has a hot pink and electric blue livery (John Britten relied exclusively on signwriter Bob Brookland to paint the bodywork of his motorbikes) and was of extreme technical excellence and innovation. It comprises in excess of six thousand individual parts and components.

The engine has double overhead crankshafts with four valves per 99mm cylinder, producing 165 horsepower at 12,400 rpm and lubrication is via a wet sump. Primary drive is controlled by gears, a dry clutch and five speed transmission. Top speed is 303 kph. Its frame (or lack of it) is highly unconventional and composed of carbon fibre and kevlar composites which allowed the bike to be more than 25% lighter (138kg) than competing bikes. 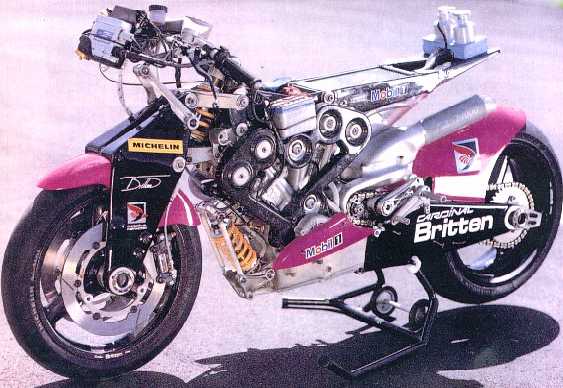