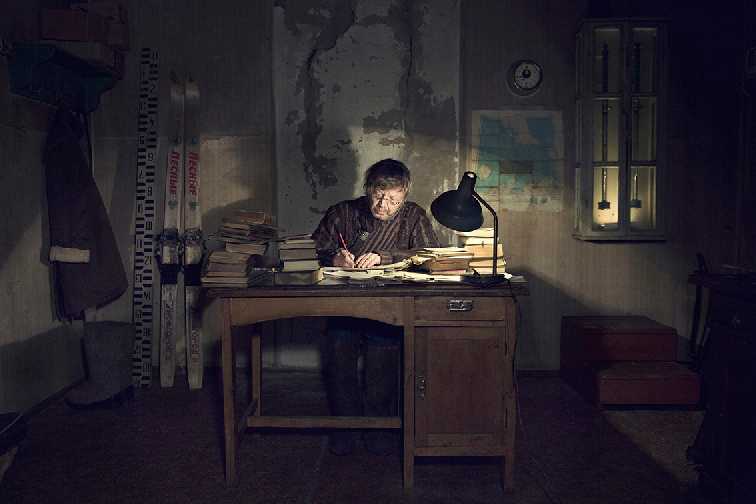 Photographer Evgenia Arbugaeva grew up in Tiksi in the Republic of Yakutia, a northern Russian seaport located on the coast of the Laptev Sea. Her father, a breeder of rare Eastern Siberian Huskies, instilled in his children a love of nature and adventure. 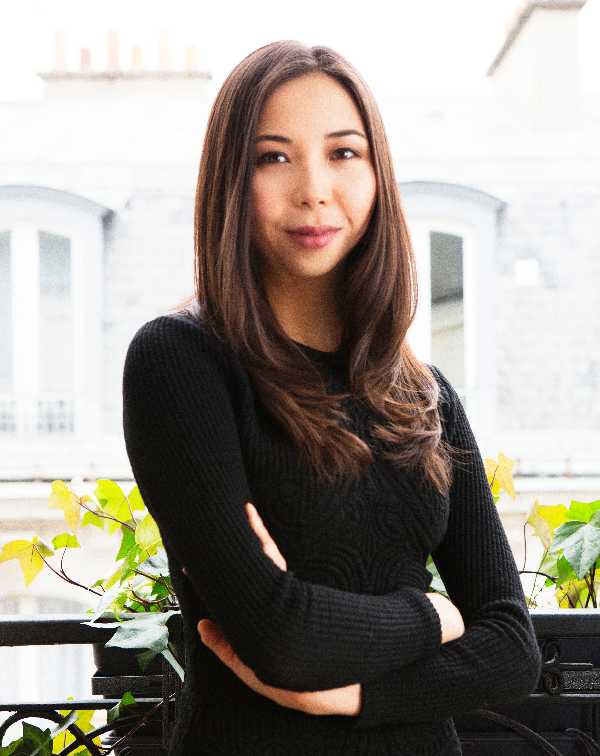 In 2009, Evgenia graduated from the International Center of Photography’s Documentary Photography and Photojournalism program in New York and since then has worked as a freelance photographer.

She has been a winner of various competitions and she is a recipient of the ICP Infinity Award, Leica Oskar Barnack Award and the Magnum Foundation Emergency Fund Grant. Her work has been exhibited internationally and appeared in such publications as National Geographic, Mare, Le Monde, and The New Yorker magazines, among others.

In her latest series “Weather Man”, the images reflect her lifelong fascination with those who work in the remote meteorological stations of the Arctic. 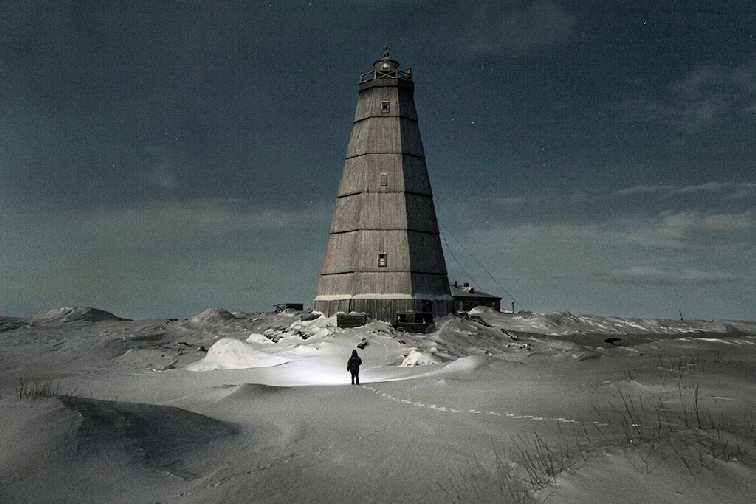 In the Spring of 2013 Evgenia set out on a sled dog trek with her father, brother and two of her father’s friends. They travelled across the Arctic Ocean and the New Siberian Islands which are totally uninhabited. On the trip they came across two meteorological stations with two or three people working there and they sheltered in one during a severe storm. She was fascinated by the people living in the middle of nowhere and thought there was something for her to explore there.

The trip gave rise to her ongoing interest and she wanted to visit other weather stations. Evgenia arranged to travel aboard an icebreaker which travels to all weather stations once a year to deliver supplies. It was a two-month journey and she visited around twenty stations but came to the realisation that she should be looking for the stations of the type she recollected from her childhood. 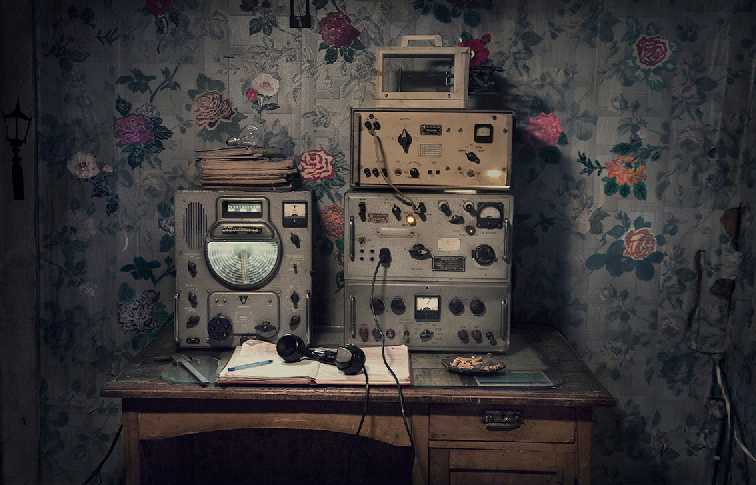 Fortunately the icebreaker stopped at Khodovarikha Station and it was while she was there she met Slava (Vyacheslav Korotki) and inspected the station. Slava didn’t talk much but the two of them got along very well. She later investigated the possibility to returning to Khodovarikha Station and discovered the only way to do that was via helicopter. Evgenia successfully sought sponsorship from the Leica Company and she arrived in Khodovarikha on New Year’s Eve 2013 in the depths of the Polar night and stayed for three weeks. She returned again in September 2014 for another two weeks, this time thanks to a grant from the Photo De Mer Festival. 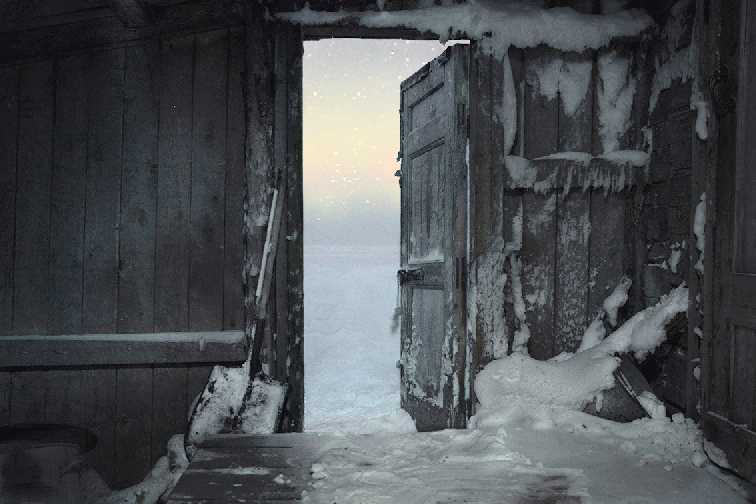 Evgenia describes how she worked on the Weather Man series for one year and finally had 14 images. She said “I am not so interested in showing the reality of the place, but little pieces, moments which contribute to the fairytale which I feel when I am there.” 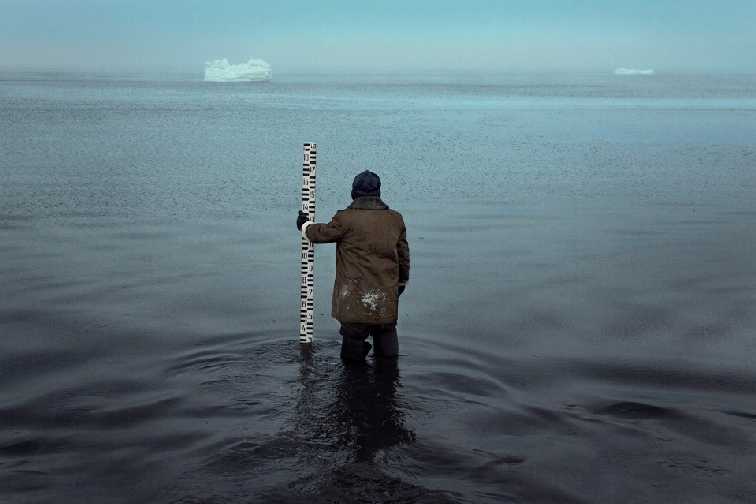 The importance of what Evgenia has captured is somewhat heightened because the 1930s station is no longer having been replaced by a modern, generic construction. Slava is to retire and return to his hometown of Arkhangelsk, also in northern Russia, near the White Sea. 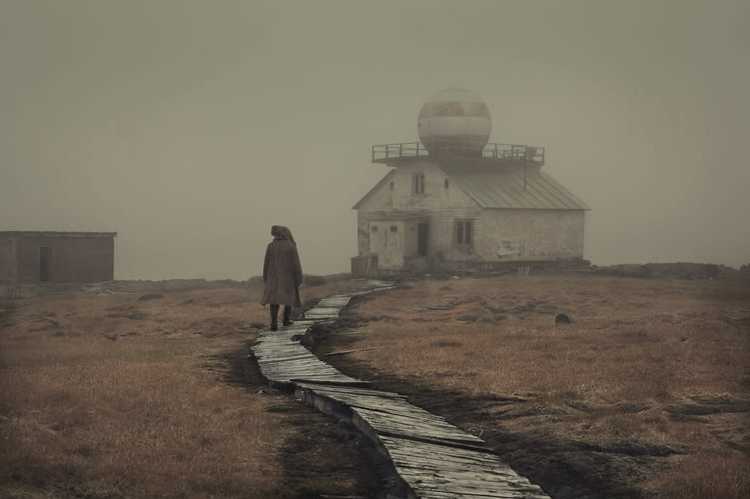 Over the years Slava has returned to Arkhangelsk from time to time. His wife lives there but how will he cope living in an inhabited settlement, after so many years spent in isolation remains to be seen. Evgenia talked a lot with him about that and it seems that he doesn’t see himself living in a city because he cannot cope with the traffic, he’s afraid of cars and doesn’t like the fact that he needs to walk only in certain places. He’s used to walking where he wants to. He doesn’t understand why everyone is rushing and why people can be so rude, why nobody stops to talk and to say hi. He plans to return to his parents’ old home situated by a river where he can be at peace with nature. 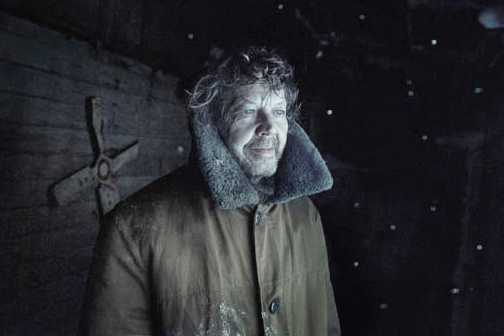