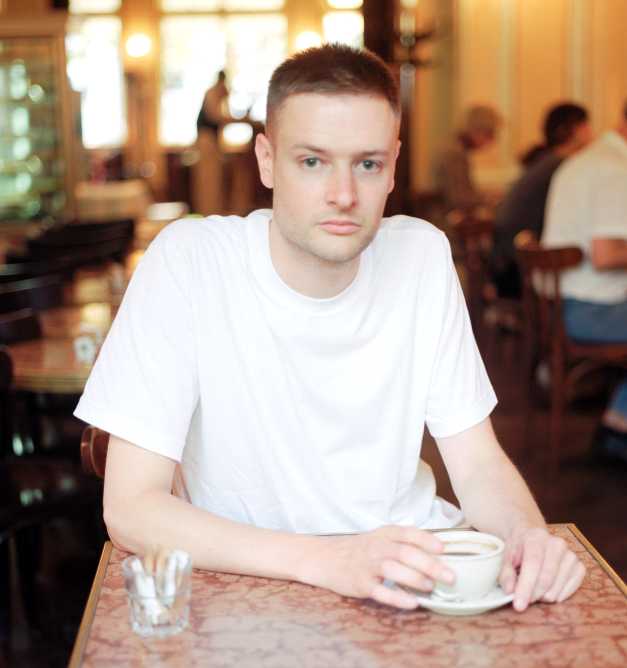 New Zealand’s entry was housed in the grand salon of the Biblioteca Nazionale Marciana located in the Piazzetta San Marco in the heart of Venice which is not only one of the finest buildings in Venice but also home to priceless works of cartography, art and literature. 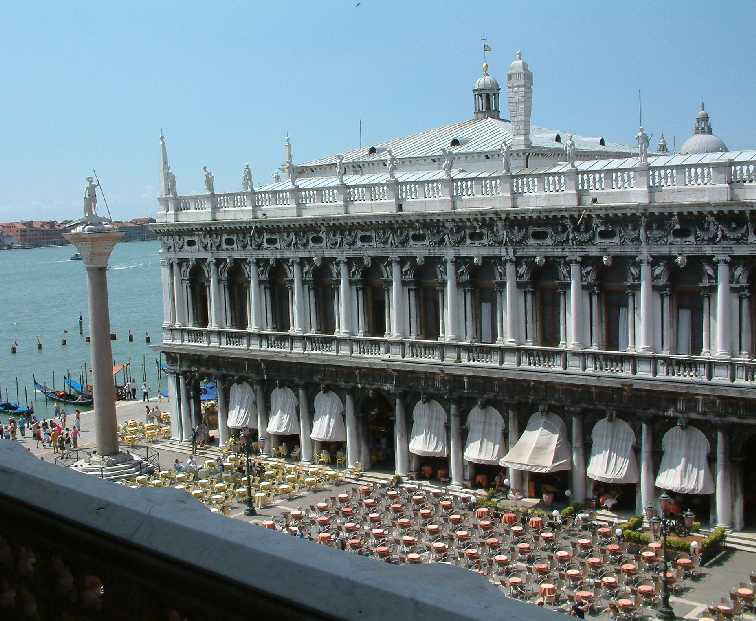 Its grand hall is covered in paintings of philosophers, and its ceiling with allegorical images concerning acquisition of knowledge. 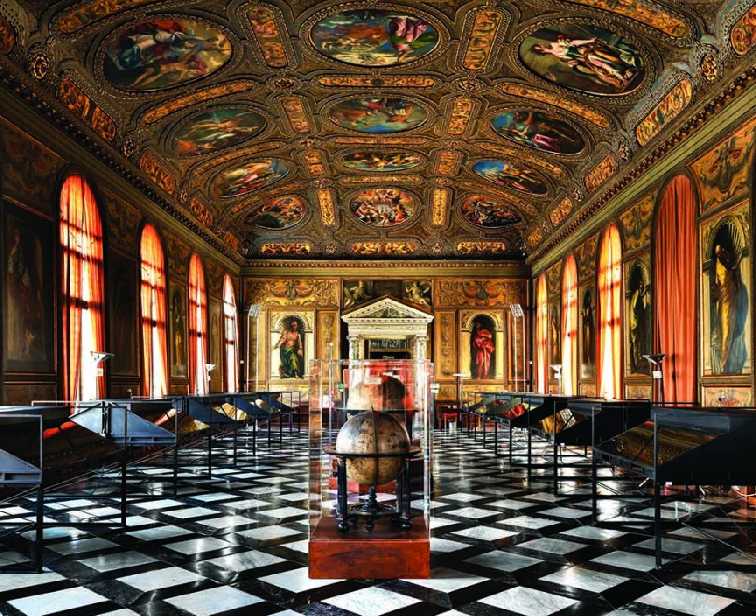 The New Zealand Commissioner for the 2015 Venice Biennale was Heather Galbraith. One of New Zealand’s most experienced contemporary art curators and writers, Robert Leonard was the curator and he has held curatorial positions at the National Art Gallery, Govett-Brewster Art Gallery, Dunedin Public Art Gallery and Auckland Art Gallery, and was Director of Artspace, Auckland. After his role as  Director of the Institute of Modern Art, Brisbane, since 2005, his most recent appointment was Chief Curator at City Gallery Wellington. His assistant curator was Alex Davidson, a graduate of the University of Auckland. She was Curatorial Assistant at Artspace in 2012 and her role is generously supported by Dame Jenny Gibbs. 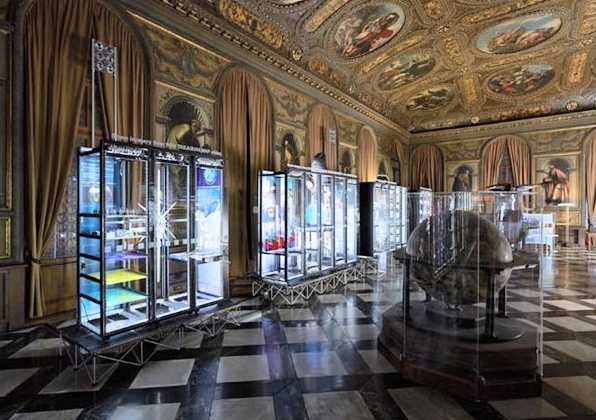 Simon Denny’s Venice Biennale exhibit, “Secret Power” is described as a case study of the visual culture at the U.S. National Security Agency (NSA). The installation takes the form of a server room housing a line-up of nine computer server racks and a workstation. Pictorial and sculptural interpretations of Edward Snowden PowerPoint slide images together with images relating to David Darchicourt who worked for the NSA for seventeen years as a graphic designer 1996-2001 and was its creative director of defence intelligence 2001-12. Imagery is integrated into the racks and workstation, along with functioning LED lighting alluding to computer equipment storing information the world can’t access. 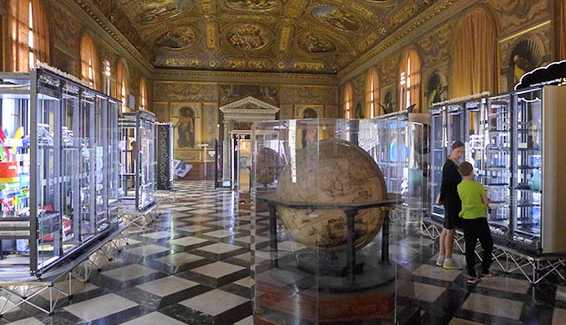