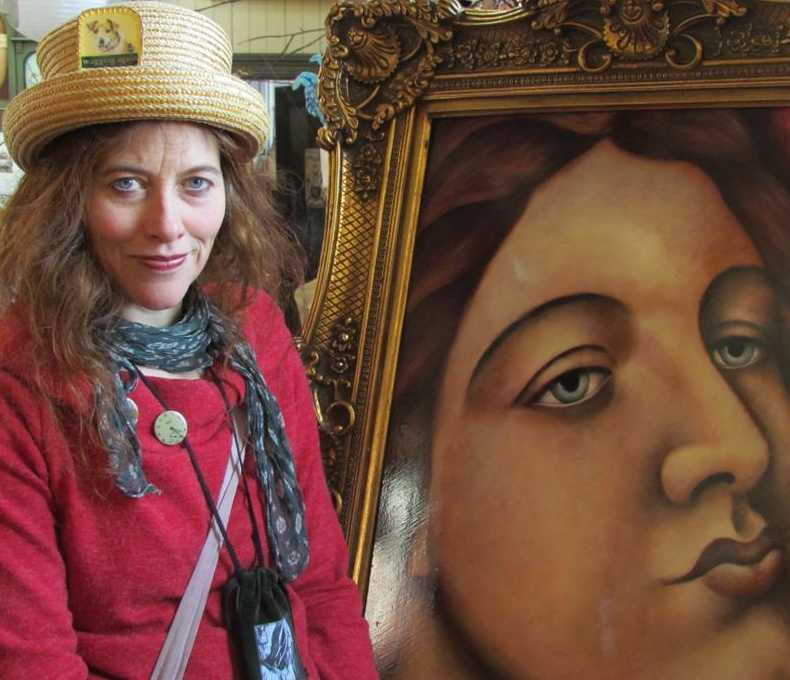 Upon first entering "The Grainstore Gallery" it can take some time to come to grips with the amazing and eclectic array of exhibits on display, many of which are available for sale.

Donna Demente oversees "The Grainstore Gallery" housed in what was a wool-store loft in the renowned historic Victorian buildings precinct of Oamaru, New Zealand. 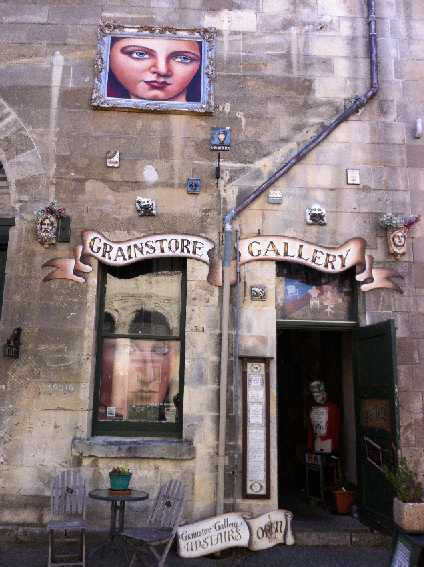 Donna is a 1987 graduate of the University of Auckland's Elam School of Fine Arts. She specialises in extreme close-up portraiture, with an emphasis on eyes and she also works with masks etc. 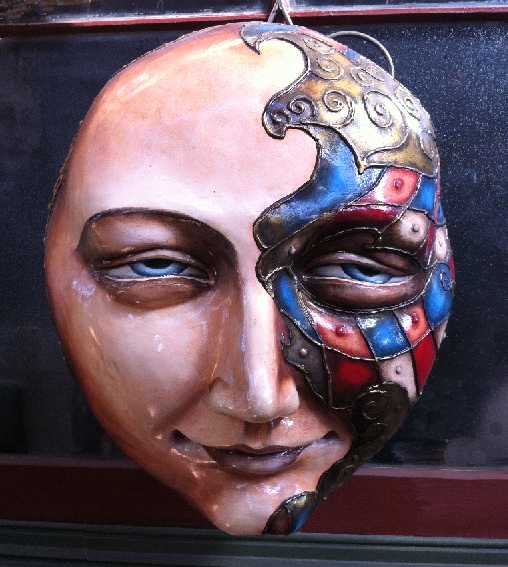 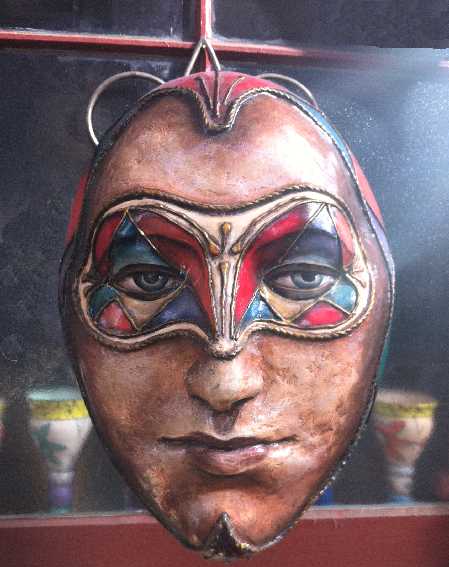 Since 1997 she has mounted numerous solo exhibitions in galleries around New Zealand including the Dunedin Public Art Gallery in 1993, the Eastern Southland Public Gallery in 1992 and 1994, the Robert McDougal Gallery in Christchurch in 1995, The Forrester Gallery in Oamaru in 1996 and 1998 and the Aigantighe Gallery in Timaru in 1997. 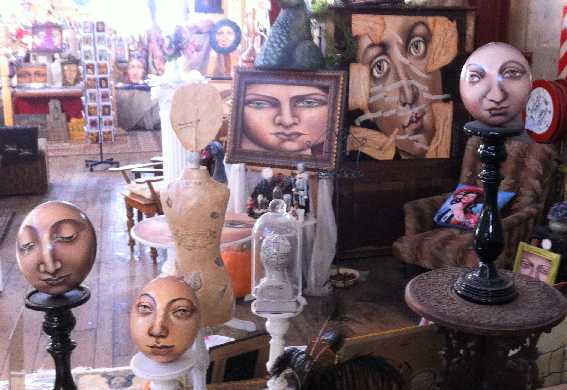 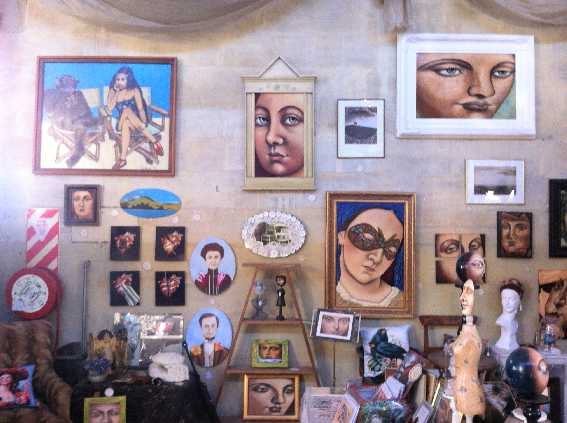 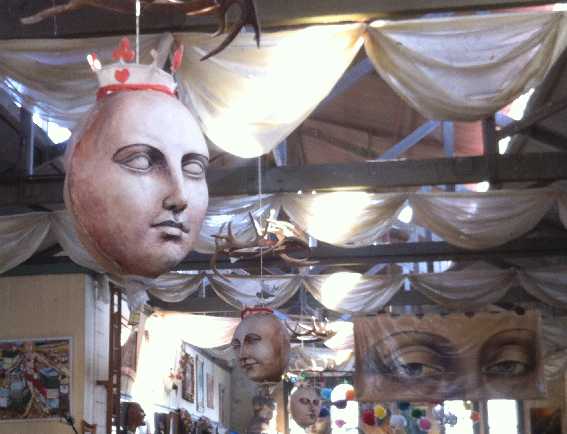 She has undertaken commission work (“Sandow’s Microvaudevillian Thrillorama”) for Te Papa Tongarewa and which has been on permanent display there since 2001.

Several of her works are held in the Wearable Arts Museum in Nelson and they have toured internationally. Her Wearable Arts awards achievements include; 1991 - Supreme Award Winner (Pallas Athene), 1996 – Wedding Section Winner, 1997 – Directors Choice Award Winner, 2003 – “Ikowimono” was submitted to the Creative Excellence section. 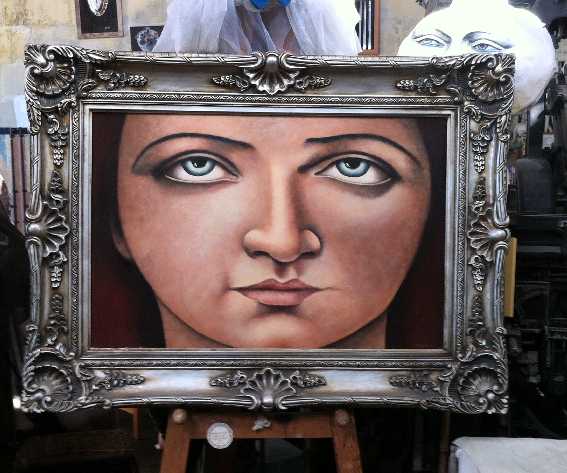 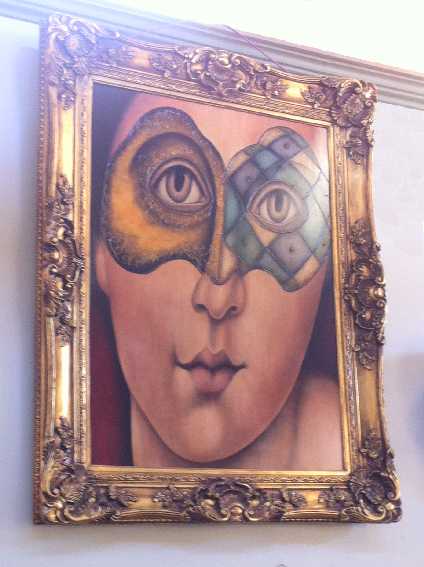 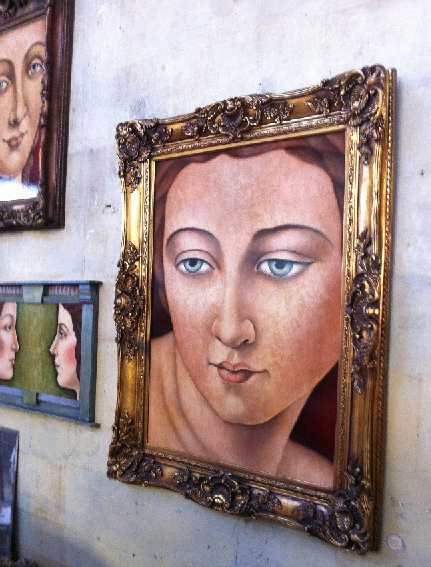 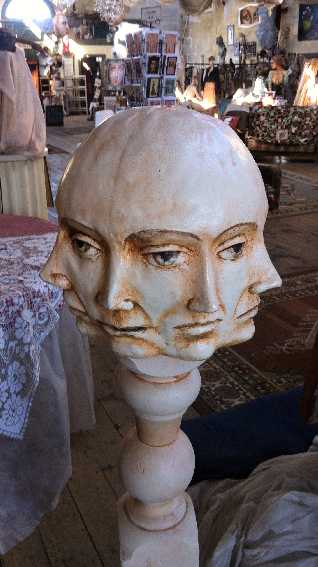 She is widely known for her unique lacquered, paper-mâchè sculptures of Greek Goddesses and Carnival Characters and she says that Venus di Milos, Jesters, Saints and all manner of female forms provide the stimulus for her imagination. Her magical and melancholic caricature faces are fabulously decorative and she makes use of symbolism from Victoriana, Astrology, Alchemy Renaissance and Medieval art, all of which contribute to her many and fascinating works.

Rejigit thoroughly recommends stopping off at No.9 Harbour Street, Oamaru and losing yourself in the fascinating world within The Grainstore Gallery.