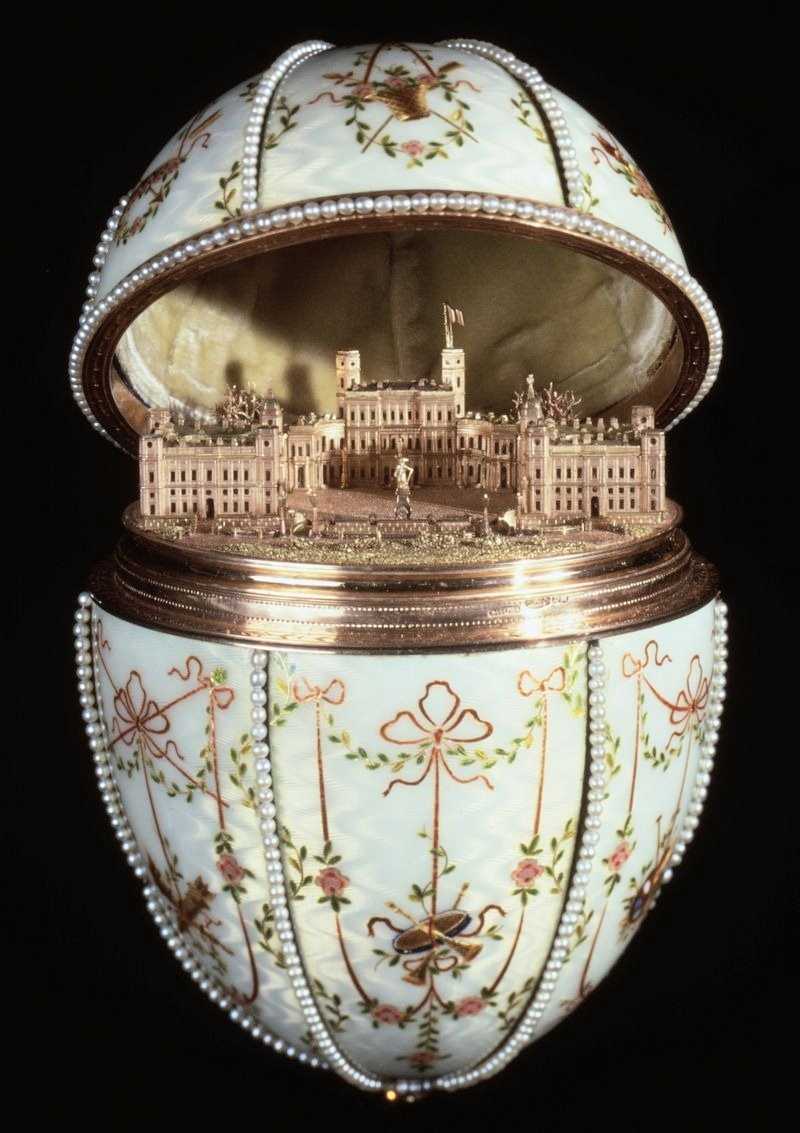 In 1885, the Russian Tsar Alexander III commissioned Peter Carl Fabergé, the Royal Jeweller, to create an Easter Egg for him to gift to his wife Czarina Maria Fedorovna to mark their twentieth wedding anniversary. Fabergé designed a replica white egg which when opened, revealed a golden yolk inside. Within the yolk was a golden hen, and concealed within the hen was a diamond miniature of the royal crown and a tiny ruby egg. Empress Maria was so delighted by the gift that the Tsar appointed Fabergé "Goldsmith by special appointment to the Imperial Crown" and ordered that a new Easter Egg be created each year and each egg was to contain a surprise. 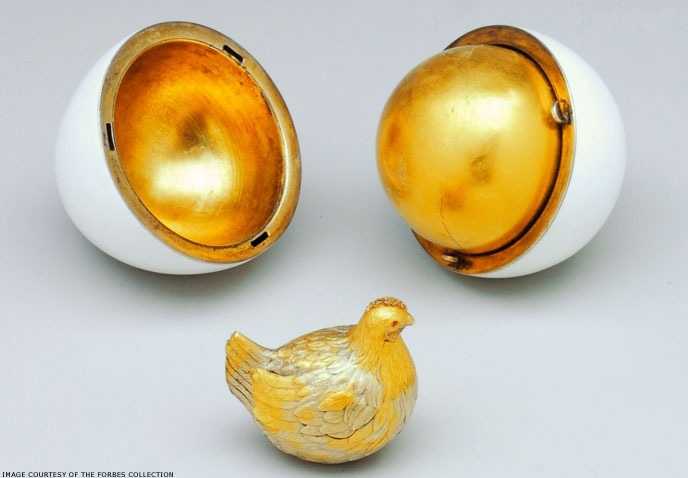 The surprises were to maintain a constant link with the Imperial court and ranged from a miniature replica of the Coronation carriage, to a heart-shaped frame on an easel with eleven miniature portraits of members of the Imperial family. All the eggs were made of precious metals such as gold and platinum and studded with diamonds, emeralds, rubies and other precious gems. One of the most expensive was the 1913 Winter Egg, which would have cost US$3.06 million in terms of present values and was sold at auction in 2002 for US$9.6 million. Of the original fifty eggs, forty three survive. 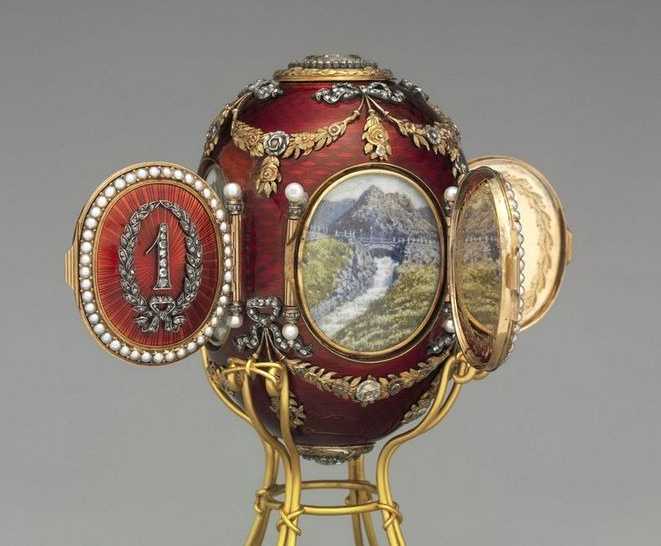 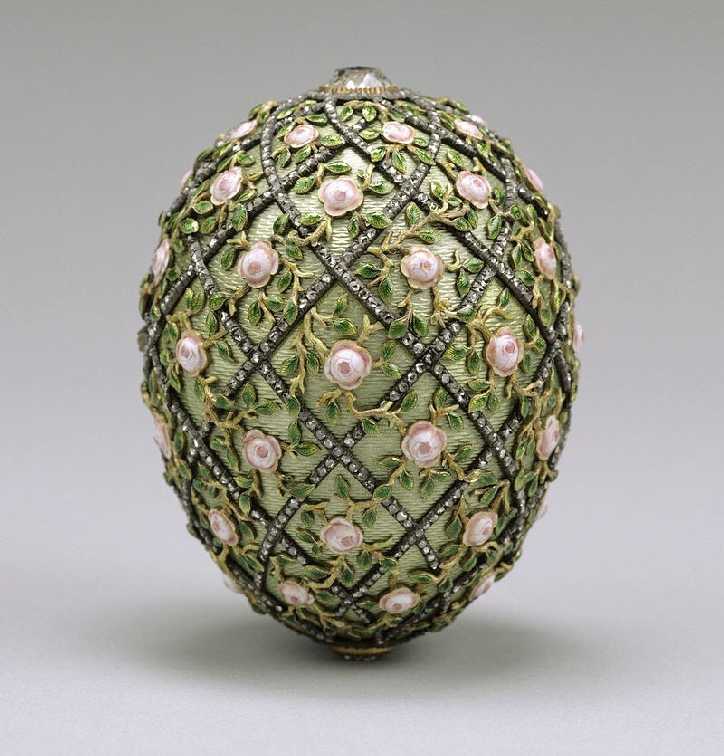 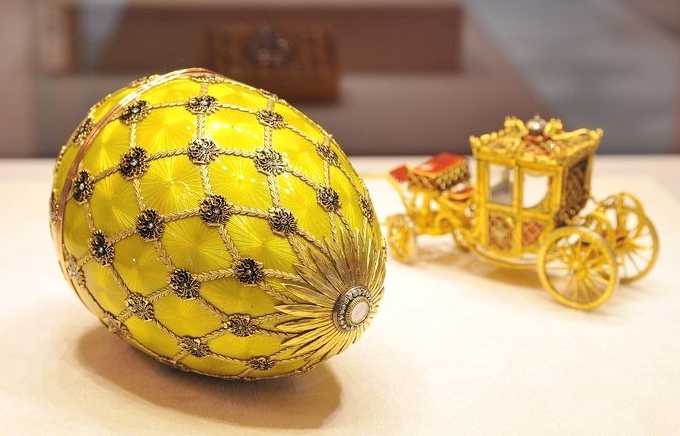 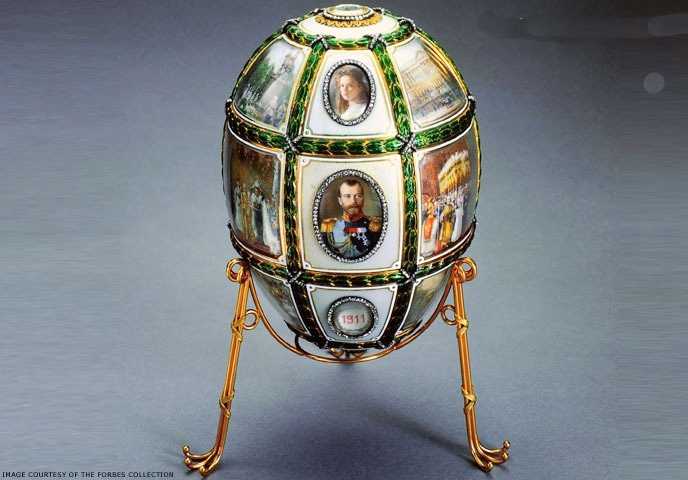 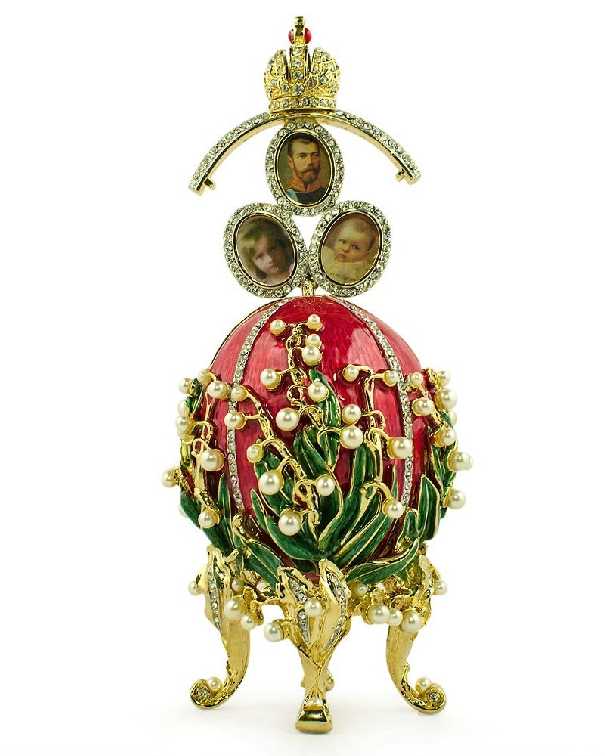 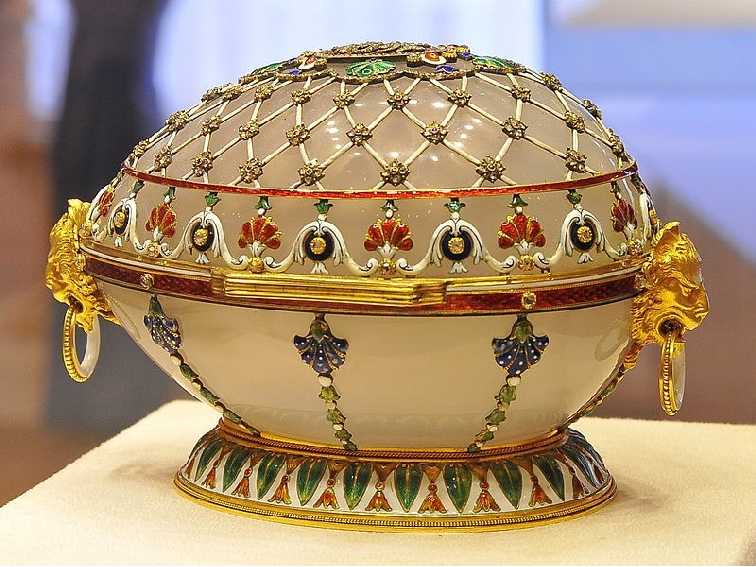 The Renaissance egg, 1894. It was the last egg that Alexander presented to Maria. 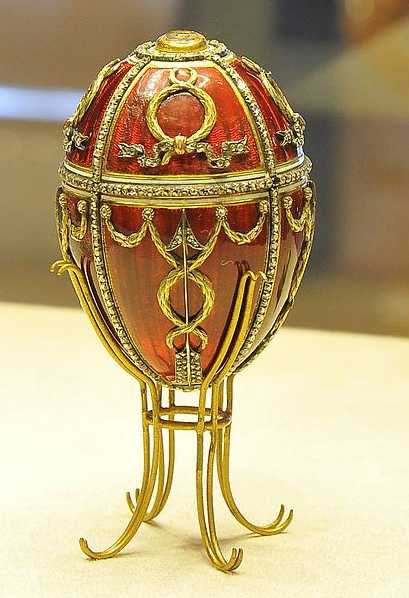 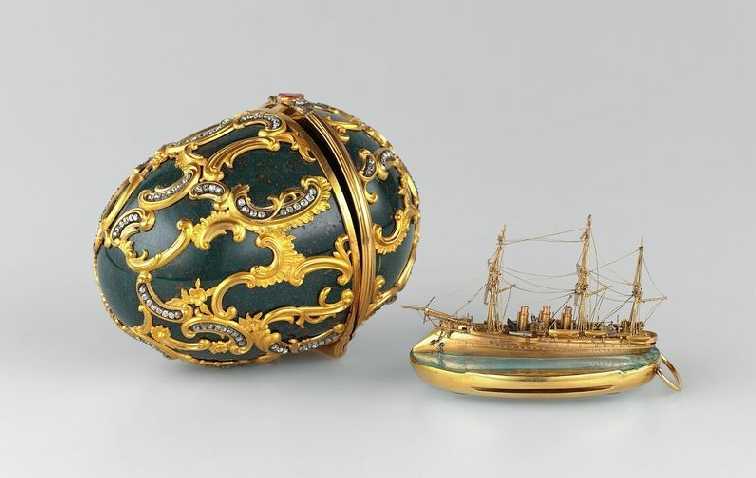 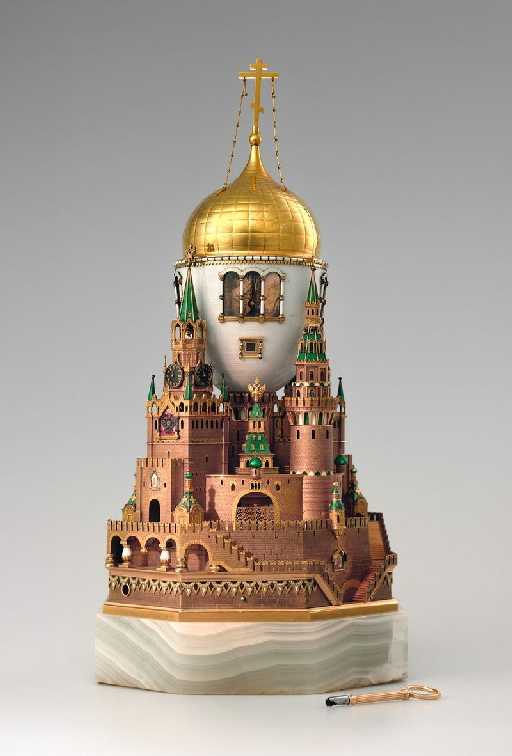 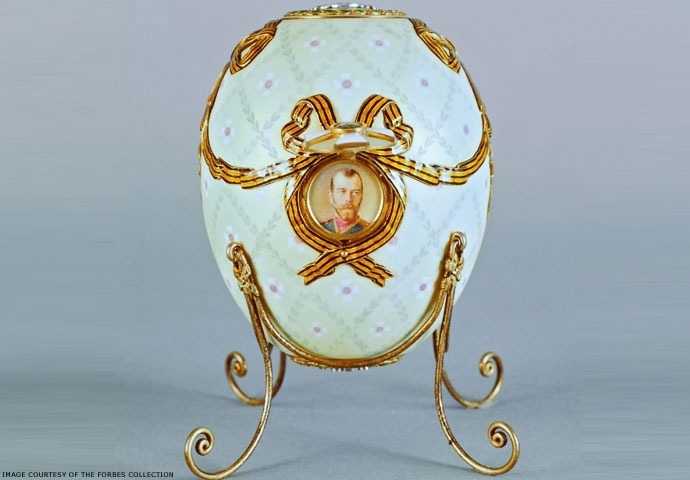 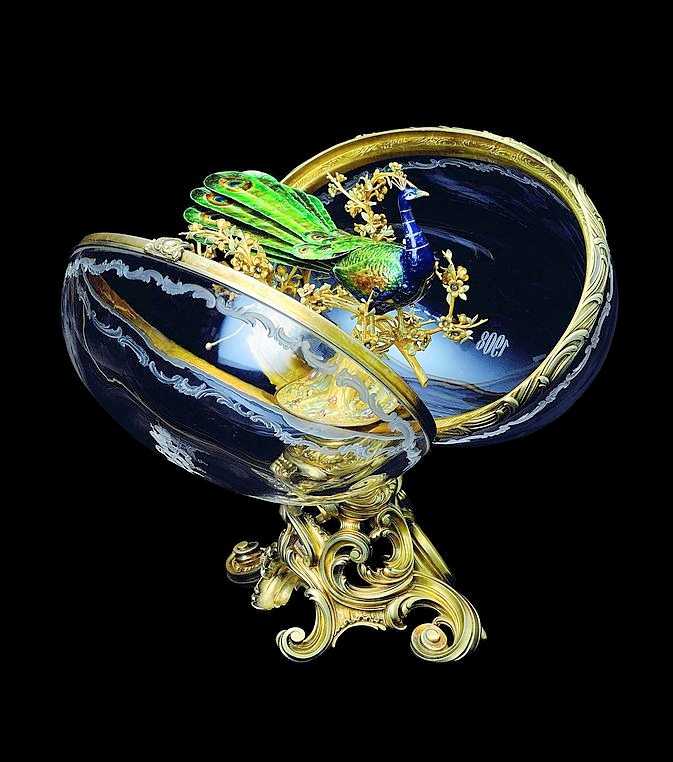