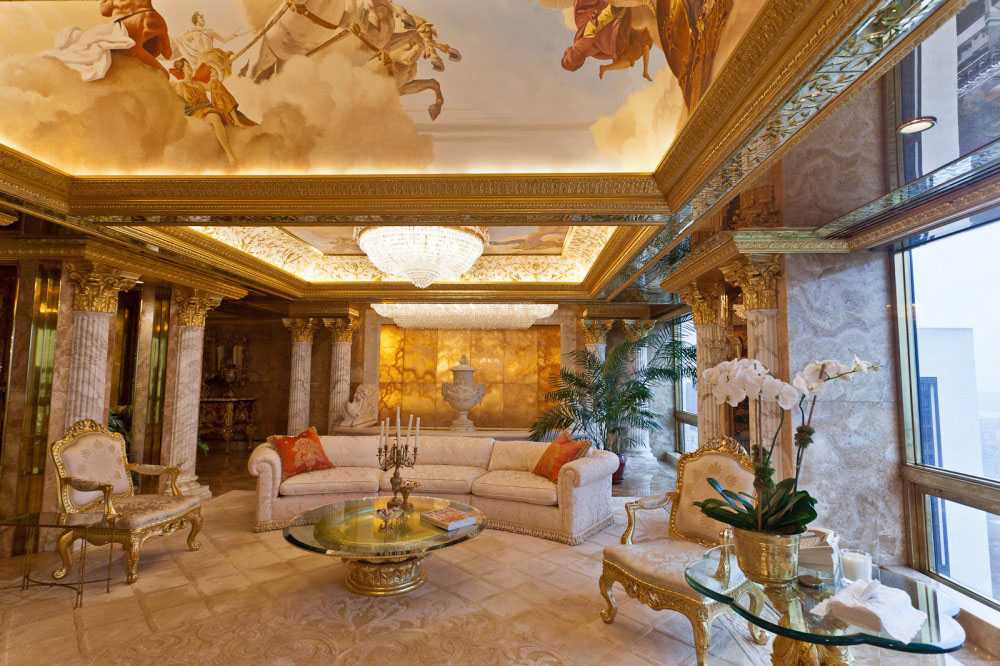 The three stories feature floors, walls and columns covered in marble and gold decoration. The decor is an eccentric mix of floor to ceiling marble, chandeliers, pillows bearing Trump's coat of arms, statues and art worth millions of dollars.

A statue depicting Eros & Psyche is displayed in the apartment and sitting above a white marbled fireplace is a rendition of Apollo, Zeus's son.

The penthouse design appears to have been inspired by the Palace of Versailles which was occupied by Louis XIV, France’s absolute monarch from 1643 – 1715. The king conducted a very aggressive foreign policy and his political principles bore no resemblance to democracy. There may be more of a resemblance between Louis XIV and Trump than their mutual taste, or lack of it, in interior design.

The penthouse property was completed in 1983 and is now estimated to be valued at at US$100 million.

The original architectural concept was by Shimo Zukushichi and the décor was the work of designer Angelo Donghia who died in 1985 age 50. 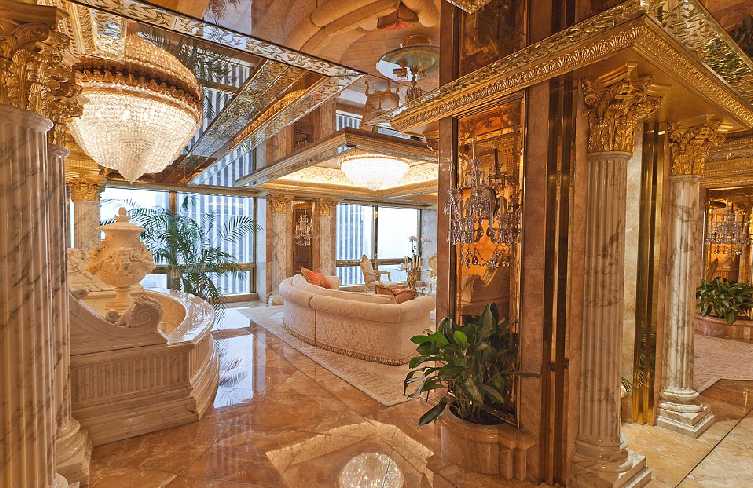 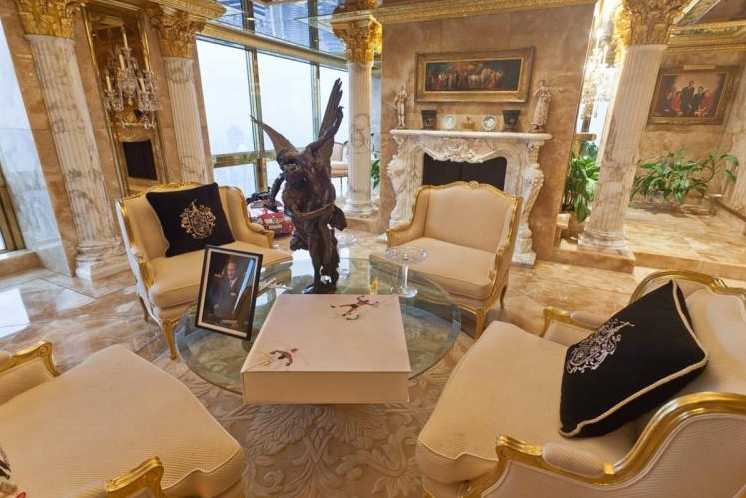 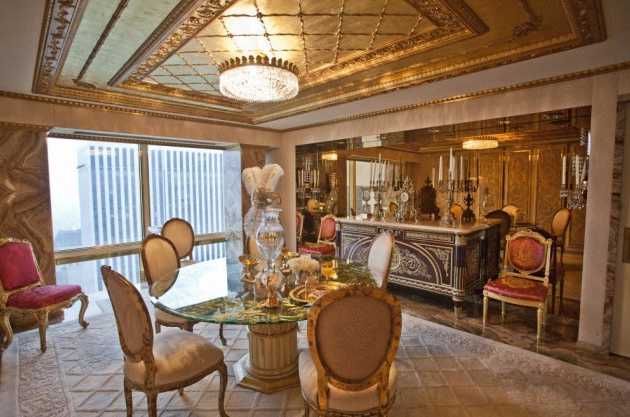 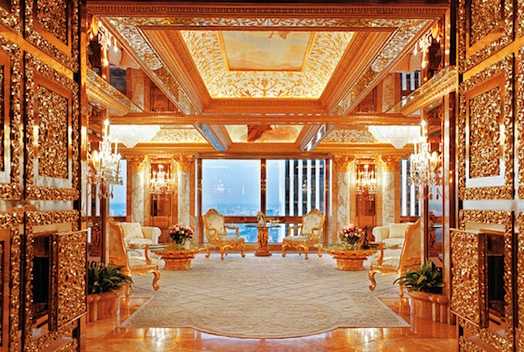 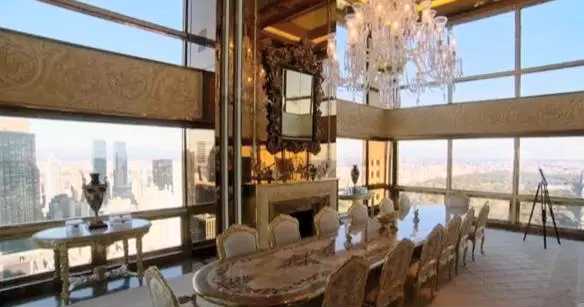 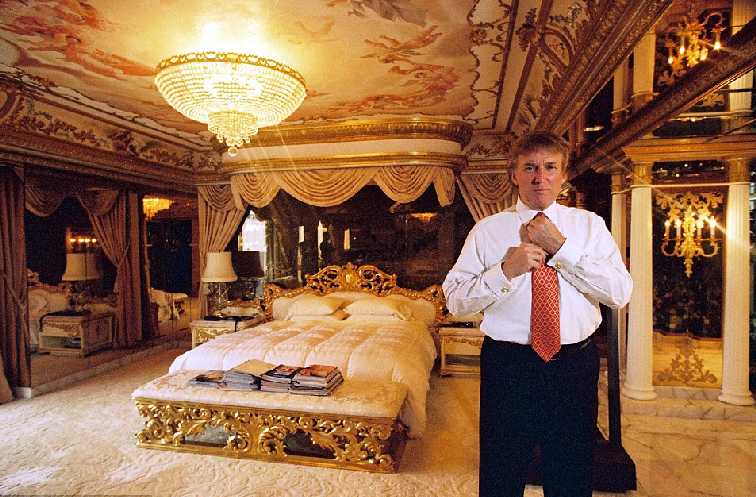 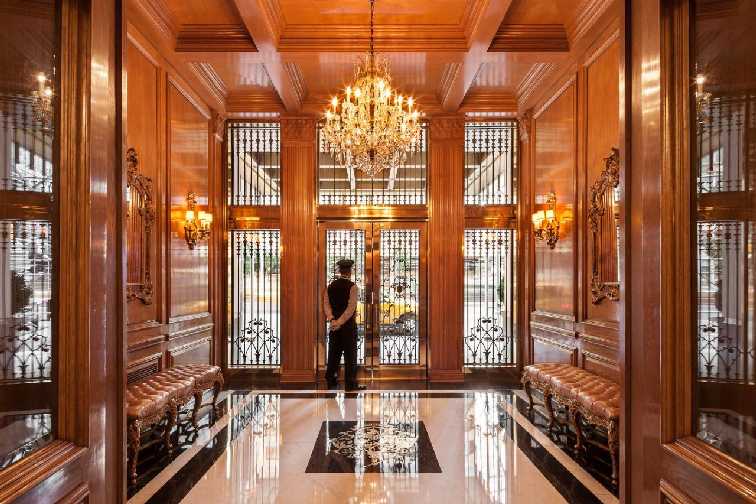