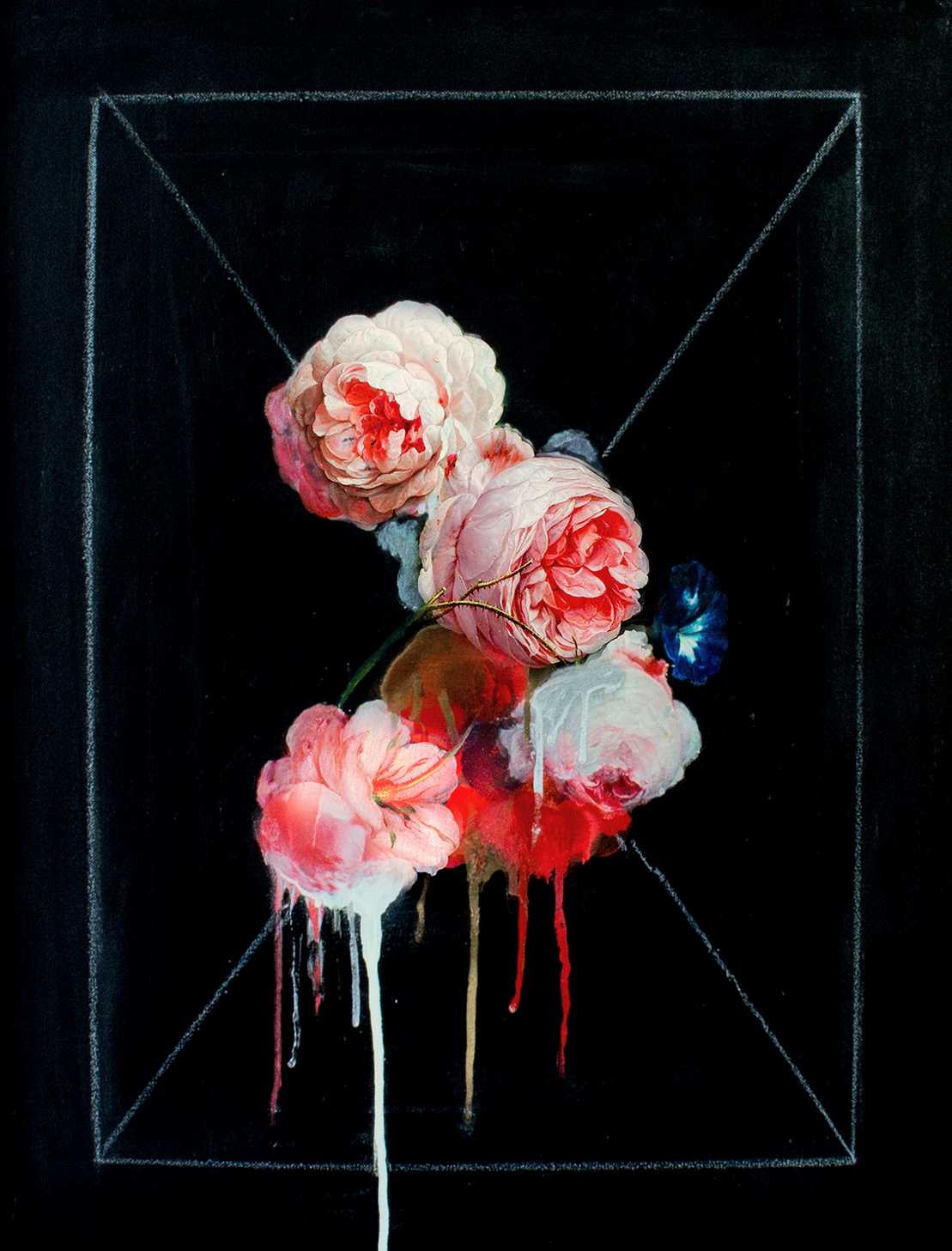 Ted Pim is an artist based in Belfast who studied at the University of Ulster and is rapidly gaining international recognition for his ethereal and unique still life works. The floral images in this article are from his Flower Series II.

Ted grew up in a working class Catholic area in Belfast during the latter period of the ethno-nationalist conflict in Northern Ireland which may have influenced the subject matter of some of his production.

At the outset his canvases were the derelict walls of abandoned buildings in the U.S. and Europe. He sought out dark corners where he spent days creating large and sometimes unearthly murals.

Having completed each mural, he would photograph the masterpiece and then never return to its resting place. Perhaps some of his earlier graffiti works are yet to be discovered.

He has said that he finds inspiration from old masters such as the historic Italian artist Michelangelo Caravaggio and the Dutch artist Rembrandt. His creations tend to be of large scale and his aesthetic likely to be influenced by the Baroque style.

He endeavours to keep his identity hidden in order allow him to go about his work without interruption. 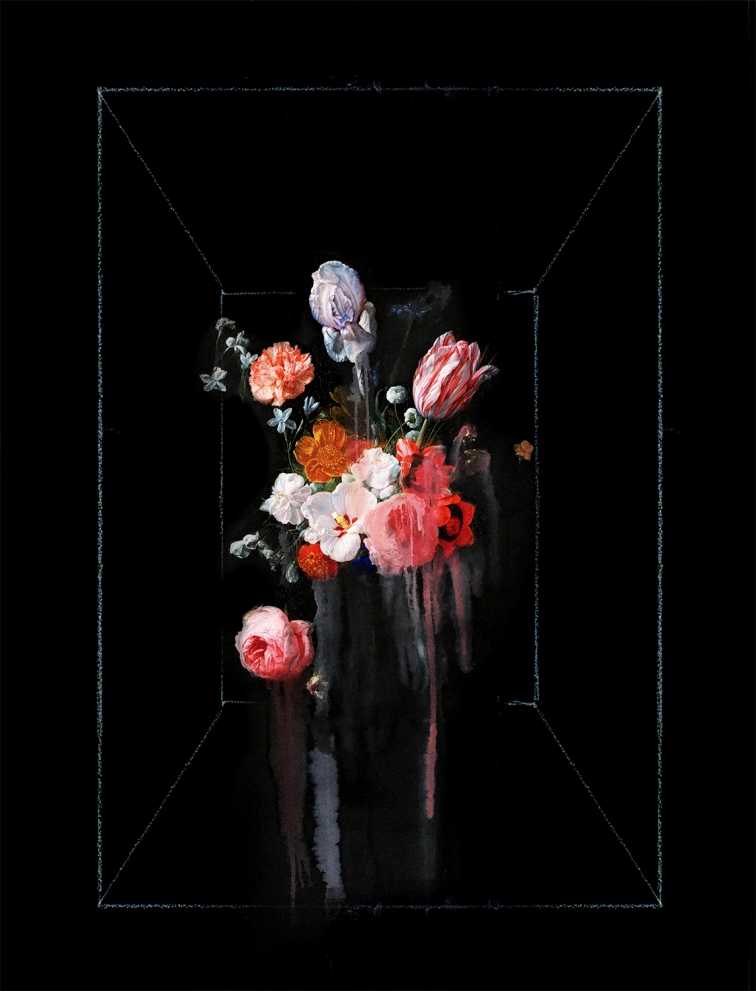 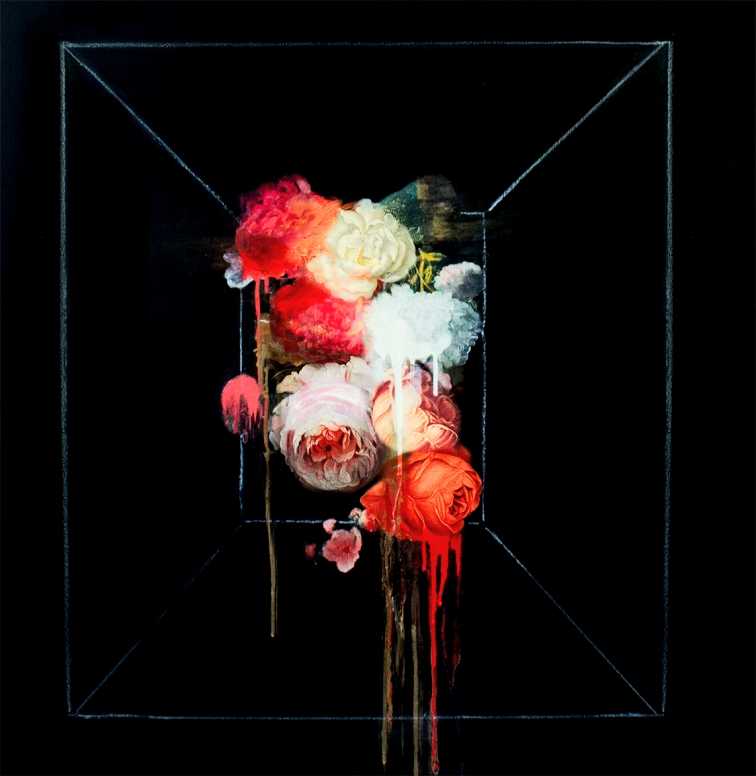 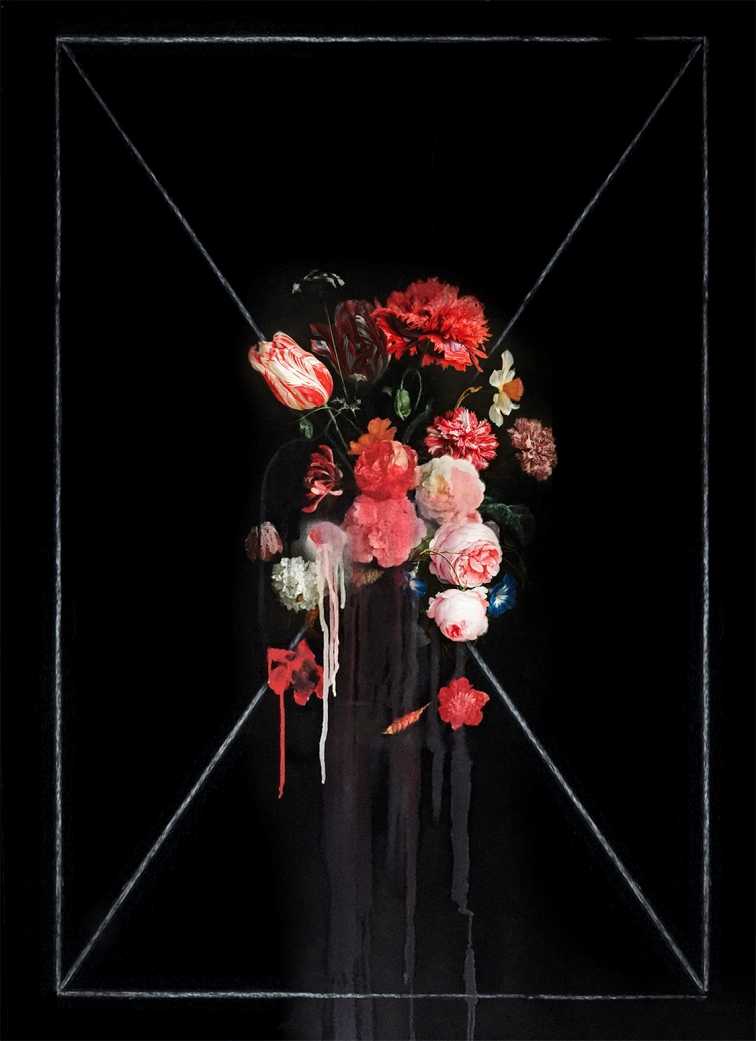 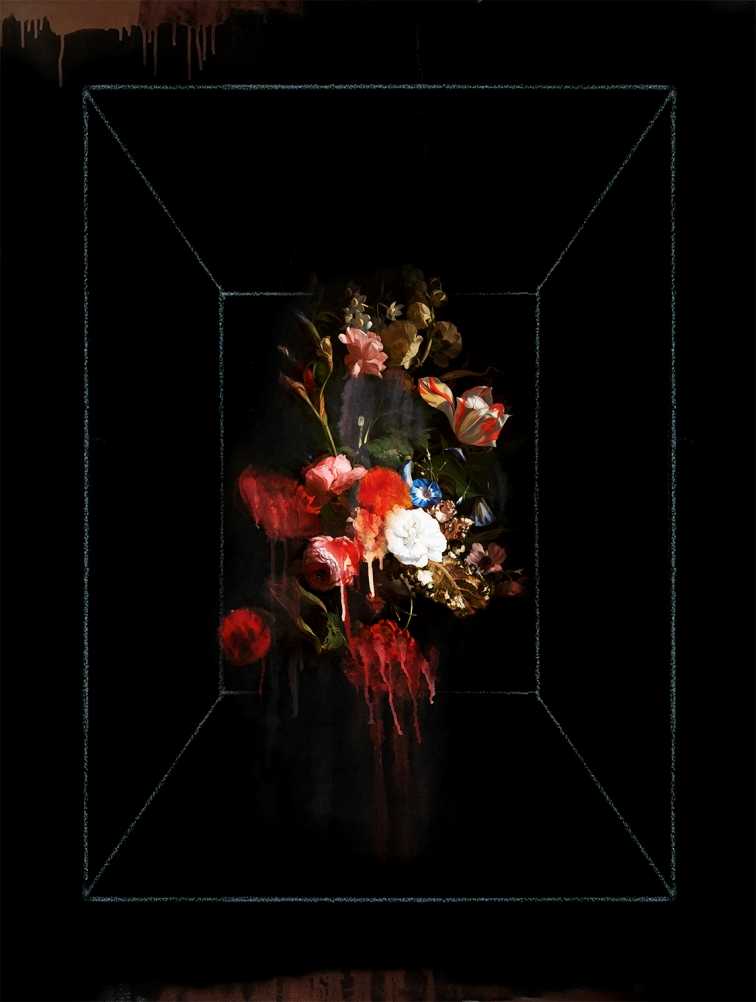 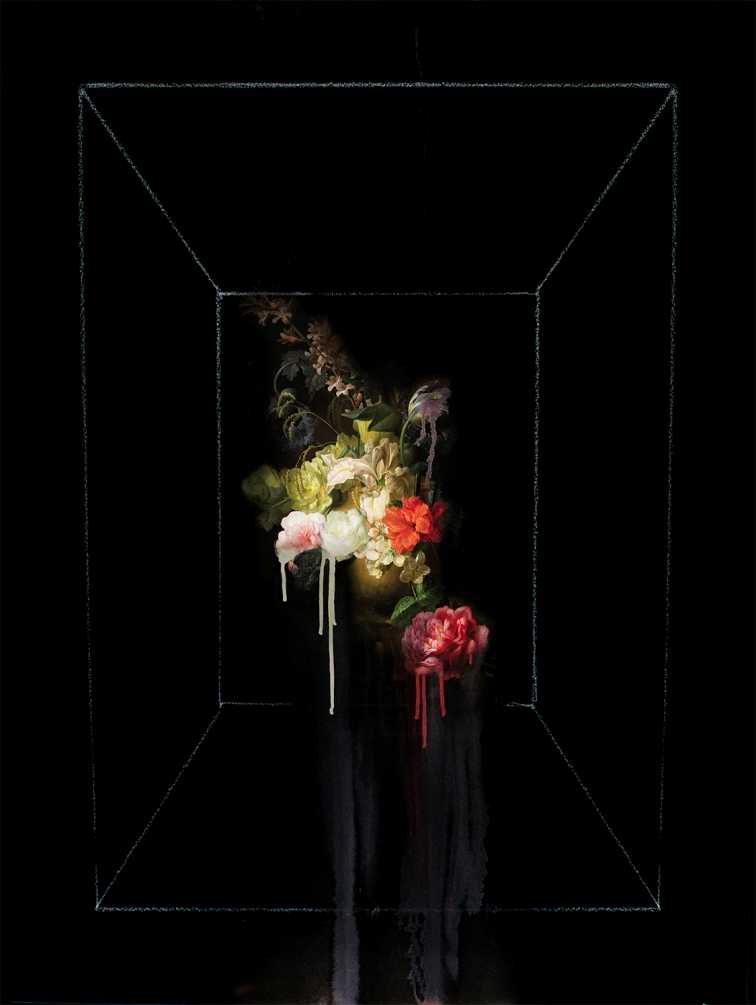 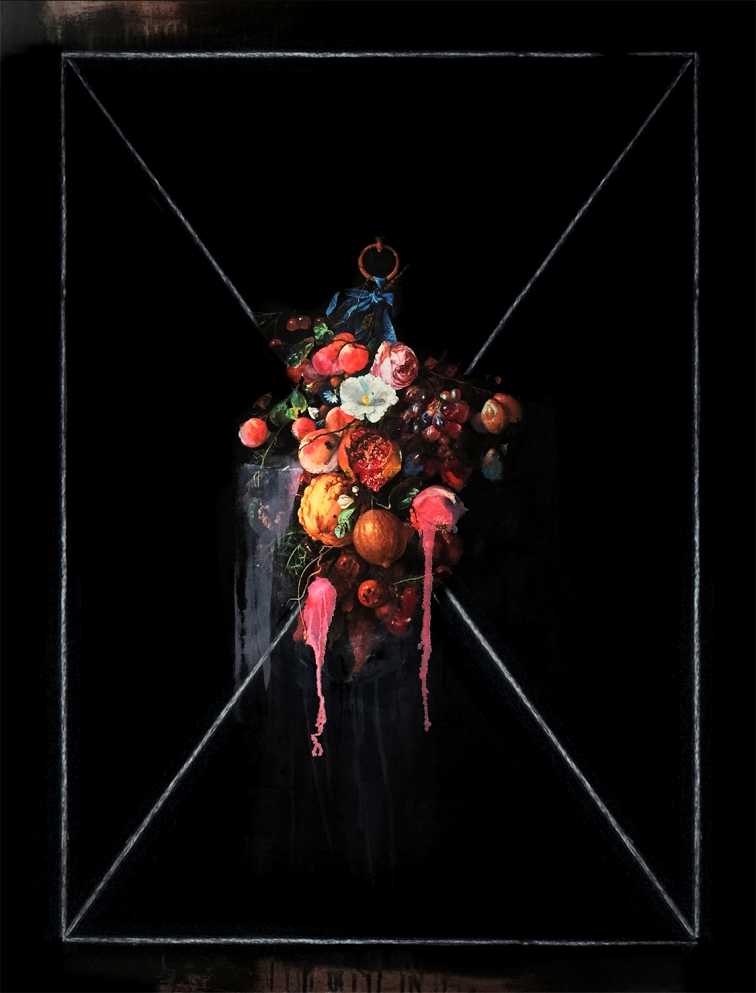 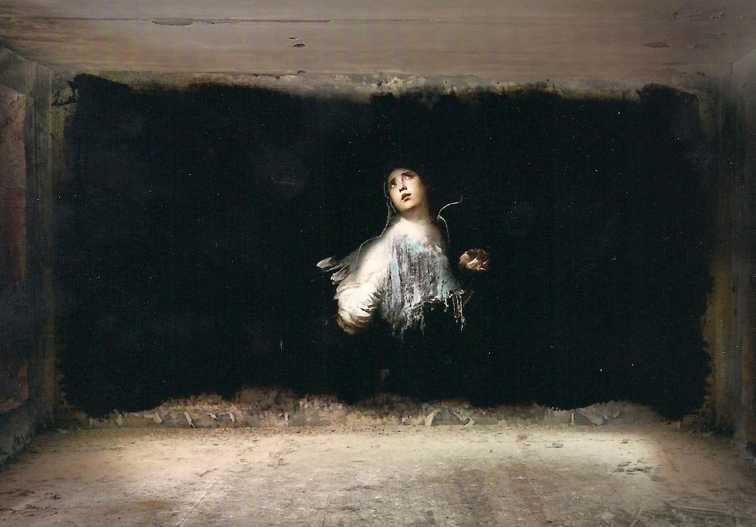 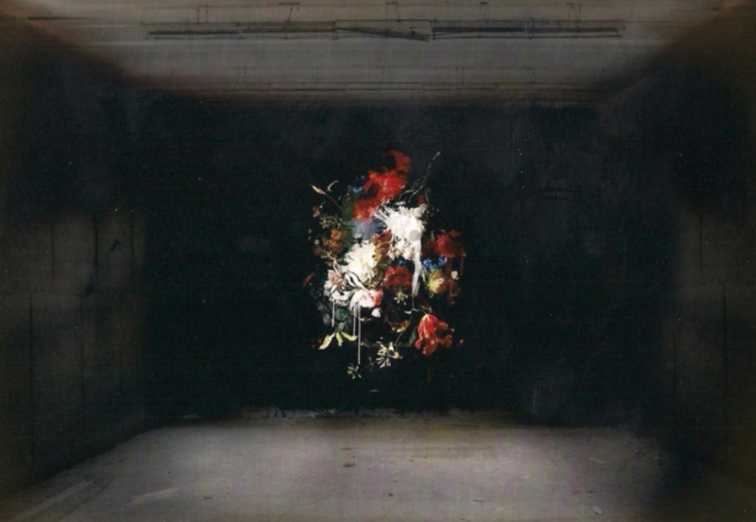 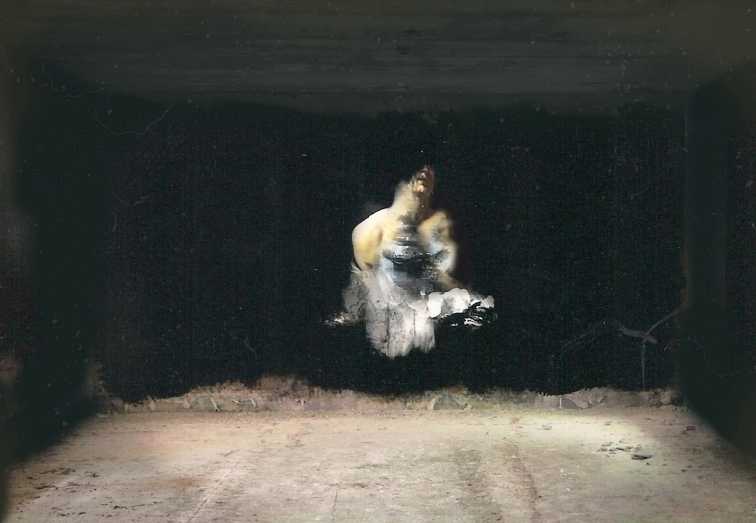 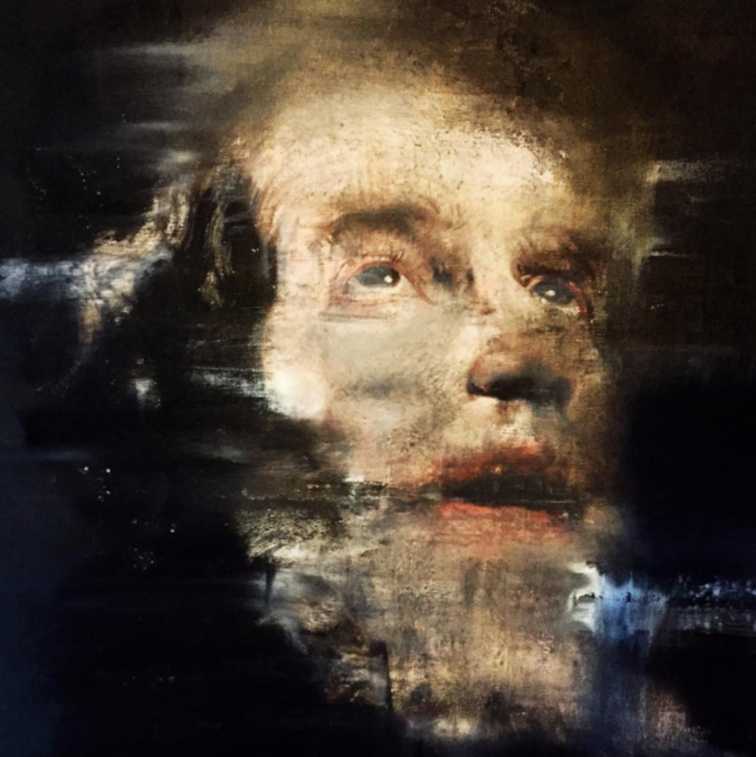 A current canvass being worked on by Ted Pim