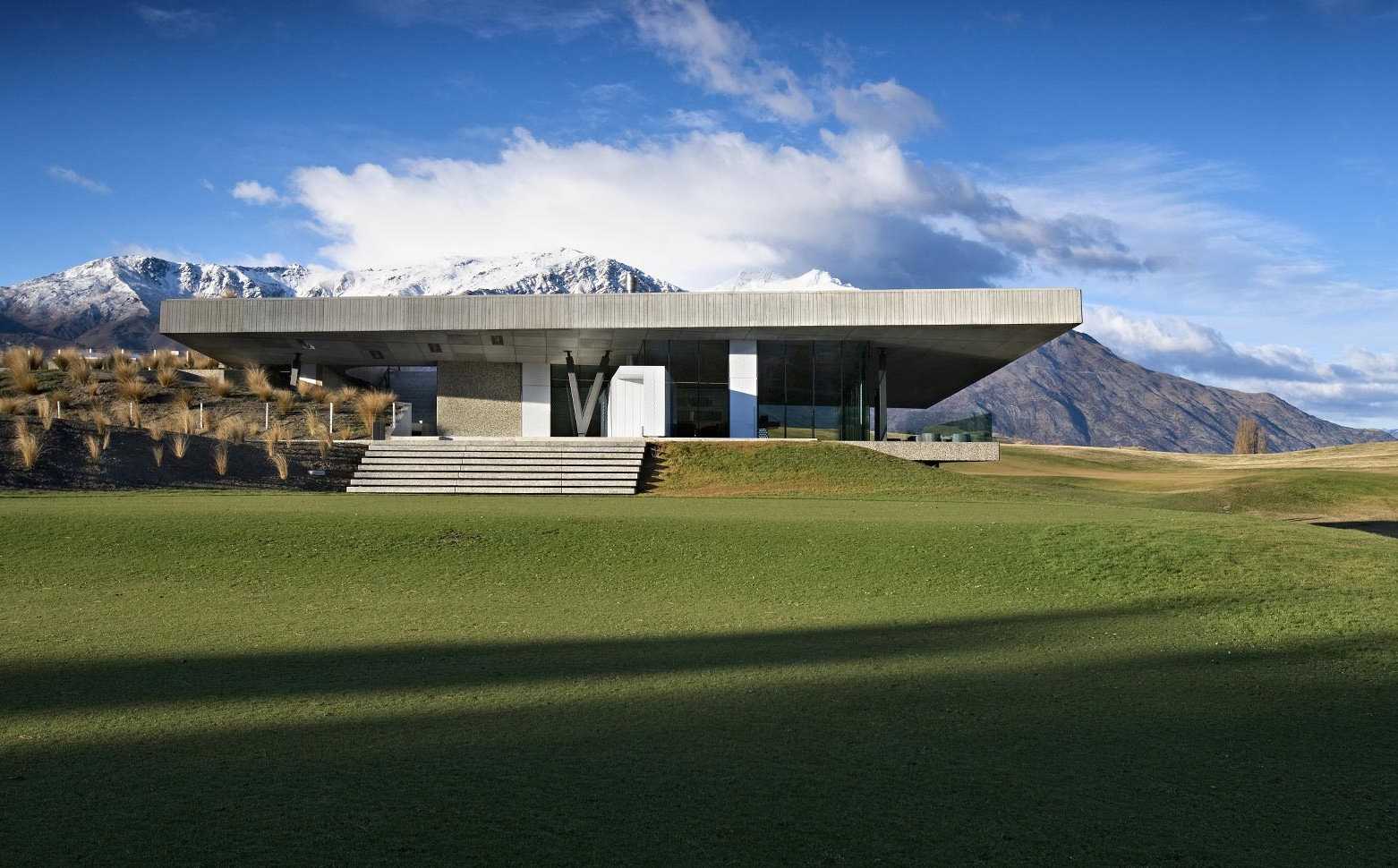 Arranged by way of five sections (The Opportunity of New Zealand, Belonging, Thinking in Patterns, The Search for Beauty, He Tangata – It Is People). The book has a foreword by author and photographer Herbert Ypma and showcases fourteen of Patterson’s recent architectural designs. It provides an overview of each of the homes and how the individual structures marry into their varied New Zealand environments. 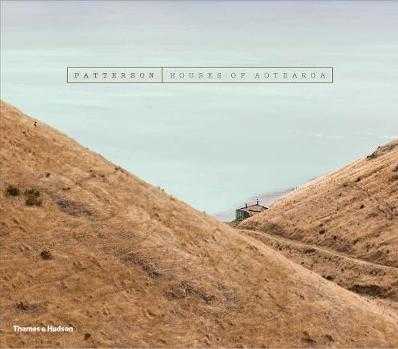 Andrew Patterson FNZIA achieved a Bachelor of Architecture degree at The University of Auckland in 1984 and established his own architectural practice in 1986 at age twenty six. Patterson Associates Architects has designed some of the most innovative buildings in New Zealand including the A.J Hackett Bungy Centre near Queenstown, the Mai Mai house in Auckland's Ponsonby, The Hills Clubhouse at Michael Hill's golf course at Arrowtown, the Lodge at Kinloch near Taupo etc. His Auckland based architectural practice  has won a number of international accolades including those relating to the Len Lye Contemporary Art Museum in New Plymouth and the new visitor centre in the Christchurch Botanic Gardens. He received his first National Award for Architecture at age twenty eight and earlier this month he was awarded the Gold Medal for Lifetime Achievement at the NZ Architecture Awards ceremony in addition to the Sir Miles Warren Award for Commercial Architecture for his Lodge at Kinloch project. 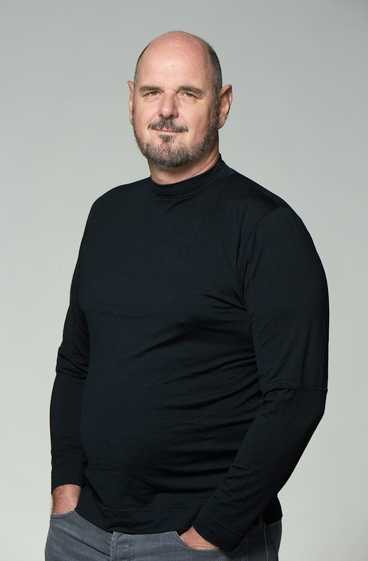 He has indicated that one of his core principles is to embrace Papatūānuku which In terms of Maori tradition represents the land and is a mother earth figure who gives birth to all things.

It has been reported that Andrew Patterson’s skill is such that one of his previous projects designed in a historicist style was so convincingly executed, it was inadvertently afforded heritage protection in a District Scheme.

He delivered a TedxAuckland address in 2012 and notwithstanding his many outstanding professional achievements, he presents as an individual with much humility. In a recent National Radio conversation with Wallace Chapman, he described himself as a Kiwi guy who really enjoys building and who really wants to keep New Zealand beautiful. 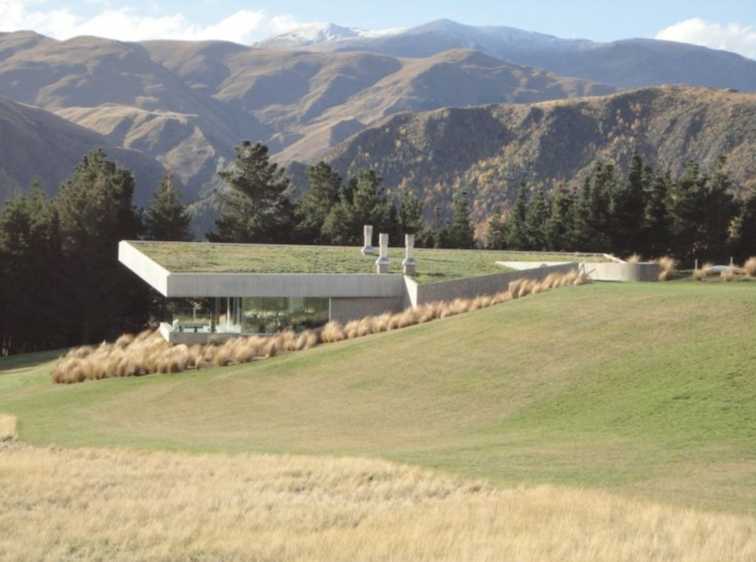 The Clubhouse on Sir Michael Hill's golf course at Arrowtown. 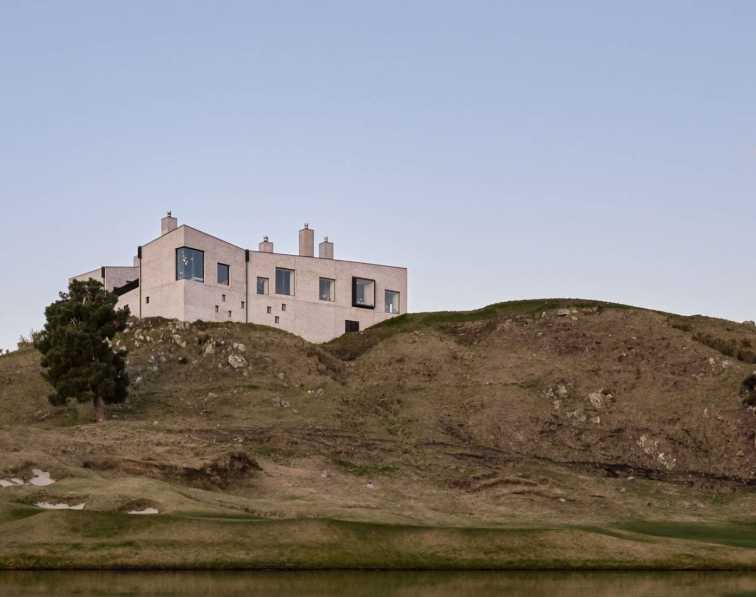 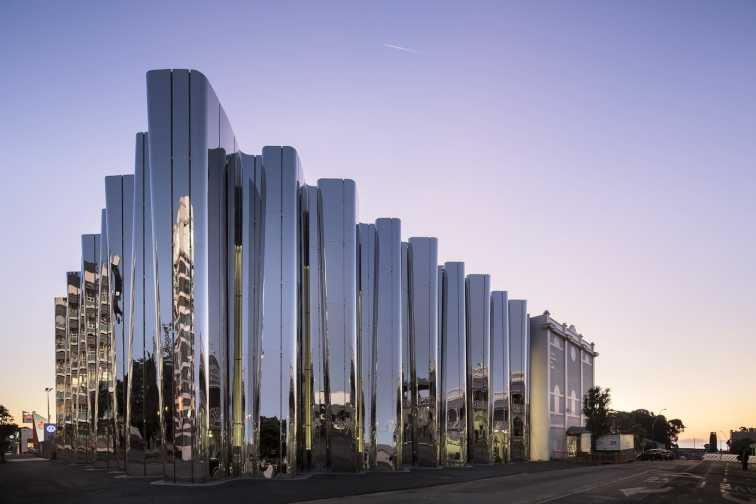 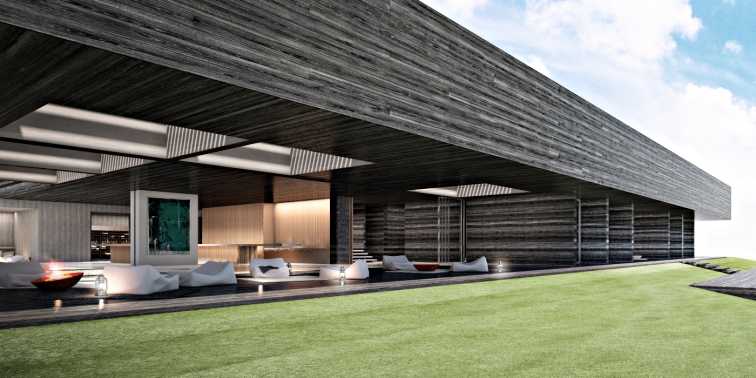 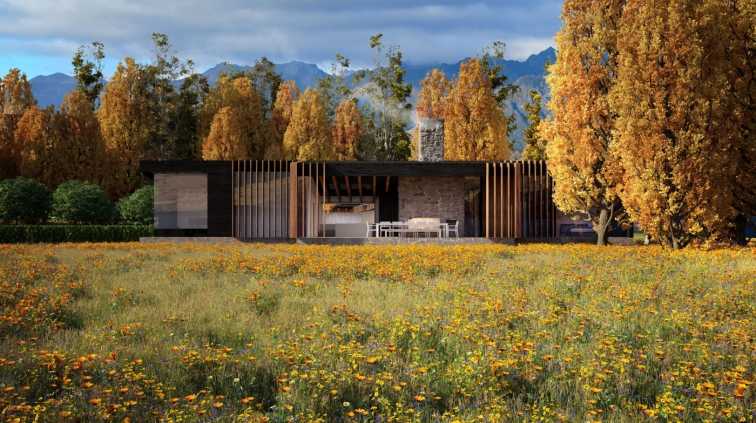 Wanaka house cosseted by the autumnal splendour of poplar trees. 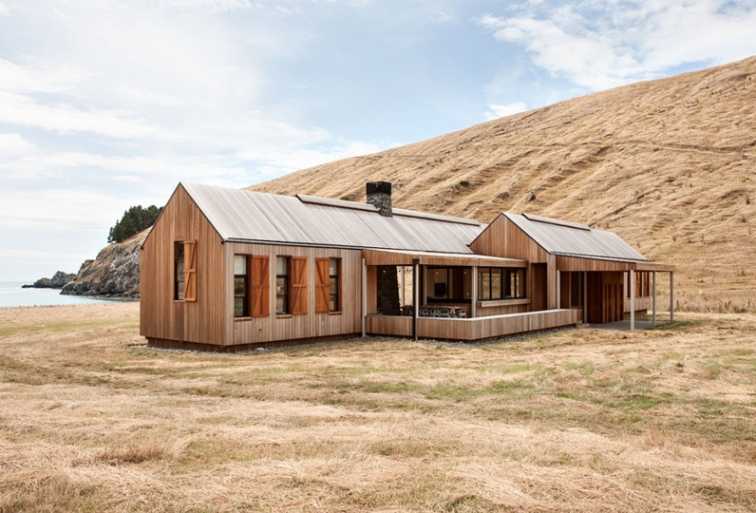