​China’s new buildings continue to reach for the stars. 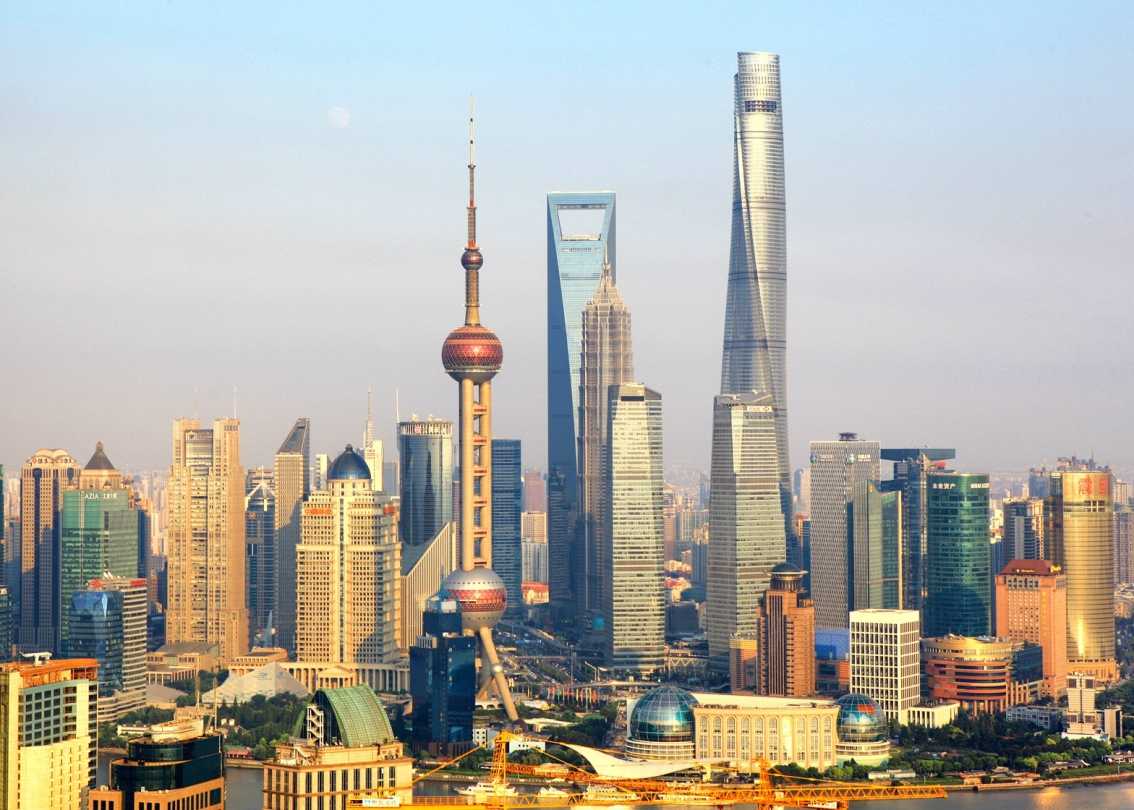 At 632 meters and 127 floors, Shanghai Tower is presently the tallest building in China and the second tallest in the world. Construction began in 2008 and the building is now open for business in the Shanghai precinct of Lujiazui which has become the principal financial district of Shanghai. 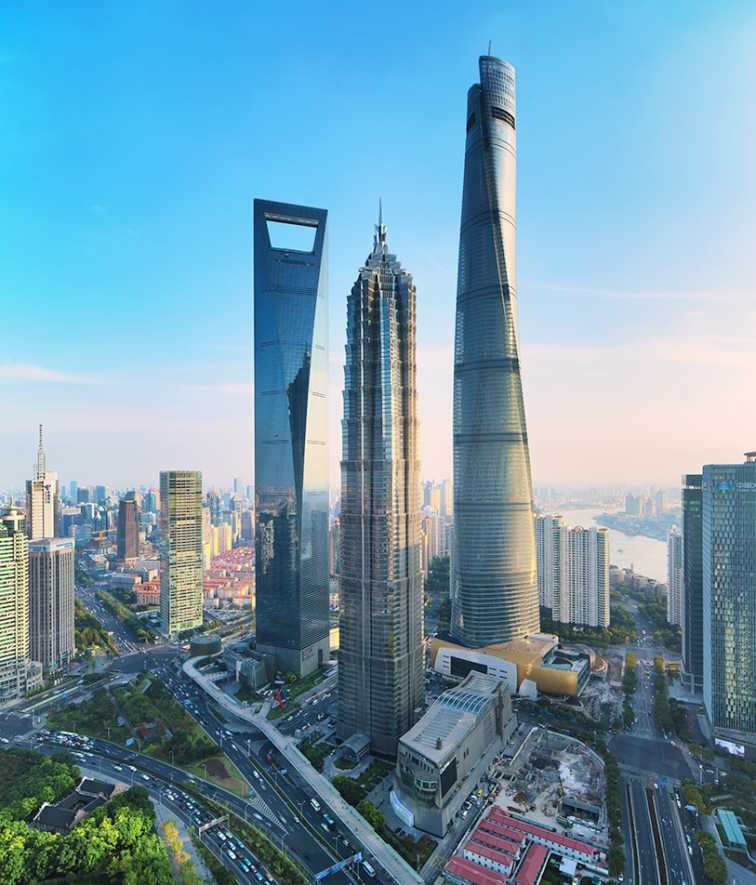 The building design was required to have regard to the typhoon strength winds which are common in the region and the architectural design relies therefore on an asymmetric form with a tapered profile and rounded corners. The buildings physical form mitigates wind load by an impressive 24%. The complex building shape rendered customary CAD (computed aided design) tools insufficient and the architect and engineer were required to use parametric software involving very precise tolerances achieved by using onsite laser equipment.

It is the world's second tallest building behind Dubai's “Burj Khalifa” which stands at 828 m.

The tower has a central trunk (a concrete core with steel supercolumns) with branches supporting refuge and mechanical floors at the base of each building floor zone (nine vertical zones each comprising between twelve and fifteen stories) and includes three express elevators, believed to be the world’s fastest and which can exceed speeds of 18 m/sec (64 kph). The tower’s façade skin comprises twenty thousand curtain wall panels suspended from cantilevered trusses. 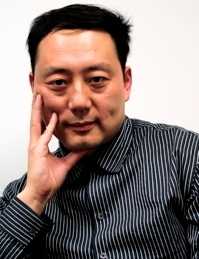 The building engineer, Thornton Tomasetti was established in 1956 as Lev Zetlin & Associates and is now spread over ten countries (including New Zealand) and headquartered in New York. 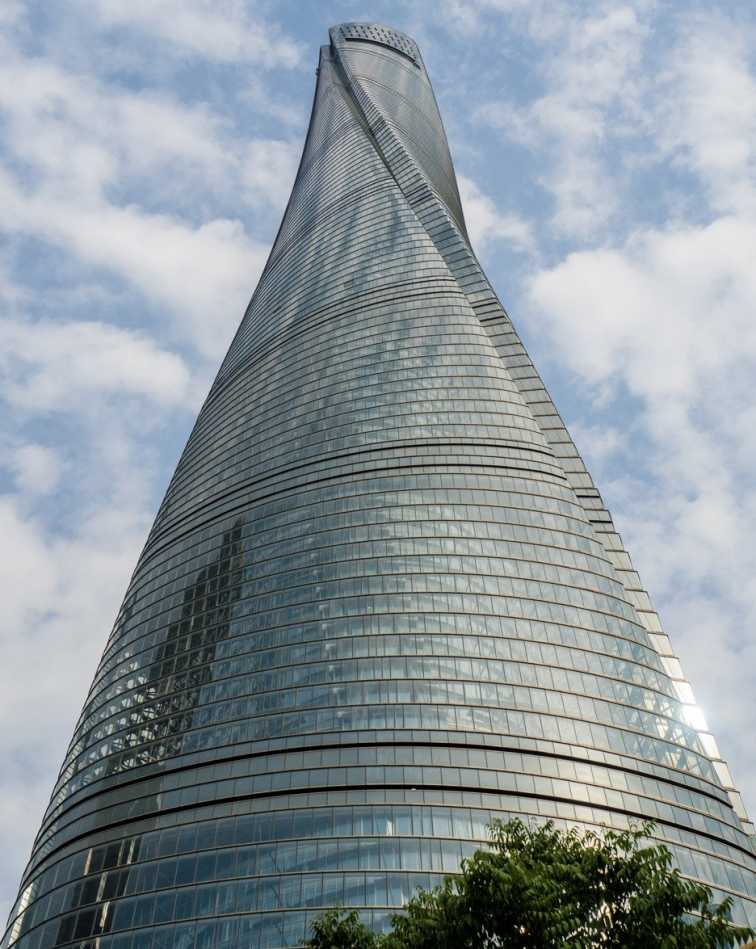 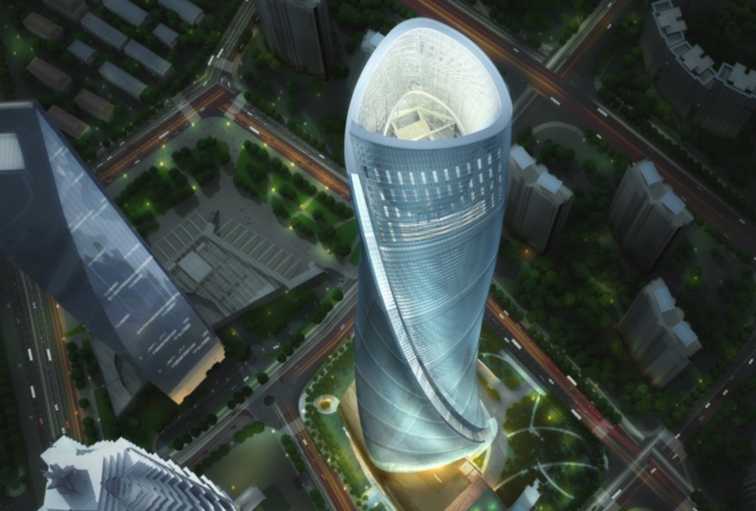 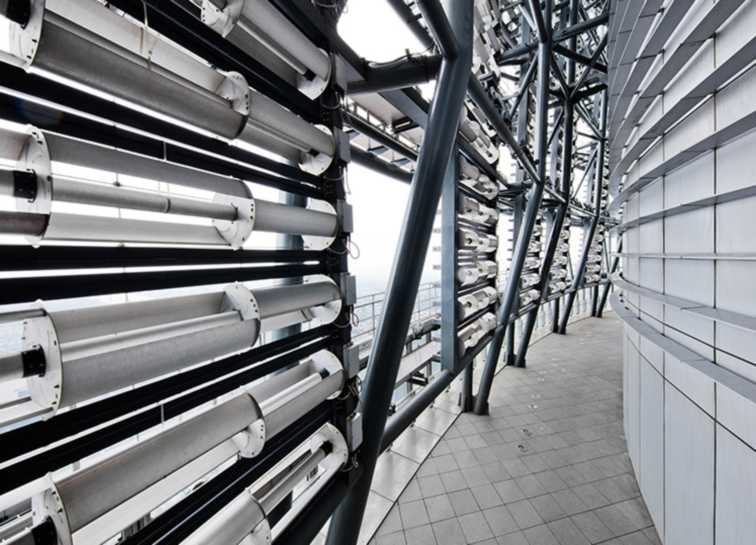