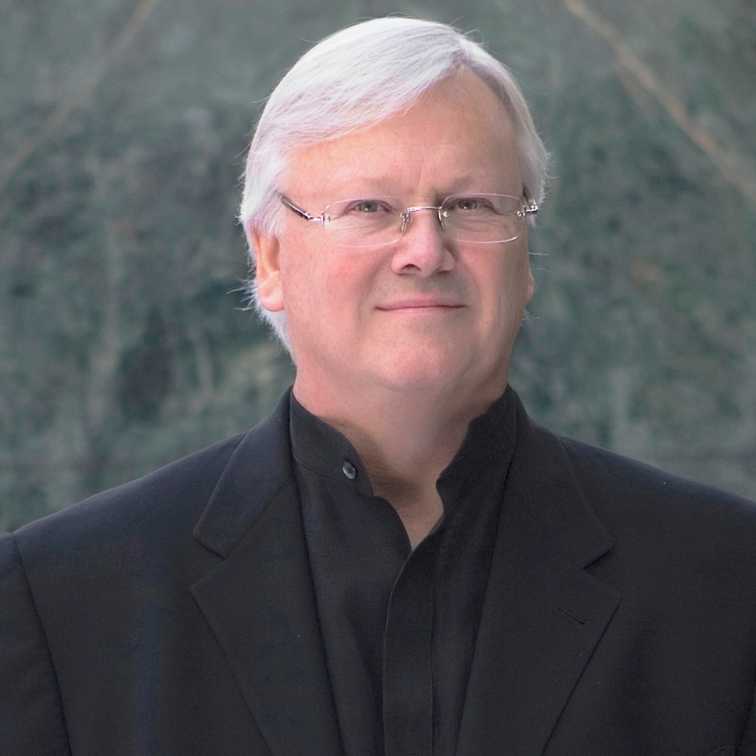 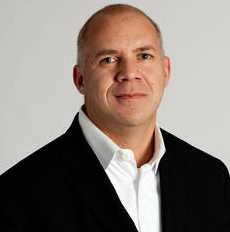 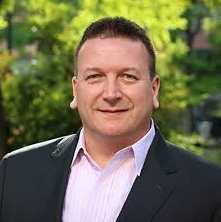 Construction was completed in March 2011 and the building is partially occupied by the China National Tobacco Corporation.

Guangzhou is prone to Typhoon weather events and the region is also within a major earthquake fault-line.

Pearl River Tower Properties initially conducted an architectural design competition and U.S. based Skidmore, Owings & Merrill succeeded in the competition with their submission for a futuristic high performance building which is highly energy efficient (60% less energy requirement than a building of comparable size). The building aesthetic is in the nature of a curved aerodynamic sail and notwithstanding the stresses normally imposed by Guangzhou's typhoon weather events, the building is deliberately configured to face directly into prevailing winds and for wind energy to be harnessed via four vertical electricity turbines contained within four wind tunnels incorporated in the building.

29,000 tonnes of steel construction components (with 820,000 bolt holes) were prefabricated off-site. Parking for eight hundred vehicles is provided in basement garaging with a footprint three times larger than the building itself.

In order to provide building insulation appropriate for Guanzhou’s very warm climate, a double curtain construction method was used. Low E coated glass has been used on the outside layer and automatic blinds are installed between the two outer construction layers. Banks of solar energy panels are incorporated in the building’s façade.

1900 tonnes of aluminium was required to manufacture the window frames and the largest individual window frame is an enormous 24 sq.m. A total of 80,000 sq.m. (equivalent to ten football fields) of Low E glass was required.

In another departure from conventional architectural practice, the building’s single pass ventilation system is installed under-floor which resulted in a saving of 300mm in floor height for each of the seventy one floors and which resulted in an additional five floors and 9000 sq,m. of leasable floor space in the 214,000 sq.m. building. 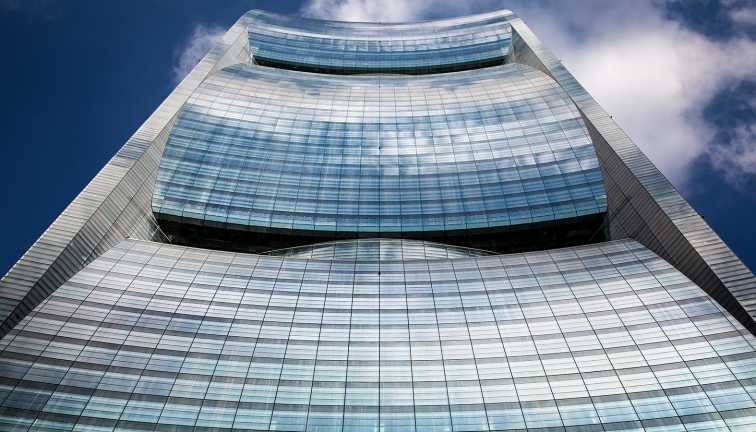 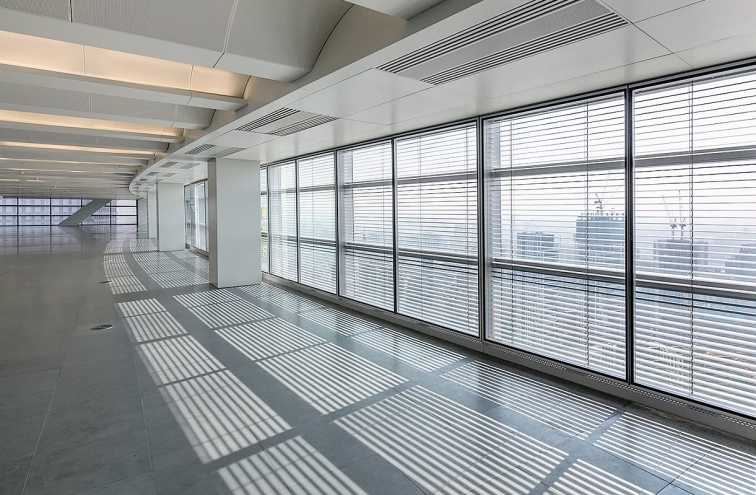 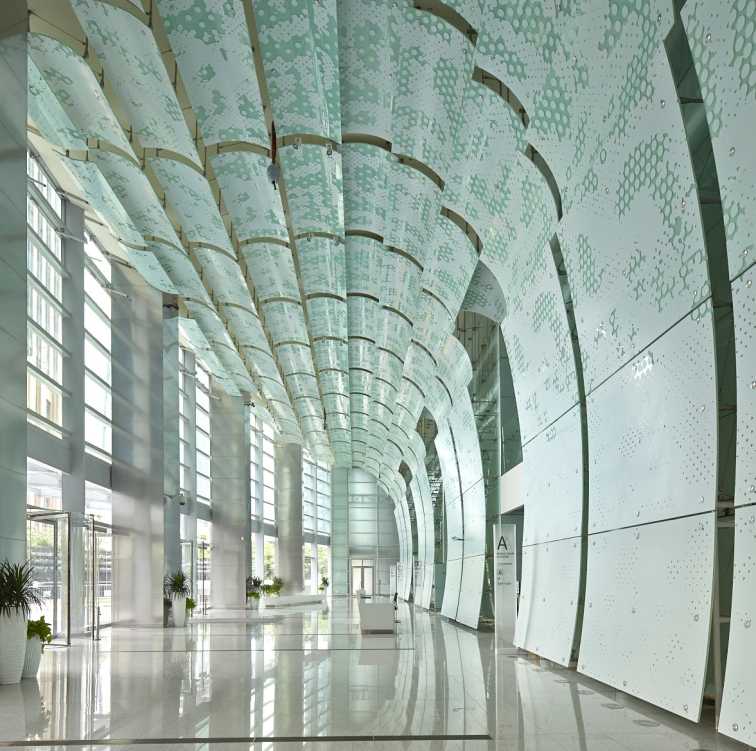 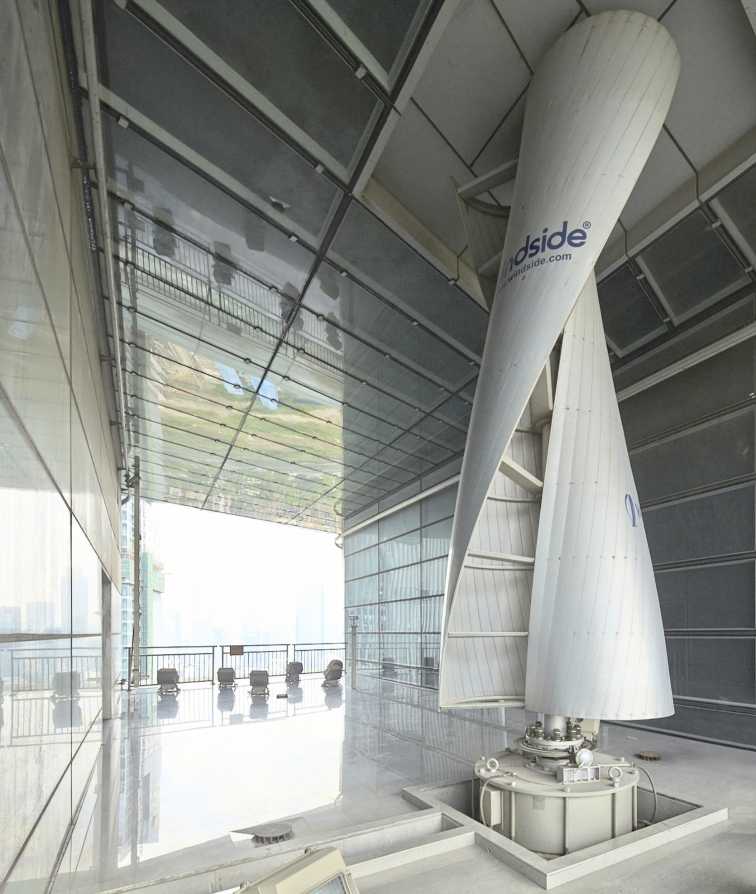 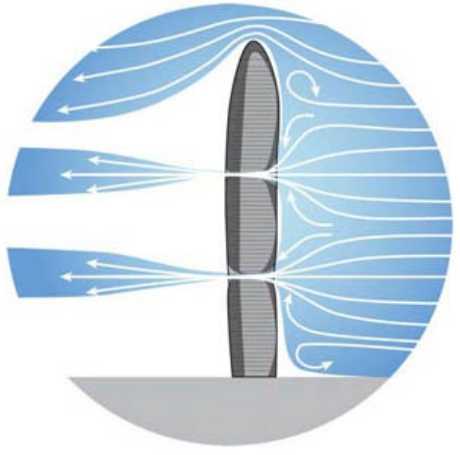