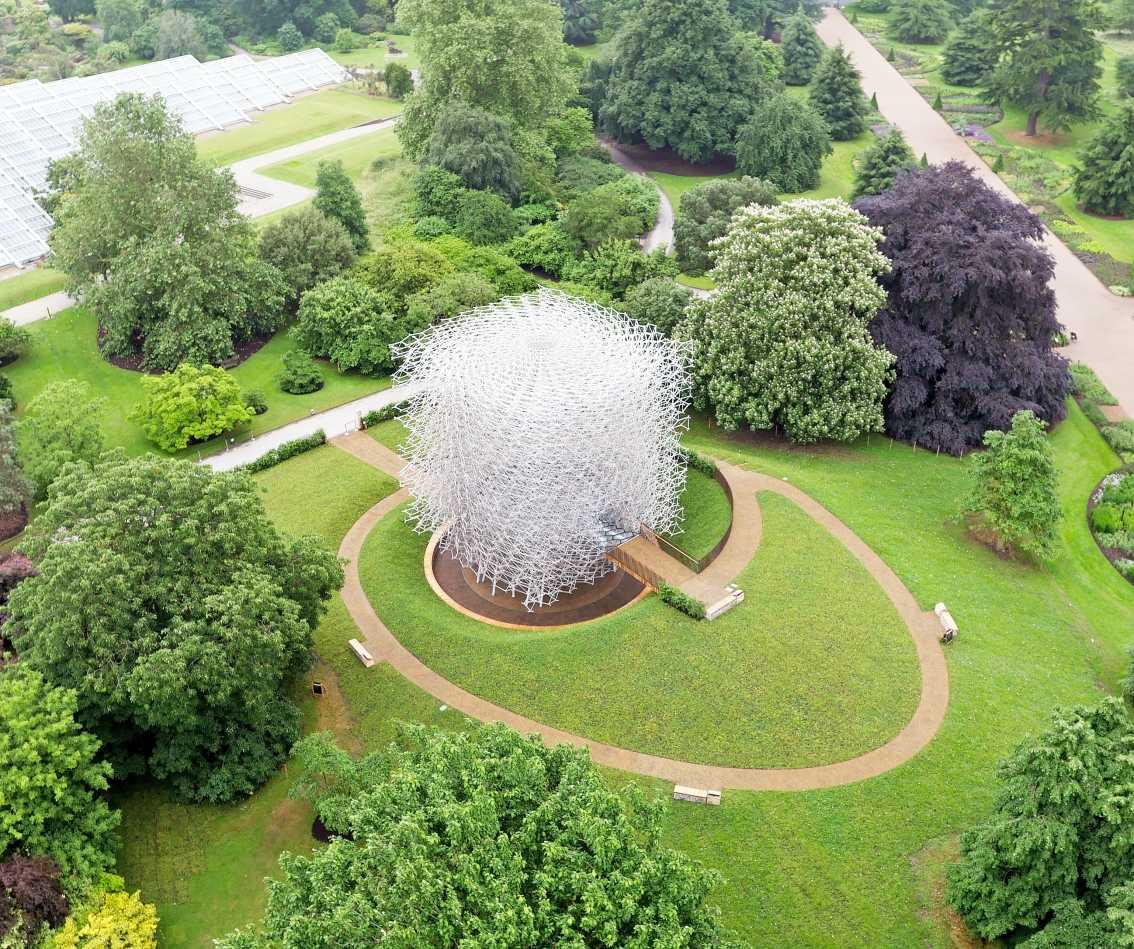 The beehive inspired pavilion ("The Hive") created by artist Wolfgang Buttress for the UK Pavilion at the 2015 Milan Expo has reopened to the public in London’s Kew Gardens. The structure is a seventeen metre high aluminium abstract beehive which provides visitors entering it with a beehive like experience as it responds to the real-time activity of real bees in a beehive located near-by at Kew.

The installation comprises thousands of sections of aluminium creating a lattice like effect and is fitted with one thousand LED lights which glow and fade and a soundtrack hums and buzzes. The sound and light intensity within the space changes in keeping with the energy levels in the real beehive surge, giving visitors an insight into activity inside an actual beehive. 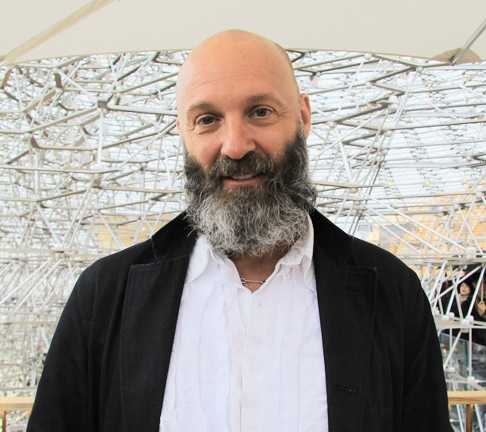 Wolfgang Buttress is a British artist who creates multi-sensory artworks which draw inspiration from the natural world. He explores and interprets scientific discoveries and collaborates with architects, landscape architects, scientists and musicians to create interactive experiences.

In the words of Wolfgang Buttress; "The Hive consists of 32 horizontal stacked layers of hexagonal geometry creating an abstracted analogue of a honeycomb. A rotational twist in the aluminium structure introduces movement, suggestive of a swarm. The form is a 14m cube raised-up on columns, appearing almost to hover, a spherical void hollowed from the centre, allows visitors to enter. Walking beneath the sculpture, visitors may peer up through the glass floor into the interior. Accelerometers (vibration sensors) are used to measure the activity of a real bee colony in the UK, feeding real-time signals to a 1000 RGBW LED light array inside the spherical void. Algorithms are used to convert the bee colony vibrations into lighting effects. Each light is individually - addressable allowing for the Hive to pulse and glow in response to the signals it receives, so acting as a visual representation of bee activity." 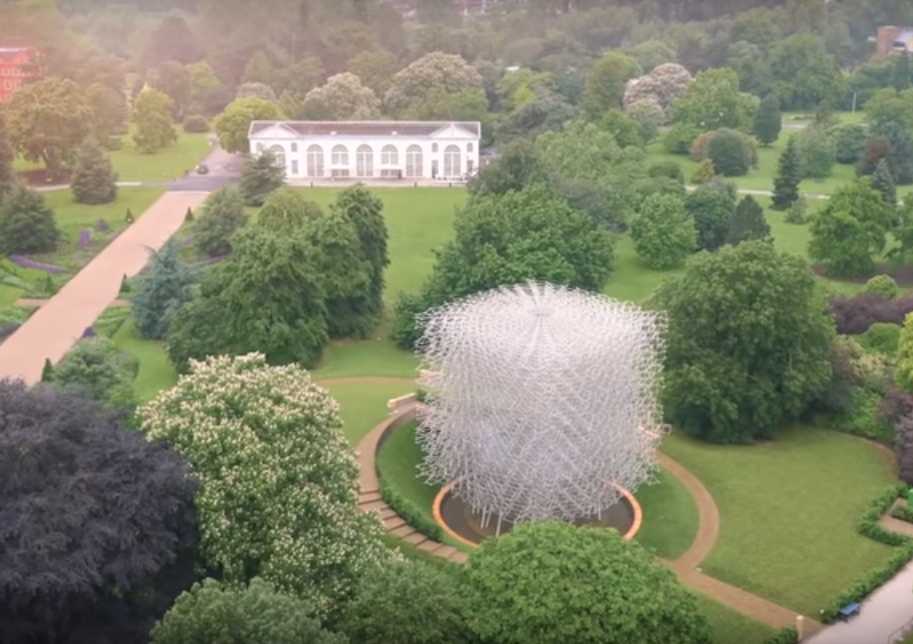 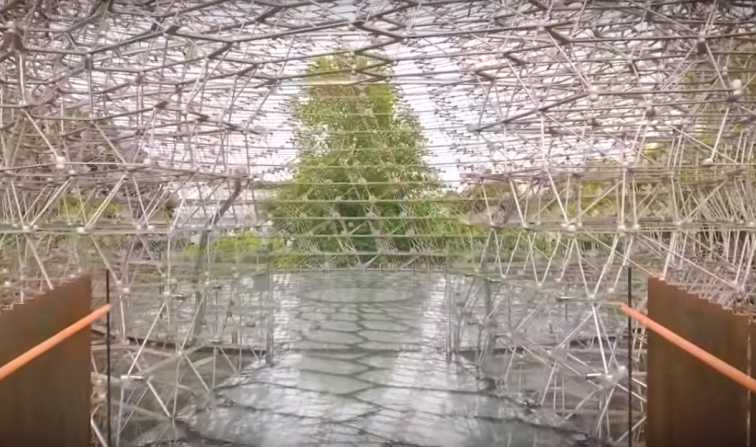 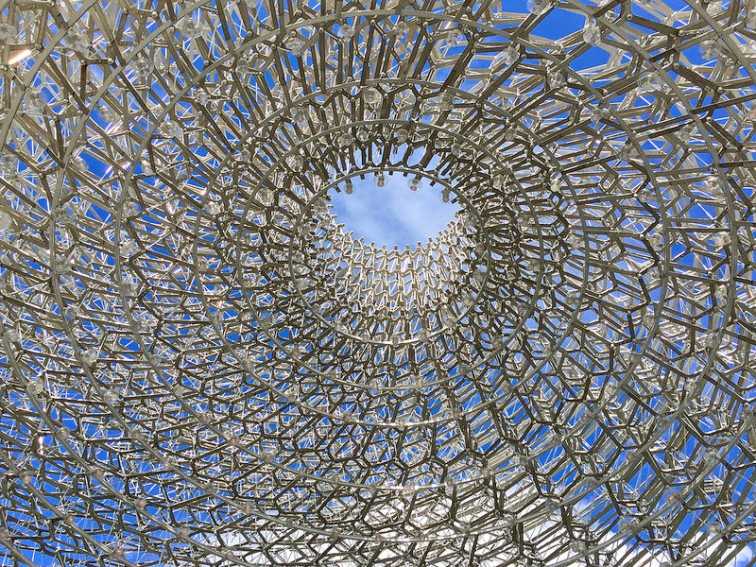 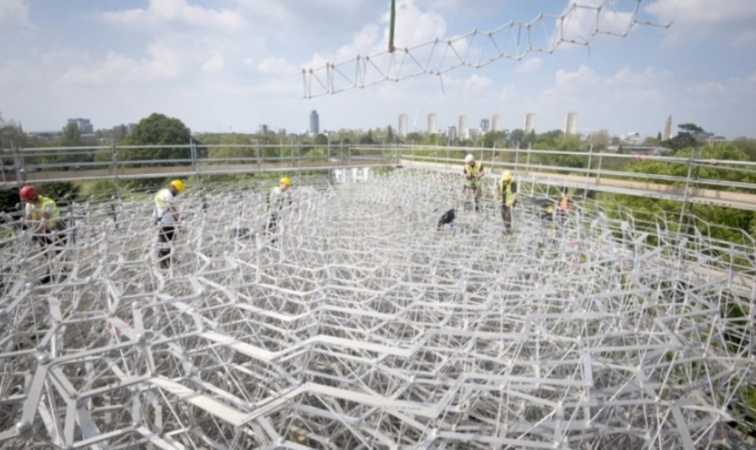 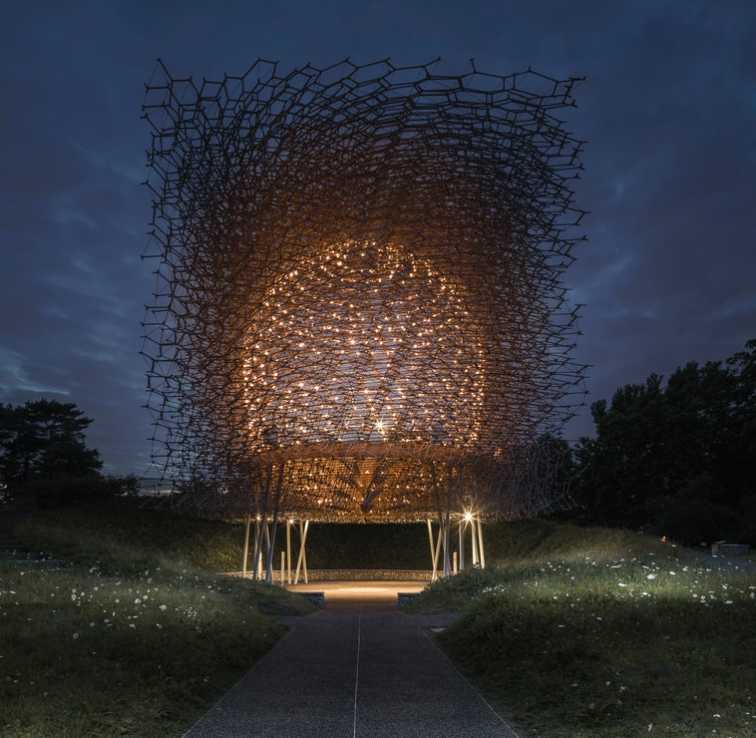