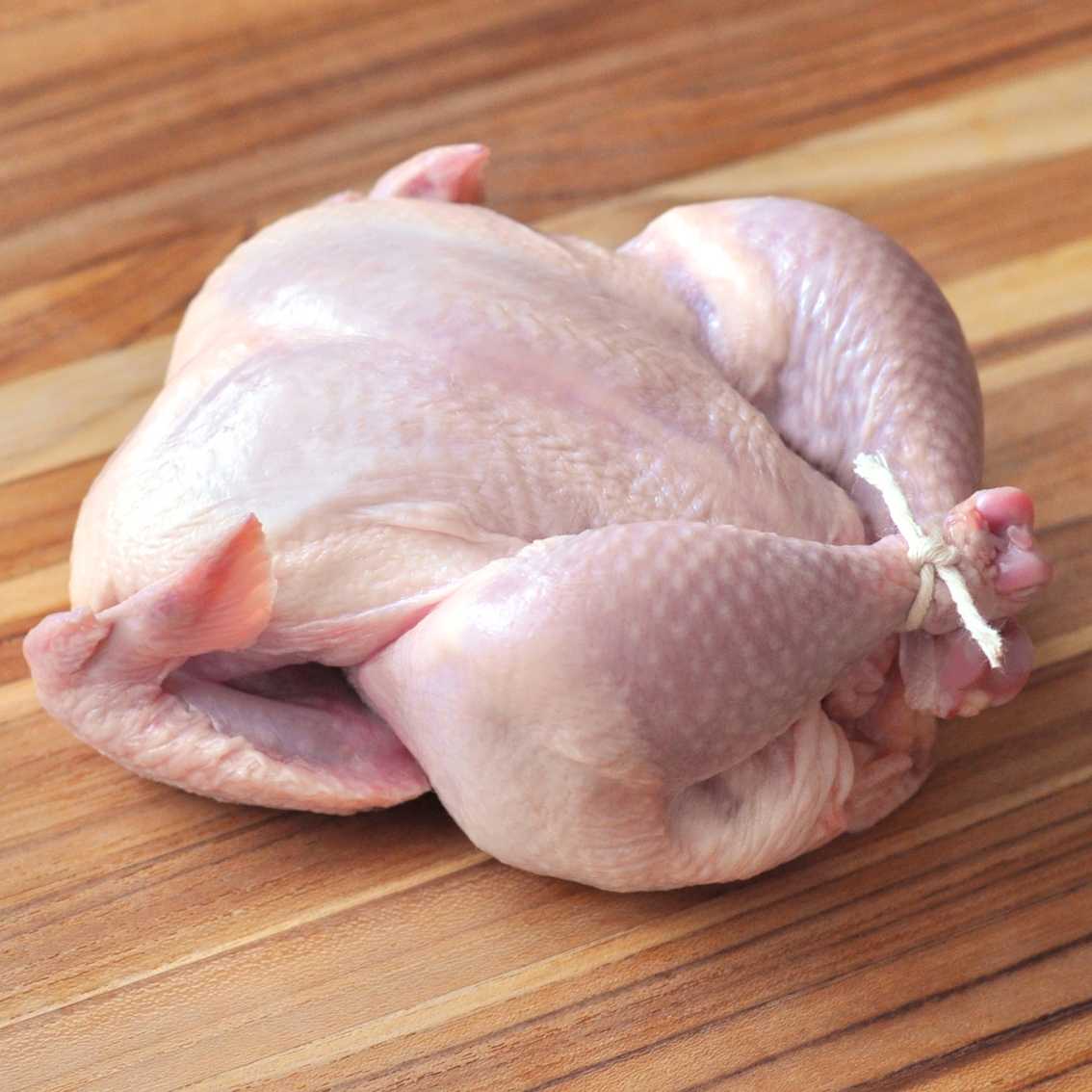 Rejigit referred previous blog posts (10 July 2017 & 18 April 2018) to Hon Damien O'Connor in his capacity as Minister for Food Safety and his response is below. 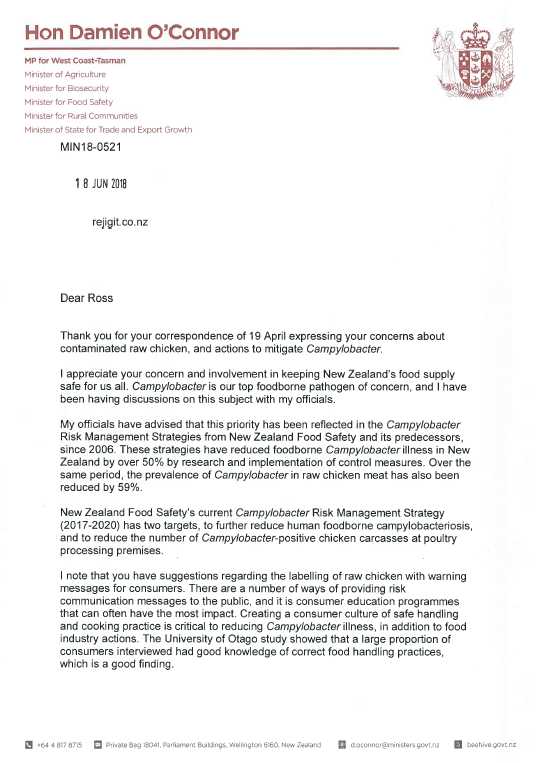 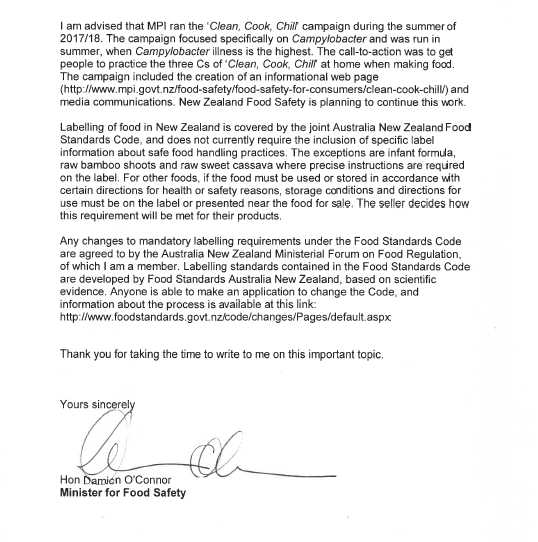 Rejigit previously wrote about what is described as New Zealand’s No.1 Food Safety problem on 10 July 2017.

The previous National Government’s minister for food safety, Hon David Bennett, sat on his hands over this extremely serious matter and it is high time the current minister, Hon Damien O’Connor stepped up with a legal requirement for prominent safety warnings and cooking recommendations on all fresh poultry product. A University of Otago, Wellington study, published last week in the international journal BMC Public Health describes how New Zealand has one of the highest rates of campylobacteriosis in the world and at least half of those cases can be attributed to contaminated chicken. The study also describes how only approximately 15% of consumers were aware that up to 90% of fresh chicken meat sold in New Zealand may be contaminated with Campylobacter.

Something needs to be done immediately. Many New Zealanders (thirty thousand of them!) are going down like sprayed flies. TV1 News last evening included a report about this matter and also included comment from Michael Brooks, C.E.O. for Poultry Industry Association New Zealand. It beats Rejigit how this individual is given any air time over this issue. It was a blatant example of an industry spinning a response entirely in their own interests while suggesting it wasn’t a significant problem at all. It was a bloody outrageous attitude.

Rejigit is relying on an assumption of Campylobacter Acquired Immunity which apparently comes about as a result of low level exposure over a prolonged period. We recognise Dr Havelaar’s expertise in these matters but some of what he says prompts the old idiom “Dammed if you do, damned if you don’t”. We fully support the campaign to restrict poultry rearing conditions to only under humane conditions and free of all cruelty! Here’s the conundrum; Hens in well designed houses with fly screens = less than 10 – 15% Campylobacter contamination. Free Range Hens = 100% Campylobacter contamination. Chicken frozen for more than four days = zero Campylobacter. Fresh Free Range chicken = ?