​NZ wilderness legacy is being squandered! 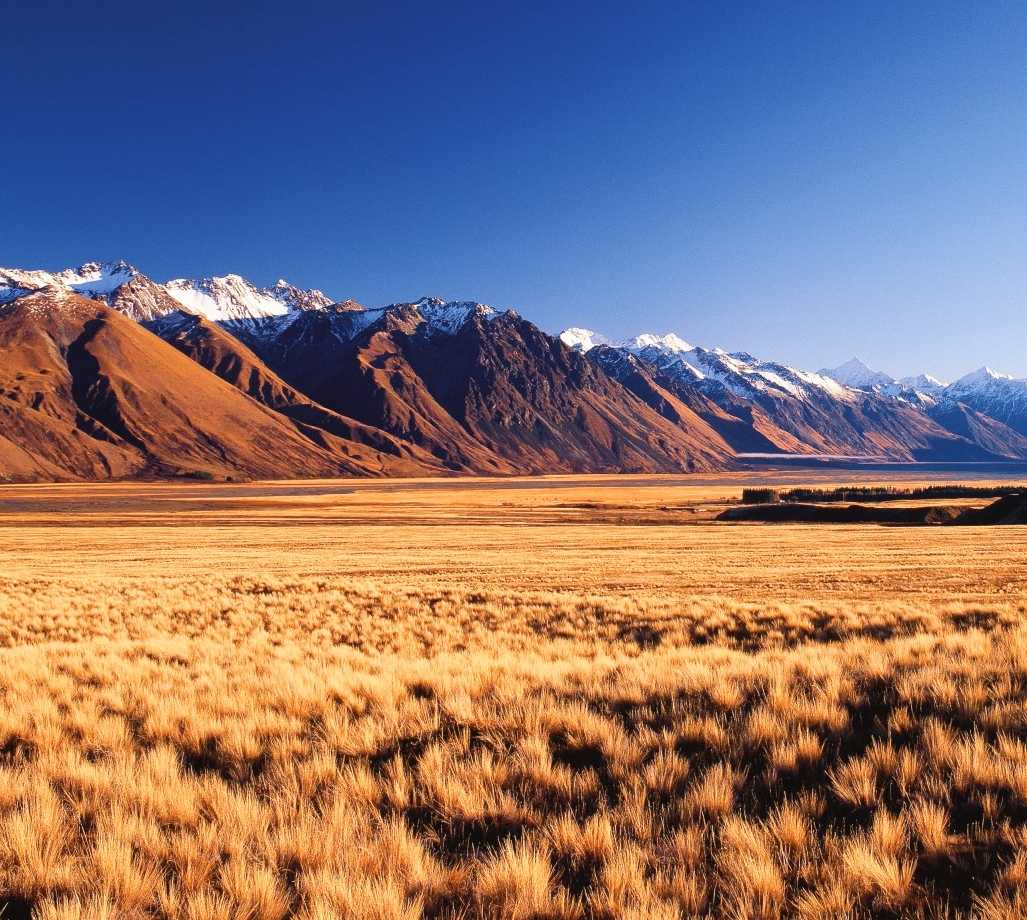 If, like Rejigit, you enjoy and hold dear the unparalleled and unspoiled magnificence of the Central Otago landscape, make the most of it because dairying has arrived and it seems intent on expanding on a huge scale unless something is done to curb it. There is a distinct danger of the delicate tawny browns of the tussock becoming a thing of the past in some areas. 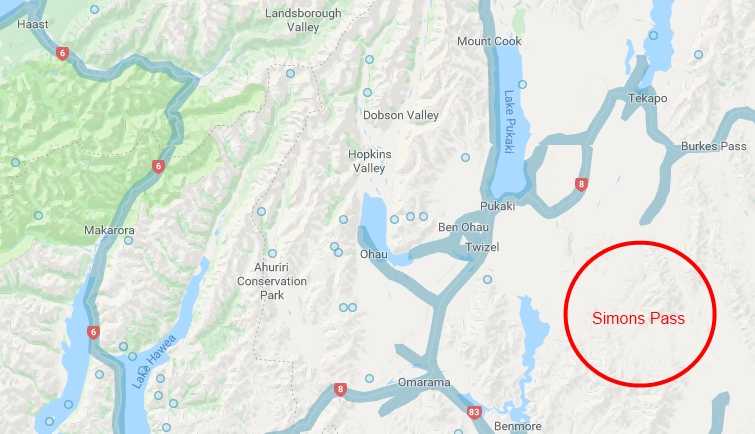 Simons Pass Station is located within the Pukaki Flats, immediately south of Lake Pukaki and bounded by the Pukaki and Tekapo Rivers. The property forms part of the habitat of a range of native flora and fauna including the endangered Black Stilt (Kakī) of which there were an estimated 106 left in the wild as at 2017.

The Station is in the advanced process of creating a massive irrigated dairy farming operation on dry glacial flats and which will be another nail in the coffin of “100% Pure New Zealand”.

Some of the station land is subject to crown-pastoral-lease and the station owner, Mr Murray Valentine has indicated 40% of their land is being set aside for conservation purposes which leaves approximately 13,600 acres which will form the totally irrigated dairy farm operation involving some 5500 cows plus a further 10,000 stock animals. It is a moot point that Simons Pass Station Ltd has obtained a number of Discharge Consents for up to 15,000 cows which were granted in 2013 by ECan without public notification. Irrigation is to be done via thirty pivot irrigators, some of which will create alien-like green circles of up to 1.3 kilometres in diameter. 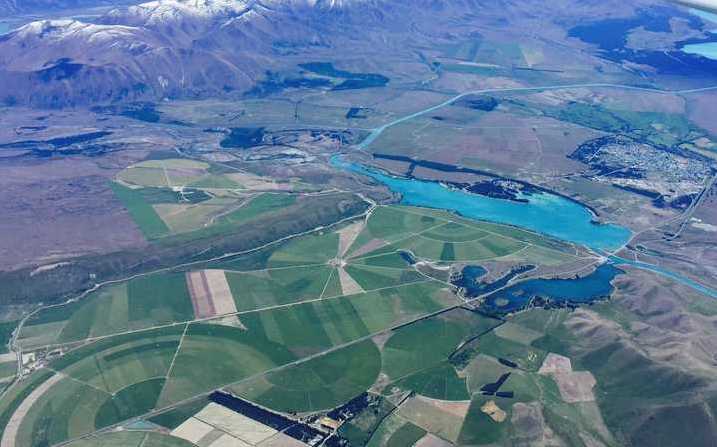 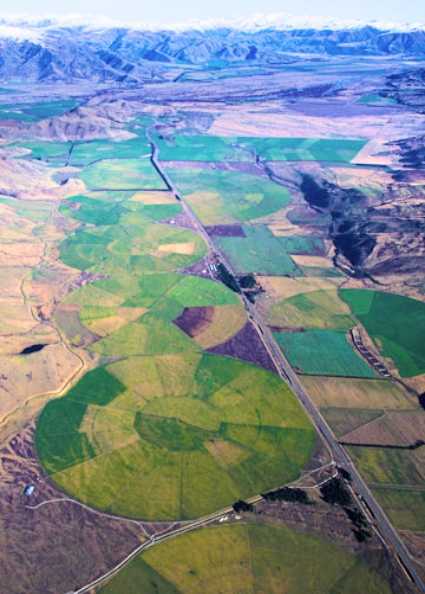 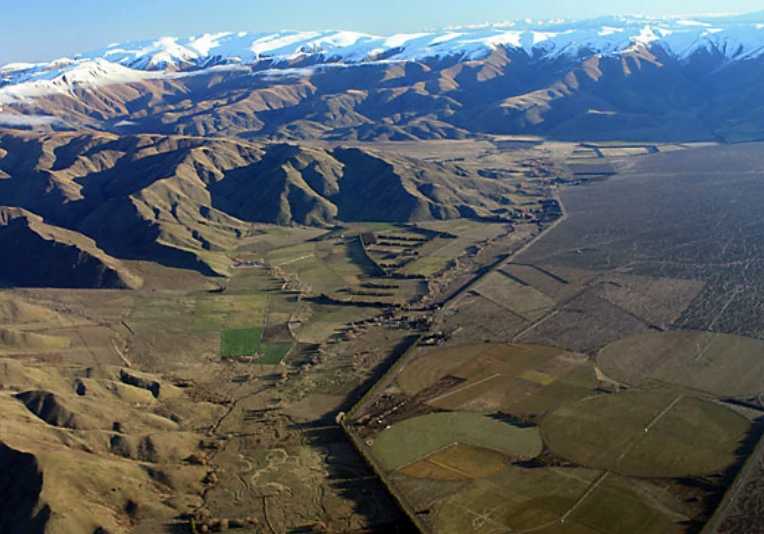 Mr Valentine argues the said Consents provide adequate safeguards in that they require annual monitoring of the Pukaki and Tekapo rivers. Rejigit is of the view his assertion is poppycock. Pollution and nutrient sampling should be mandatory on a very frequent basis and the frightening reality is the likes of Nitrate leeching can take up to ten years to work its way into adjacent waterways.

A dairy cow weighing in at around 650kg can generate around 53 litres (about 54kg) of faeces and urine each day with an average solids content of around 12%. In the case of 5500 cows that equates to a cow-shit tsunami and where will it end up? There is a growing body of opinion which suggests New Zealand has already exceeded “Peak Cow” and new installations such as this defy all logic.

In a decision issued by the Environment Court of New Zealand last December, Judge Jon Jackson made reference to “managing mischief” over irrigation-assisted pastoral intensification”.

At the same hearing, an affidavit was presented on behalf of Gary Taylor, CEO of the Environmental Defence Society which stated in part “Intensification in the Mackenzie Country has already been facilitated through regulatory error and reliance on purported areas of planning or legal ‘grey’ areas. Again we are confronted with a situation where potential ‘loopholes’ are being relied upon in a manner that will result in significant impacts to values of national importance.”

Remarkably, Fonterra recently tweeted that even they would prefer not to see further dairy expansion in the Mackenzie Basin.

The cost of establishing this particular dairy operation is apparently north of one hundred million dollars and some interested parties are suggesting that the project is too far down the track to stop or amend it notwithstanding the many ecological and critical environmental concerns. Rejigit is of the view it is illogical to suggest the spending of a considerable sum of money is in itself sufficient reason to cause the country and the environment to suffer the inevitable and ongoing consequences of the operation. Furthermore, the creation of any dairying operation on entirely irrigation dependant land is a mindless and non-sustainable exercise. It will require huge quantities of water and fertiliser and the management of stock faecal matter, run-off and nitrate leachate will be hugely problematic and almost certainly environmentally disastrous.

Rejigit has previously written about dairying disruption in New Zealand;

http://www.rejigit.co.nz Blog 07 August 2017 Fences do NOT keep leachates out of N.Z.'s waterways.

http://www.rejigit.co.nz Blog 18 May 2017 Maybe N.Z.'s Environment Minister doesn't know his ass from a hole in the ground.

http://www.rejigit.co.nz Blog 01 May 2017 More on the sorry plight of NZ's Lakes, Rivers and Streams.