​What if this transpires to be a leaky building. 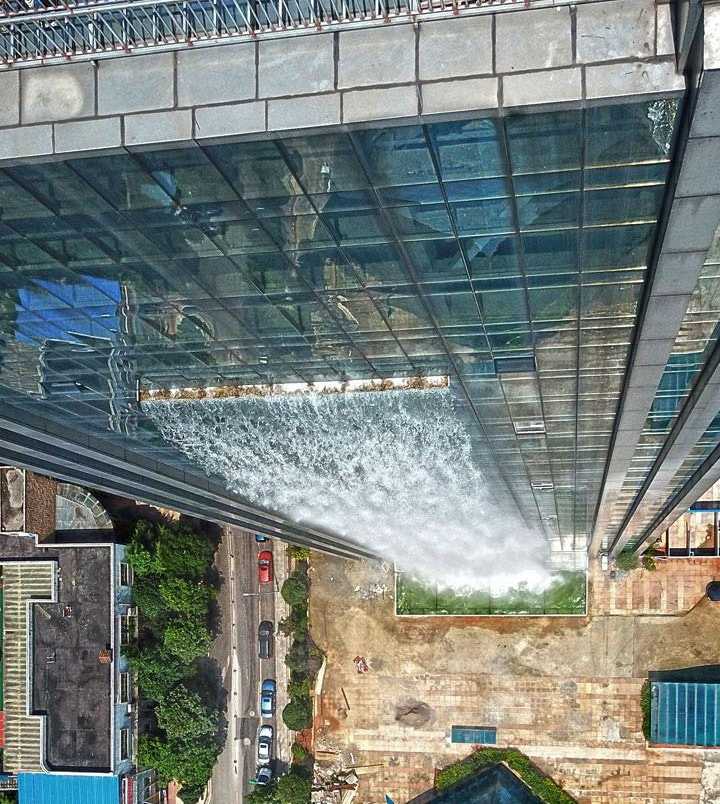 Water appears to fall out of this building’s windows and cascade 107m down the side of the building forming one of the world’s largest artificial waterfalls.

Four 185kW pumps suck recycled water 350 feet up from basement storage tanks before spilling it out over the side of the building. 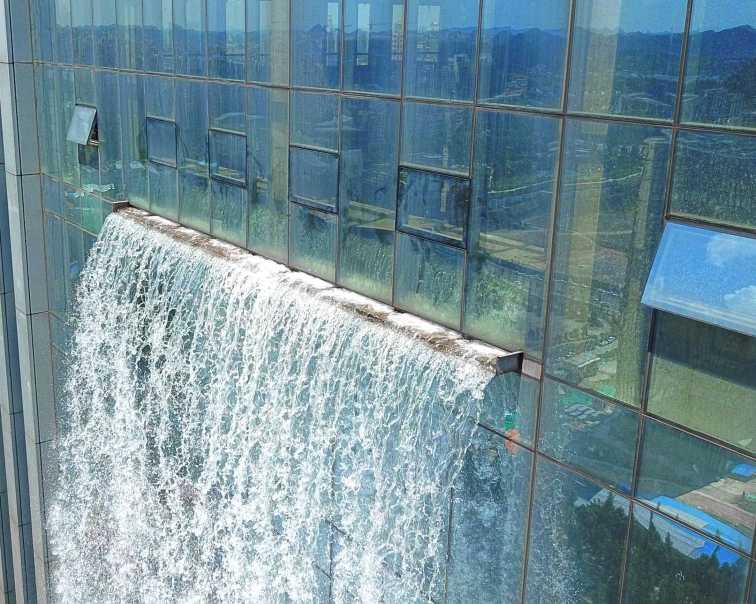 The property developer is the Ludi Industry Group.

The President of the People's Republic of China, Mr Xi Jinping has previously called for an end to  weird buildings being built in China and this one should get him going.

Some media have been highly critical of the building's waterfall feature from an environmental aspect and news reports from China indicate some local citizens are asking "what were the building's designers thinking." 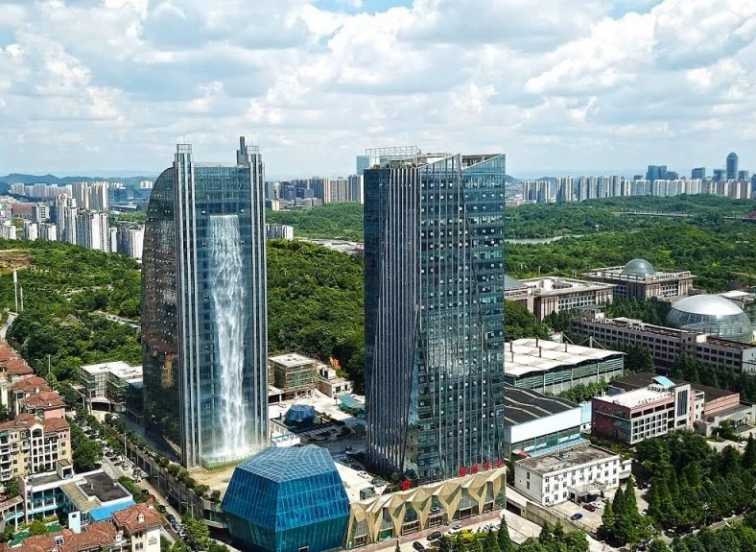 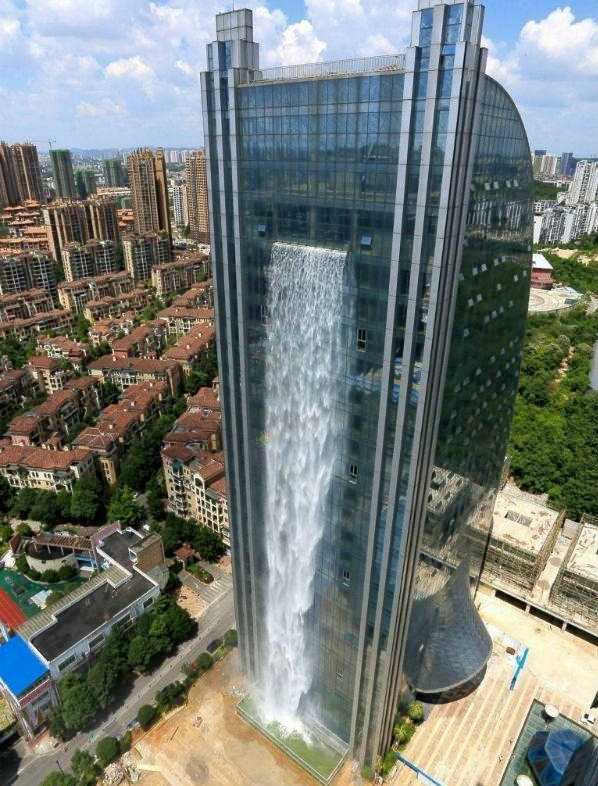