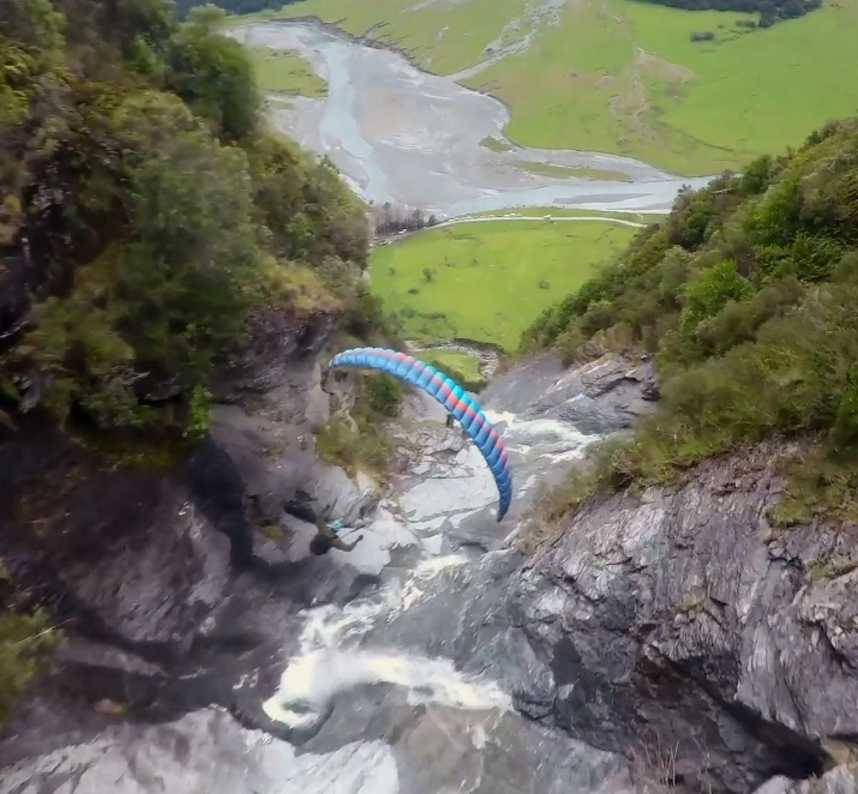 Jamie Lee and fellow adrenaline junkie Malachi Templeton are Kiwi guys who travel the world in search of challenges and extreme adventure. The two have become very well known for their paragliding speedflying exploits. Jamie started speedflying in 2011 and at the outset his rig measured about 14 sq.m. but is now trimmed to 6 sq.m. to allow downhill speed of up to 150 km/h. 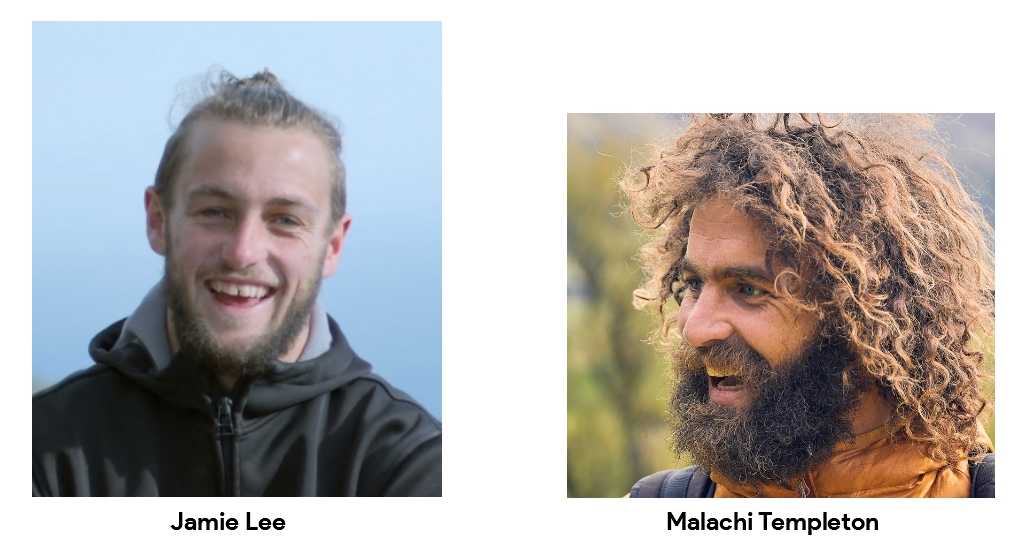 Here is a link to a seven minute video featuring the two speedflyers doing their thing in the magnificent Treble Cone (summit elevation 2088m) region of Wanaka, New Zealand; https://vimeo.com/324927780

The video is an excerpt from a feature length film “Magnetic” by Nuit de la Glisse Films, one of France’s top adventure documentary film production companies.

The two speedflyers are at the international forefront of their art and the video demonstrates their extraordinary skill and daring. It will have you sitting on the edge of your seat and you can't help but think about careering down the mountain with your arse sometimes millimetres above vicious looking rocks. Their flight path down the mountain hugs the seriously undulating terrain with zero room for error and even includes some impressive aerobatics. 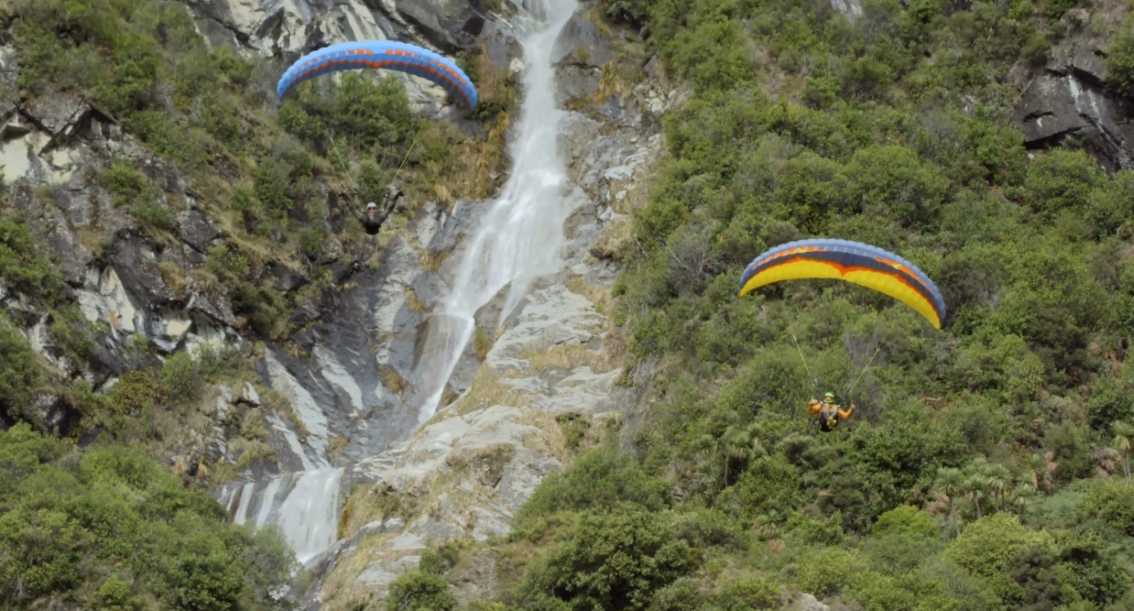 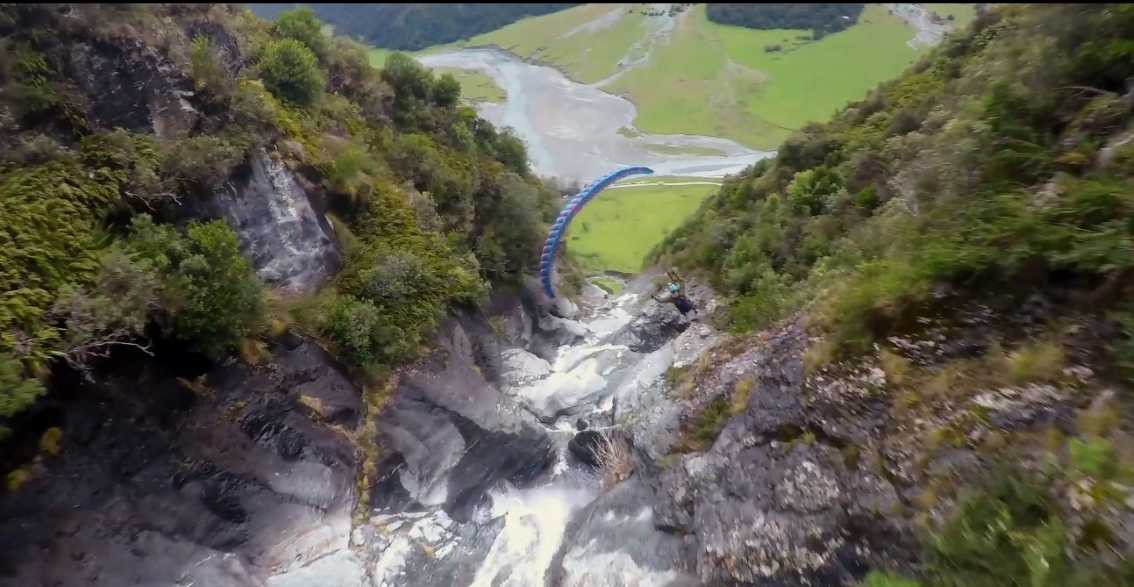 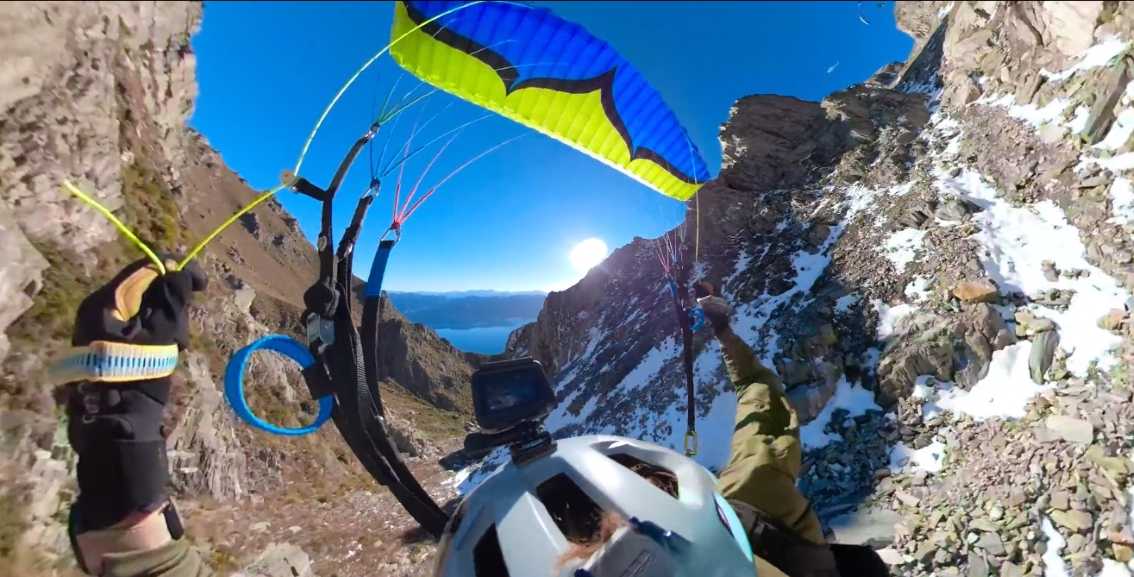 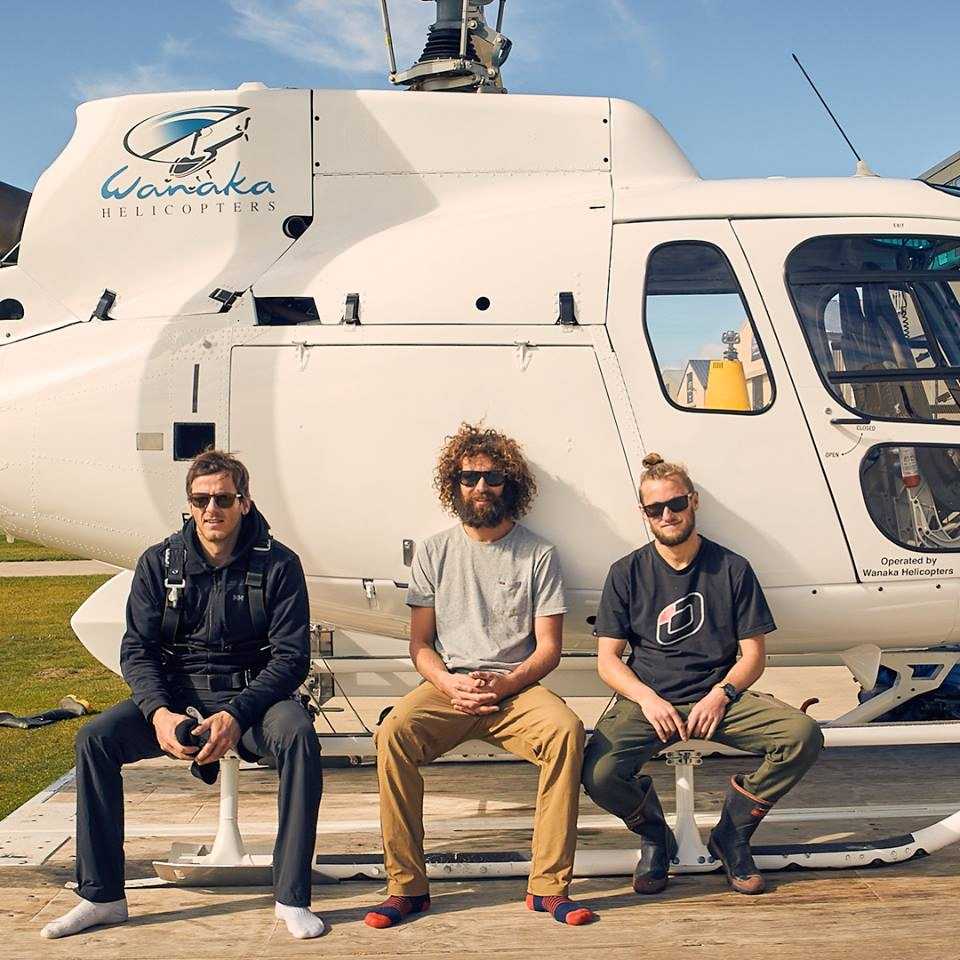 Jamie indicated to Rejigit that he is passionately concerned about promoting environmental and conservation awareness and Rejigit is absolutely on the same page with regard to such matters.

Mindless environmental damage has already been done in some areas of the extraordinary and iconic landscape of Central Otago and elsewhere in New Zealand. What a disappointment it must be for the likes of Jamie and Malachi to look down in the course of a para-jump to see vivid green irrigation pivot circles polluting the vista and indicating dairy farming activity in regions which Zeus never intended cows to be. So much for an effective Resource Management Act! Sensible thinking citizens need to act in unison to protect significant natural values including unique indigenous vegetation and rally against farmers who appear to think it’s o’k to risk polluting natural water systems by way of run-off from huge quantities of cow excreta and applied fertilizer. 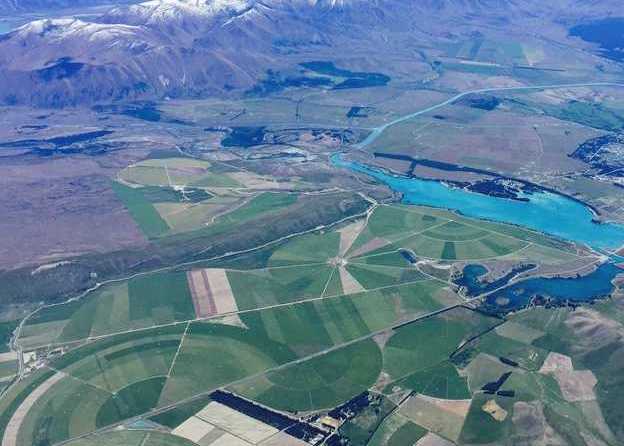 Footnote: Several years ago the writer enjoyed a rather more sedate tandem jump from Treble Cone. 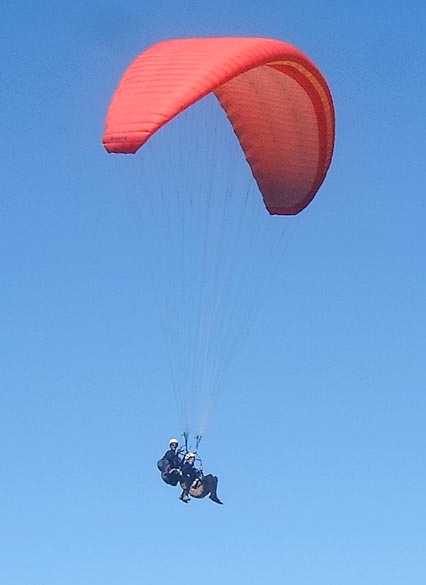