One of the world's largest airports nears completion. 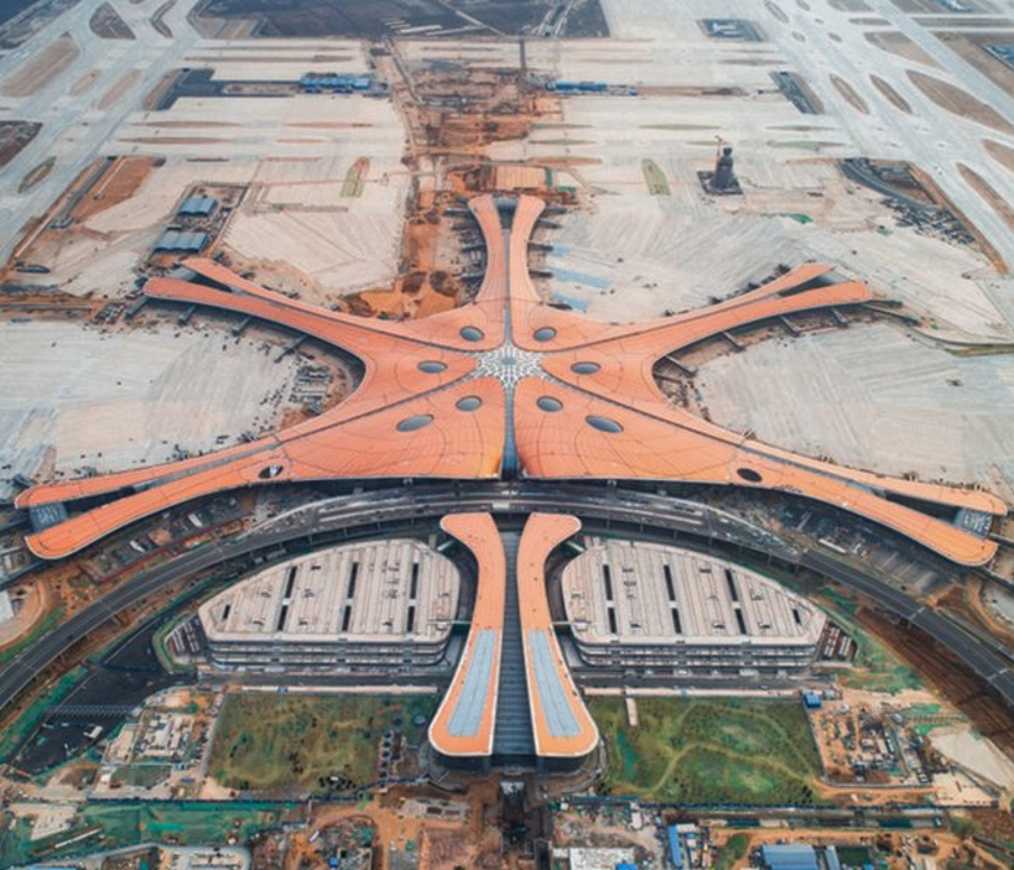 Beijing Daxing International Airport is scheduled for completion in September 2019 in the Daxing District 67 km south of Beijing. The architectural design is the work of Zaha Hadid Architects, an international architectural practice based in London and founded by Dame Zaha Hadid who sadly died in 2016. 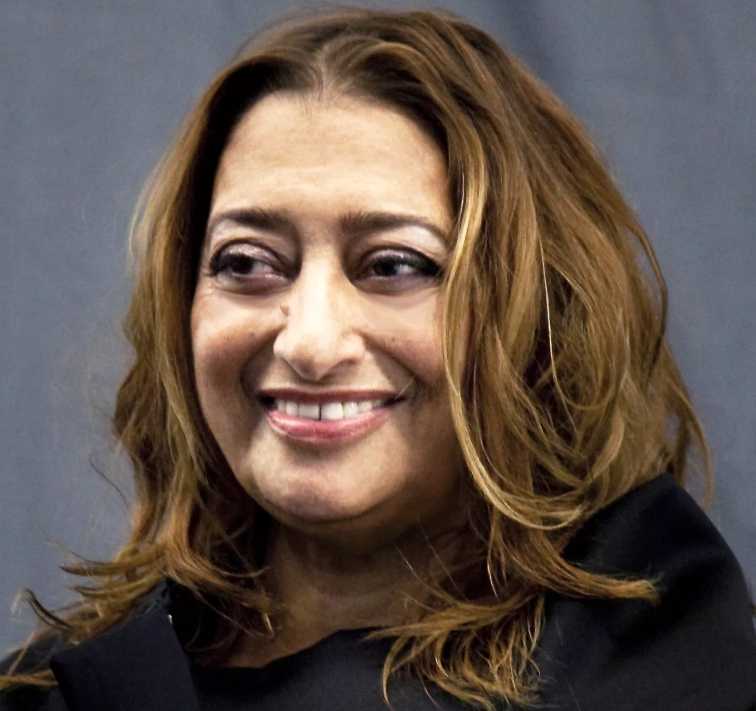 Such projects in China tend not to be hindered by planning and consent problems which commonly arise in other parts of the world. All of the land required for the Daxing Airport project was simply requisitioned and thirteen villages were subsequently demolished requiring approximately twenty thousand people to be relocated. The airport is budgeted to cost the equivalent of US$12 billion and is currently on-budget and on-time.

With its gold coloured terminal roof, the main terminal has a footprint of 700,000 sq.m. plus 80,000 sq.m. for a ground transportation centre. The ground floor includes the largest seamless single slab of concrete covering 250,000 square meters. The terminal configuration involves five concourses connected to a main terminal hall and aims to limit passenger walking distances to no more than 600 meters between security checkpoints and the remotest gates. 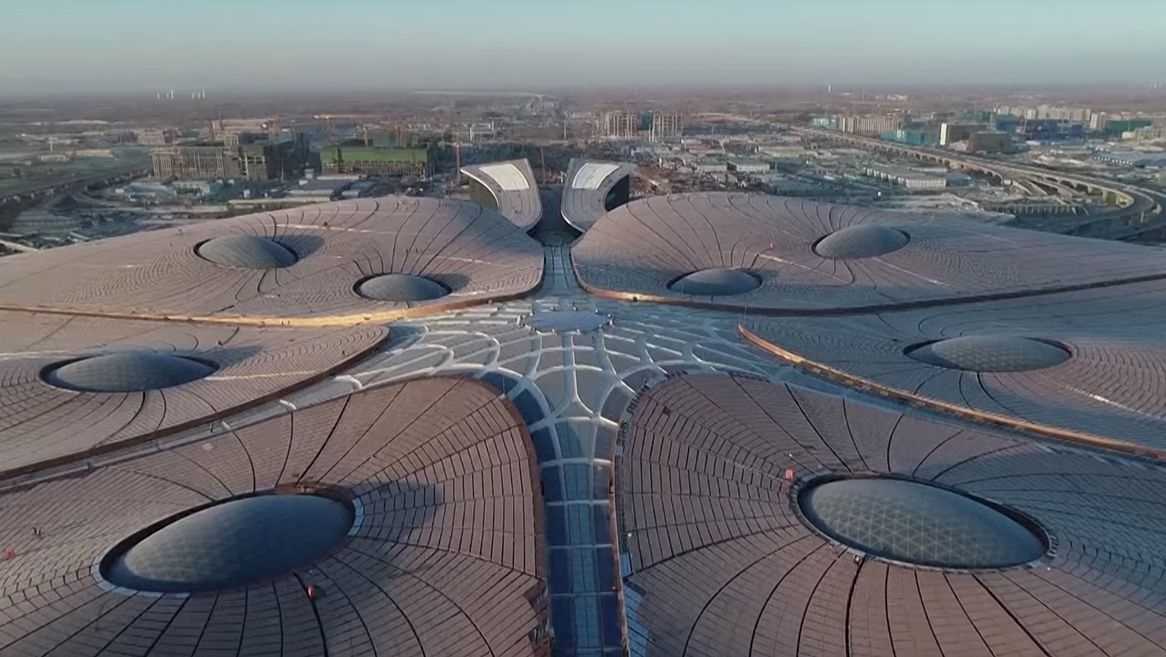 The Airport will have four major runways with eighty aircraft parking bays and provision has been made for future expansion having regard for China being projected to overtake the U.S. as the world’s largest air travel industry player by 2022. 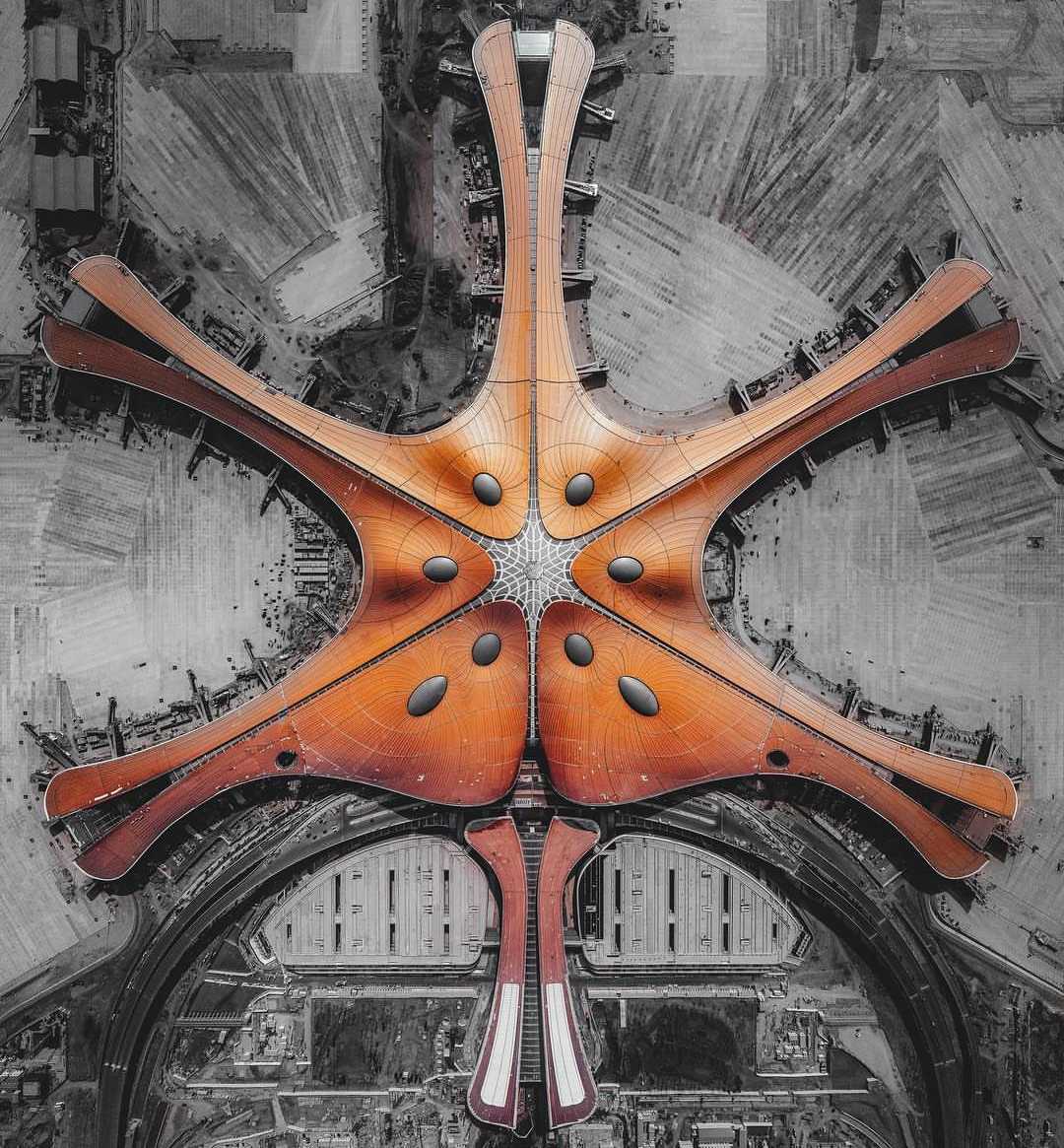 The cost of new infrastructure relating to the new airport including roading, high-speed rail links with down town Beijing etc will be four times as much as the airport itself. High-speed rail, inter-city services and down town-to-airport express trains will all stop directly beneath the airport terminal itself. 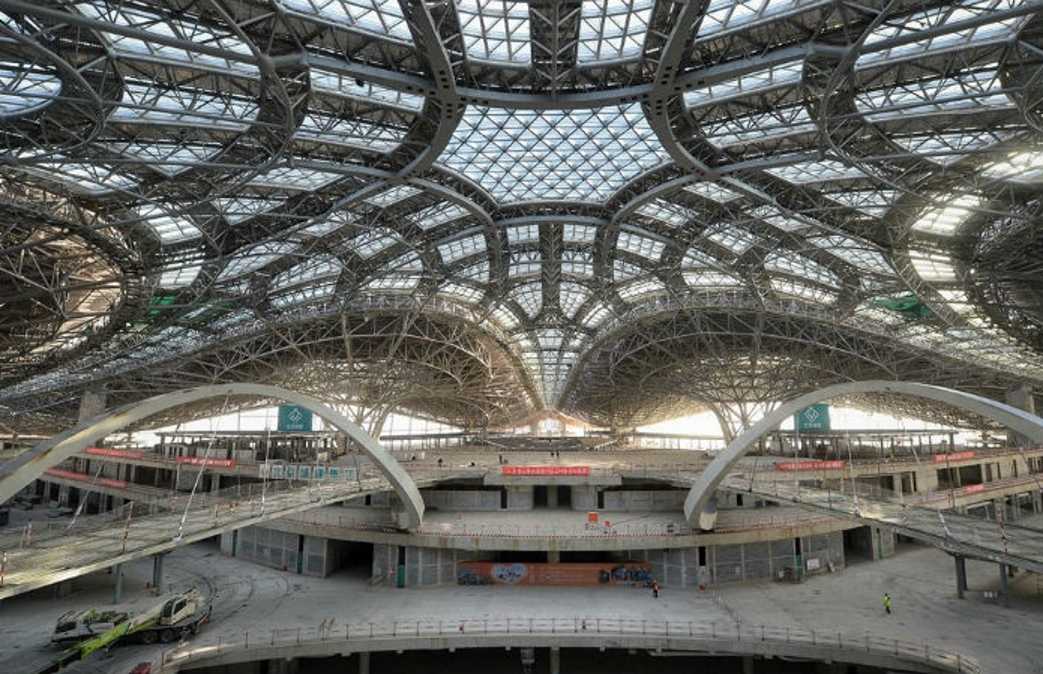 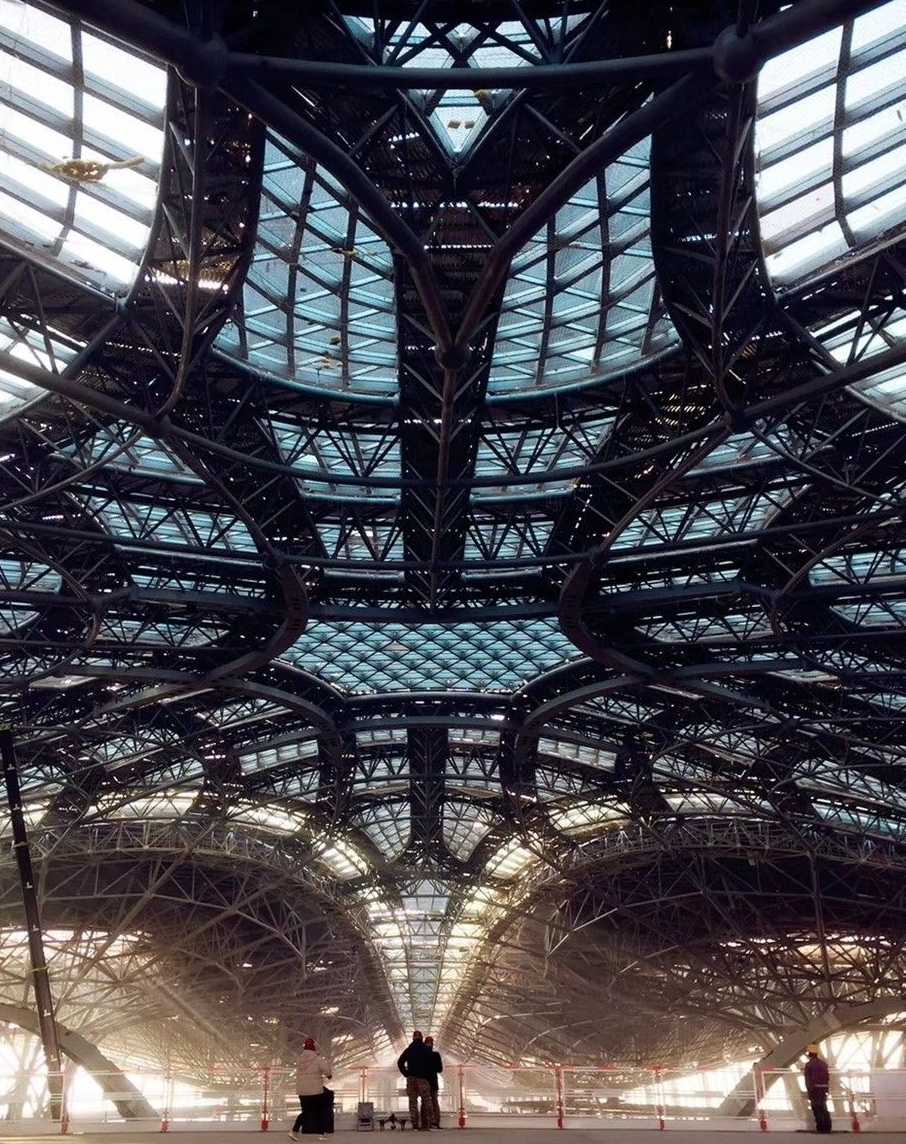 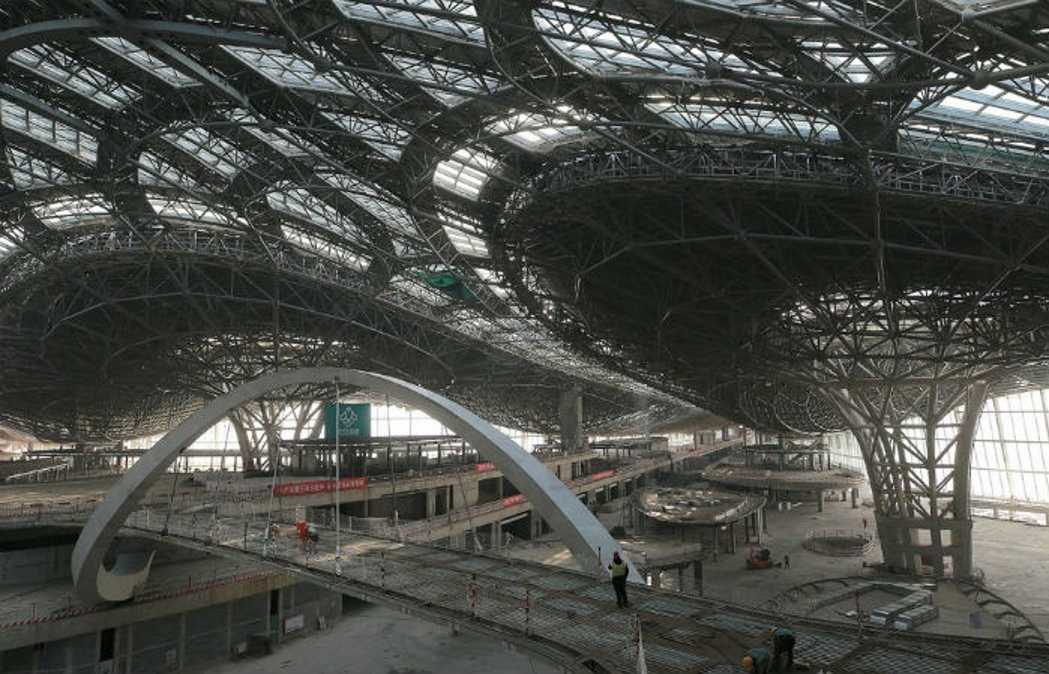