​How Will Our Religions Handle the Discovery of Alien Life? 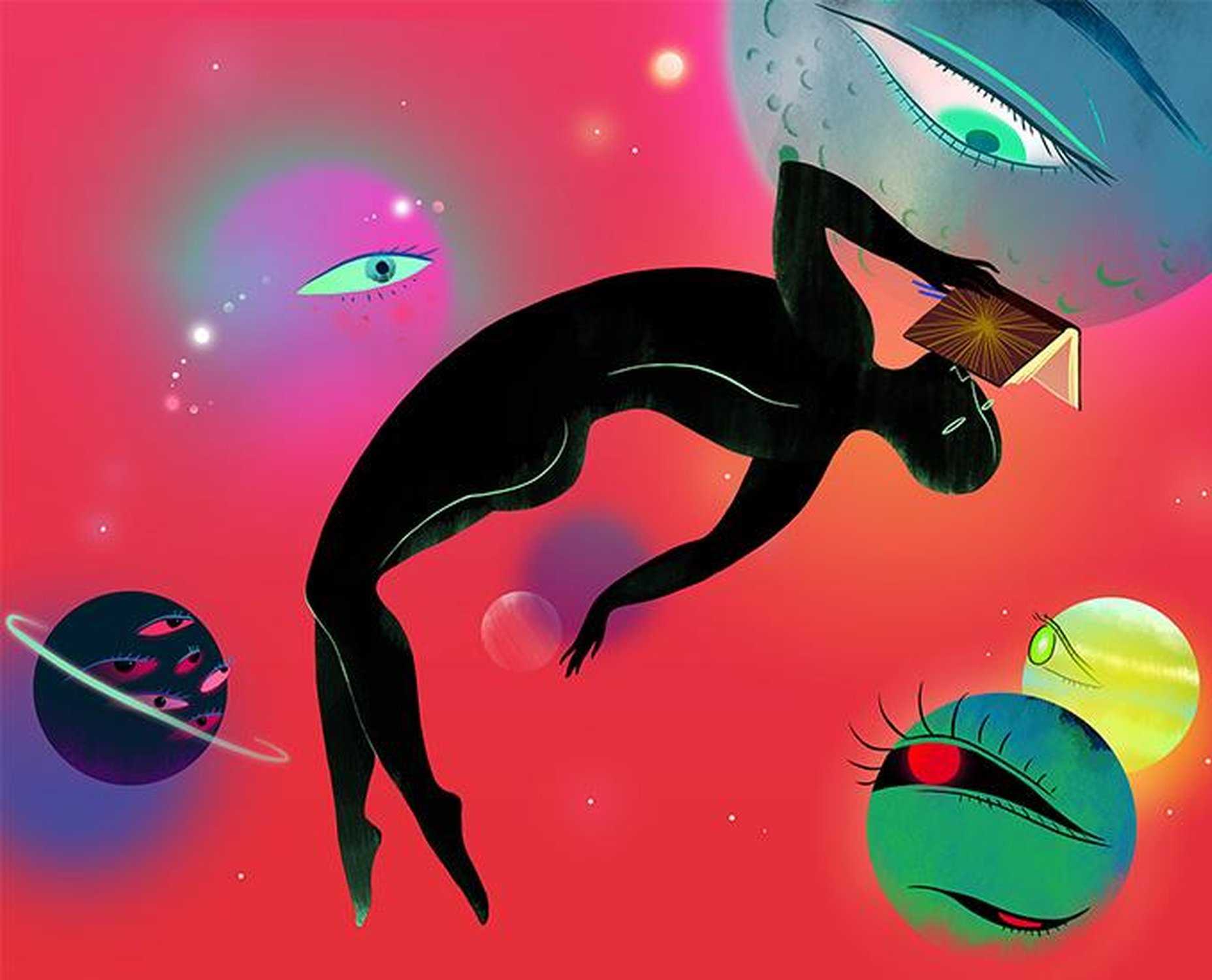 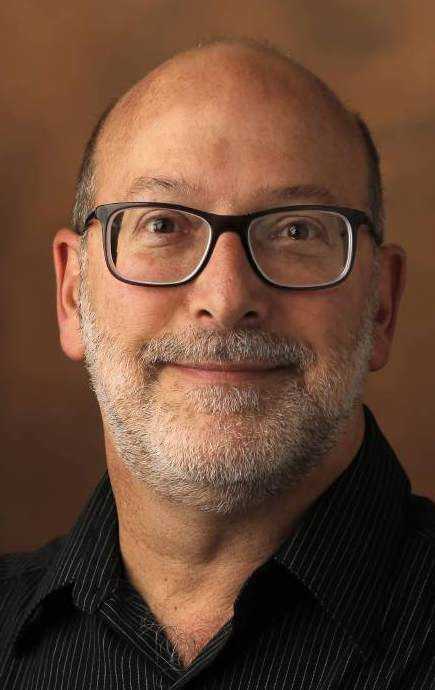 The author, Dr. David A.Weintraub is Professor of Astronomy and co-Director of the Scientific Computing Program at Vanderbilt University, Nashville, Tennessee.

A version of this article originally appeared in Nautilus (an online and print science magazine which "combines the sciences, culture and philosophy into a single story). It should be noted that the Author treats the religions discussed in this article, together with most other major religions, in much more depth in his book 'Religions and Extraterrestrial Life: How Will We Deal With It?' (Spring, 2014). The book is available at Amazon https://www.amazon.com/Religions-Extraterrestrial-Life-Springer-Praxis/dp/3319050559 His two previous books are Is Pluto a Planet? (2006) and How Old Is the Universe? (2010). 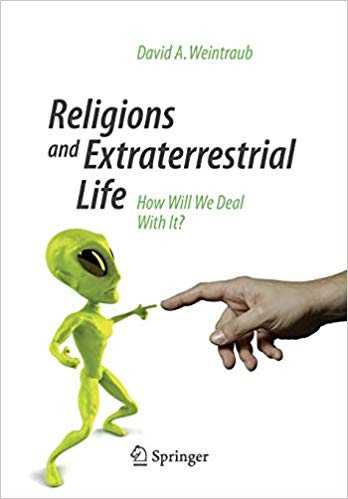 What would your priest, rabbi, or imam say if we discovered alien life?

For the religious, knowing that life on Earth is not unique may demand radical new ways of thinking about ourselves: How special and sacred are we? Is Earth a privileged place? Do we have an obligation to care for beings on other planets? Should we convert ET to “my” religion? These questions point to a deeper issue about whether our religions can adapt to the idea that humans are not the only sentient beings in the universe capable of worshipping God.

Some faiths might unearth new meanings in ancient texts and develop ways of incorporating alien life into their world-views. Other religions that are less flexible in their interpretations of scripture or that claim humans are the only intelligent beings in the universe might struggle to adapt.

Whether we are believers or not, none of us can fully escape the influence of religion in our culture. Religion is one of the oldest parts of our social fabric, and is one way—perhaps the main way—that society will process first contact. Here is a brief list of how some religions think about aliens, whether they will try to proselytize them, and which religions are likely to remain intact in the wake of the potential discovery of alien life. 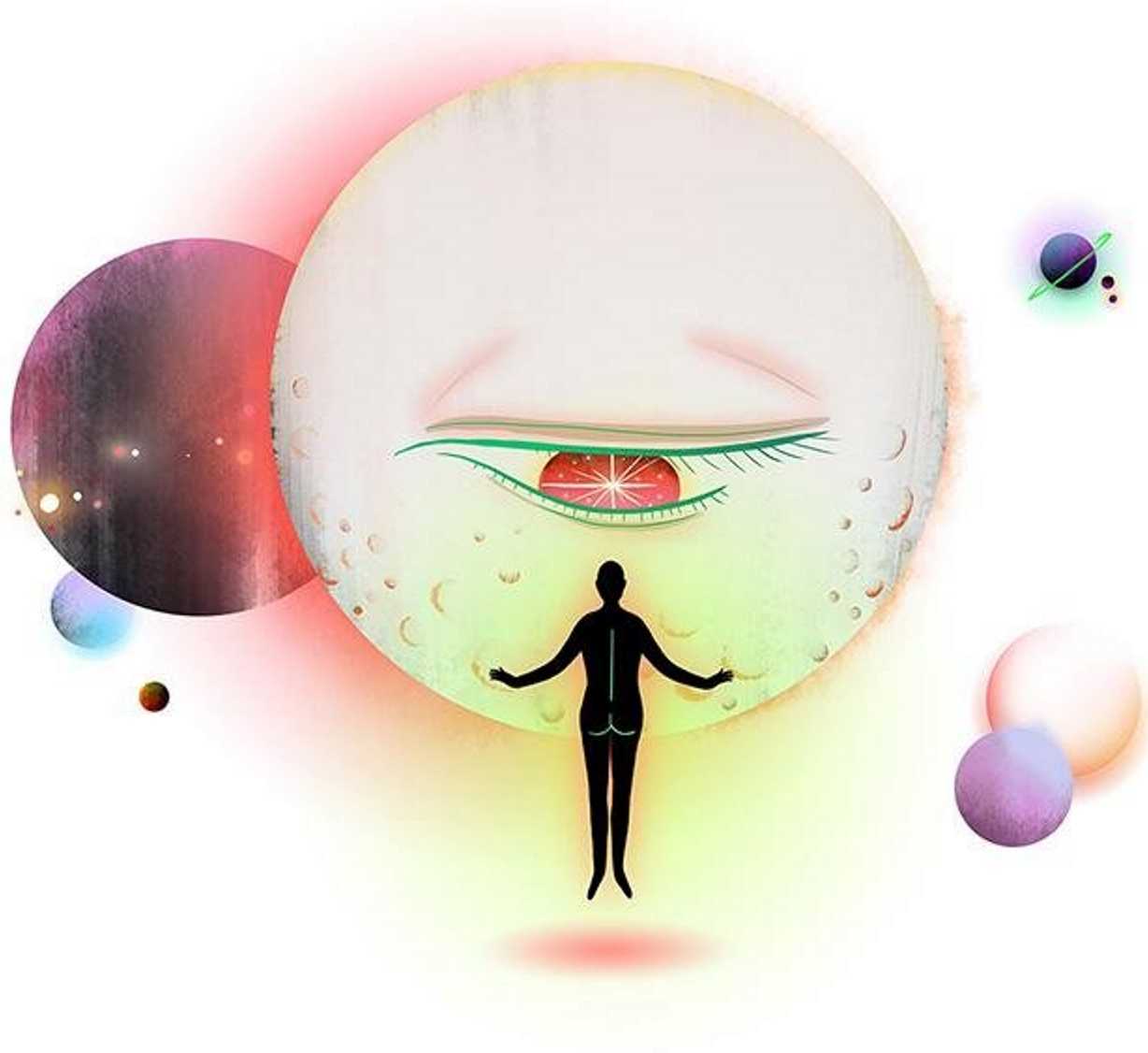 There are a few reasons to believe that Judaism would outlast a first encounter. Since Jews believe there are no limits on the power of God, they are open to the idea that God is free to create more than one form of sentient species in the cosmos. Also, Rabbi Norman Lamm recently proposed that Judaism “can very well accept a scientific finding that man is not the only intelligent and bio-spiritual resident in God’s world,” because “Man’s non-singularity does not imply his insignificance.” From Lamm’s theological perspective, humans might not be the focal point of God’s universe, but they still have a purpose.

Jews would also not bother to proselytize ET. Twelfth-century Jewish philosopher Maimonides held that the righteous of all nations and faiths will earn a place in heaven. On this basis, Jews would assume that ET will decide for itself how and whether to worship God. 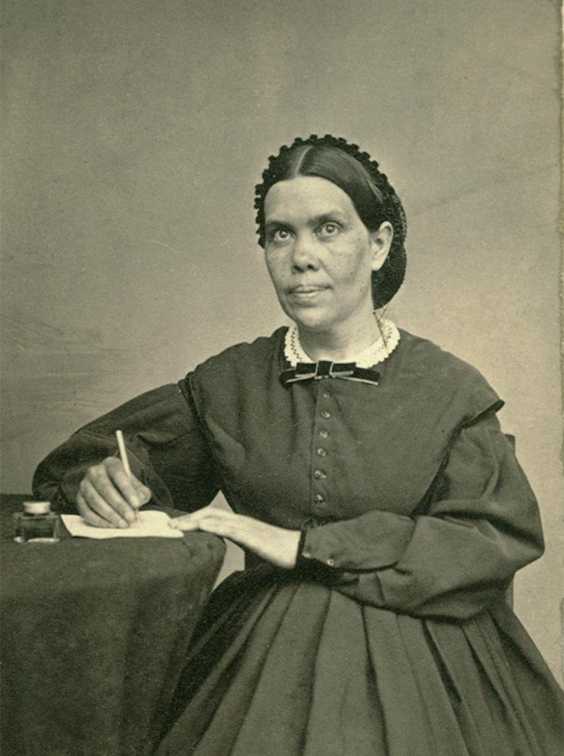 Ellen Gould White was born 1827 and she was an American Christian pioneer and part of a group of early Adventists who formed what became known as the Seventh-day Adventist Church.

Seventh-day Adventism emerged in the 19th century in part as a solution to theological problems stemming from the possibility of extraterrestrial life. The prophetess, Ellen White, described visions of extraterrestrial beings in different worlds that were “tall, majestic people” and entirely without sin. These visions inform the religion’s bedrock belief that since aliens are not affected by original sin, they do not need Christian redemption.

Of course, a serious problem could emerge if ET turns out to be evil. In this case, White’s prophecies might be seen as false, and Seventh-day Adventism would either need to find a way to adjust or vanish into history.

Most fundamentalist Christians are committed to a literal interpretation of scripture. Since there is no mention of extraterrestrials in the Bible, they conclude that this proves the absence of any such beings in the universe. For this reason, first contact with an alien would obviously generate a major headache for Creationists.

Creationists deny the theory of evolution, and the discovery of simple or intelligent life on other planets probably won’t cause them to reconsider its validity. Perhaps they would embrace the idea that an all-powerful God created more than one intelligent species in the universe without resort to evolution and simply chose not to tell us about this aspect of God’s plans. But this view depends upon a non-literal interpretation of scripture.

If ET lands on Earth, denying its existence will become virtually impossible. For Creationism to remain viable, its followers will need to accept divergent views on a wide range of scriptural matters.

In the first half of the 20th century, Jesuit priest Pierre Teilhard de Chardin suggested that original sin didn’t arise from the errors of two humans on Earth, but instead permeates the entire universe. He also suggested that Christ on Earth offers no redemptive value for any other beings anywhere else in the cosmos, and so aliens visiting Earth would not benefit from embracing Christianity. But Teilhard believed that Christ could become incarnate on different worlds, in forms appropriate for those places and beings. These other saviors could establish Christian-like local belief systems that provide opportunities for the redemption and salvation of those alien populations.

Teilhard’s writings have never become mainstream and have been suppressed since 1962. In contrast, the ideas of Brother Guy Consolmagno, a professional astronomer and a Jesuit who works for the Vatican Observatory, better reflect current Roman Catholic views on ET. Consolmagno believes that finding ET would not pose a problem for Roman Catholicism. He argues that there is only one Christ—the one who lived and died and was resurrected on Earth 2,000 years ago. If other beings in the universe suffer from original sin, then they will benefit from the life and resurrection of Christ on Earth. This theological approach also makes Roman Catholicism a universal religion and Earth the most important place in the universe.

If Consolmagno’s views continue to be popular, Roman Catholic leaders might be compelled to convert ET at the first opportunity. This may also cause the minority members who agree with Teilhard to separate from the church.

A future could unfold in which one or more of our major religious groups attempts to convert aliens.

Those of the Muslim faith might not be surprised by news of ET’s existence, particularly if ET is sentient. In fact, Islamic scripture seems to make the case that intelligent life forms exist on many other worlds. The Qur’an states that all of the beings in the universe serve Allah, who “does take an account of them all, and hath numbered them all exactly. And every one of them will come to Him singly on the Day of Judgment.” A number of scholars agree that these beings are not angels, because the word da’bbah translates to mean a living, breathing creature that walks on the ground; it does not fly and it is not a spirit.

Many Muslims believe that Islam forbids proselytizing. But several Islamic groups think the testimony of faith for Muslims, “There is no true god but Allah, and Muhammad is the Prophet of God,” implies that those who are not Muslims threaten their faith, and so non-Muslims must be converted. On this basis, we can expect that numerous Muslims will wish to convert ET to Islam. 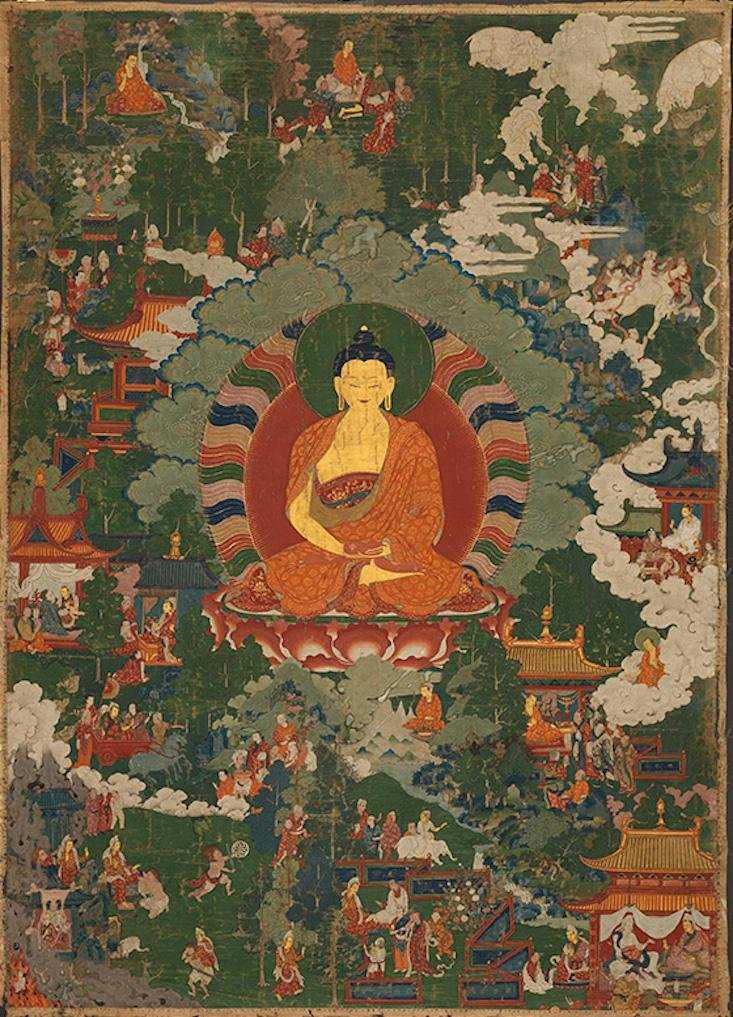 Stories of Previous Lives of the Buddha Tibet; ca. 18th century. Photo from the Rubin Museum of Art.

Buddhists view the universe as unimaginably large, ancient, and filled with living beings everywhere. Within this universe, reincarnation allows a soul to endlessly transmigrate upward or downward through the multiple levels of living beings. At the moment of death, reincarnation also permits a soul to slip away from a body in one part of the universe and be reborn into a different body in another part of the universe. The very existence of ET is built into the Buddhist world view, and so an alien presence wouldn’t pose a challenge to its core principles.

There are a number of reasons why Buddhists would not actively seek to convert ET to Buddhism. The tenets of Buddhism include not blindly following any person or idea, and a Buddhist cannot ask another person to follow Buddhism without that person first gaining a rational understanding of Buddhist principles. Also, most Buddhists accept that their way is not the only path to enlightenment.

Can we draw any lessons from a close examination of religious doctrine about what might happen to religion upon first contact? Yes. The old adage “the theology that marries the science of today will be the widow of tomorrow” is likely true. Most major religions that embrace ET or have shown the flexibility to adapt to new knowledge will probably survive, while more stubborn faiths will face greater challenges. As we have seen, Seventh-day Adventism, Creationism, and Roman Catholicism might face some special challenges.

If history is any guide, the transition won’t be painless. Many times in the past, our religious leaders have been forced to wrestle with major scientific discoveries. Four centuries ago, when Copernicus, Kepler, and Galileo demonstrated that Earth was not the center of the universe, Roman Catholicism and the emerging protestant denominations almost all condemned this idea. While almost everyone today accepts the Copernican view, a lot of damage was inflicted in the 17th century in the name of preserving religious tradition. Despite the turmoil and human cost, the religious institutions themselves survived, though they have also splintered and spawned new religions. We might see the same thing happen today.

History has also shown us that many religions don’t hold back to invite or even force non-believers into the fold. The efforts by European colonists and Islamic armies to convert native peoples to Christianity and Islam have an oppressive, bloody history. A similar future could unfold in which one or more of our major religious groups attempts to convert aliens.

Then again, the greatest religious impact of first contact could be a newfound understanding of ourselves. Perhaps confronting the fact that we are not unique and our planet is not the only one to harbor life will encourage us to let go of the notion that we are superior to others and that an individual human’s personal worth in the eyes of the God is not diminished if ET does not follow the same religious practices as you and me. Is it possible that learning of alien life will encourage us to tolerate the religious beliefs of our fellow humans, too? One can hope.