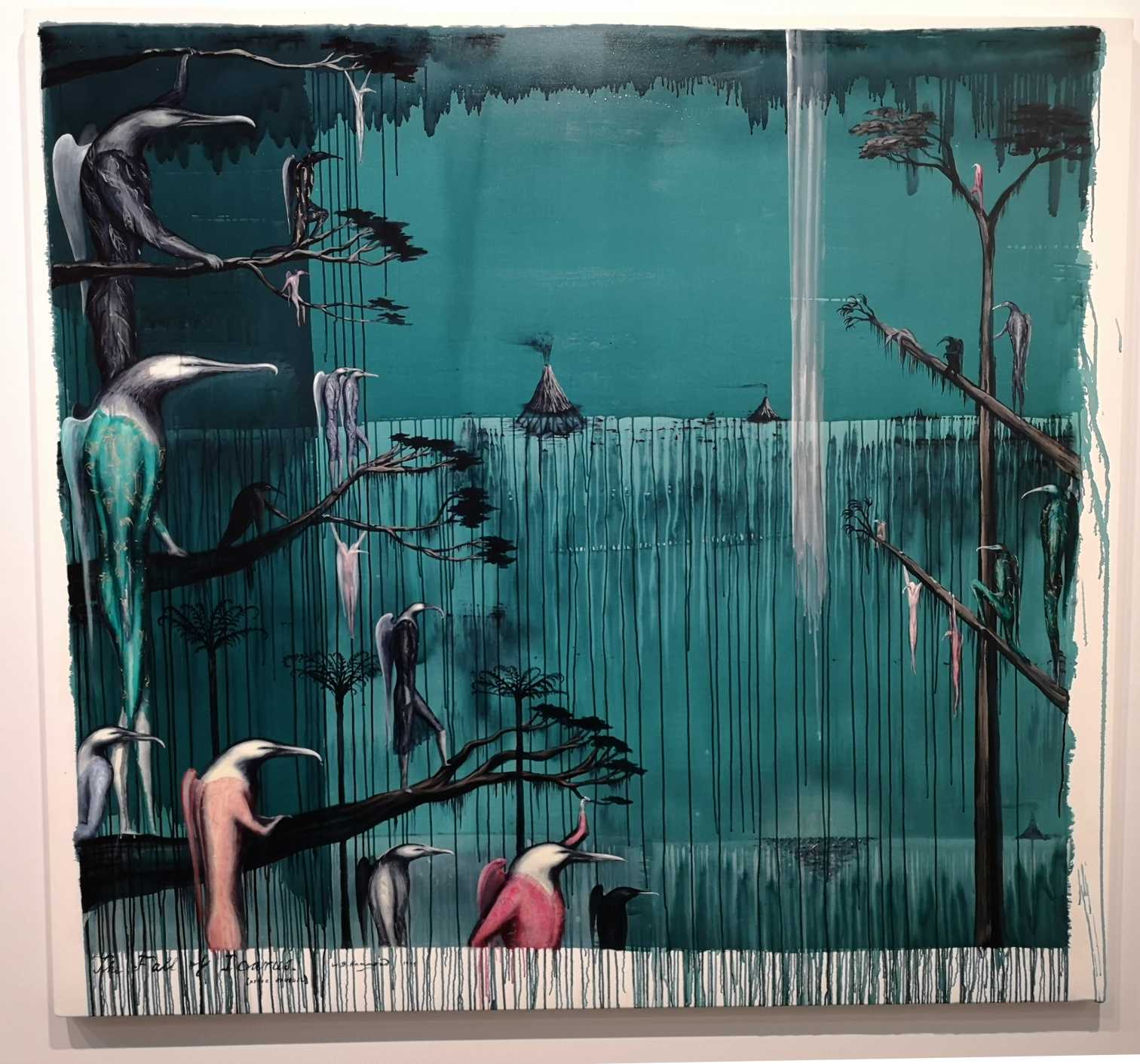 Sadly Bill Hammond died 30 January 2021 at age 73. His passing is a huge loss to the art community in New Zealand. R.I.P.

“Bill Hammond: Playing the Drums” is a current exhibition at Christchurch Art Gallery Te Puna o Waiwhetū through to 19 January 2020. The exhibition features more than fourty of the artist’s works dating from the early 1980’s to his more recent activity. An exceptional exhibition curated by Peter Vangioni and Bill Hammond and very worthy of a visit. 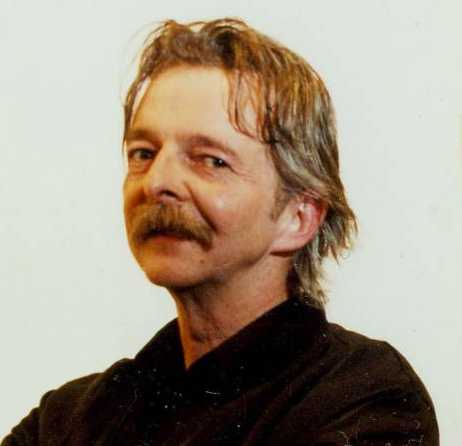 Bill Hammond (also known as WD Hammond) is one of New Zealand’s better known (and sometimes infamous) contemporary artists. He is an advocate for the endangered birds of New Zealand which sometimes feature in his artistic works. He began painting in the early 1980s and his early works were intense and violent and influenced by Hieronymus Bosch (a Dutch painter 1450 – 1516). Rock song lyrics have also found their way into some of his production. His canvases tend to depict human bodies with avian heads, inspired by his visit to the remote Auckland Islands in 1989. Hammond was born in Christchurch in 1947 and has lived most of his life in Lyttelton. He began study at the School of Fine Arts at Canterbury University in 1966.

He won the James Wallace Art Award in 1993, and the following year the premier award at the Visa Gold Art Awards. He was one of the artists who represented New Zealand at the 1999 Asia-Pacific Triennial in Brisbane and the Sydney Biennale. As the name of the current Christchurch exhibition indicates, Bill Hammond is an accomplished drummer and he played with the legendary sixties Christchurch jugband “The Band of Hope”. 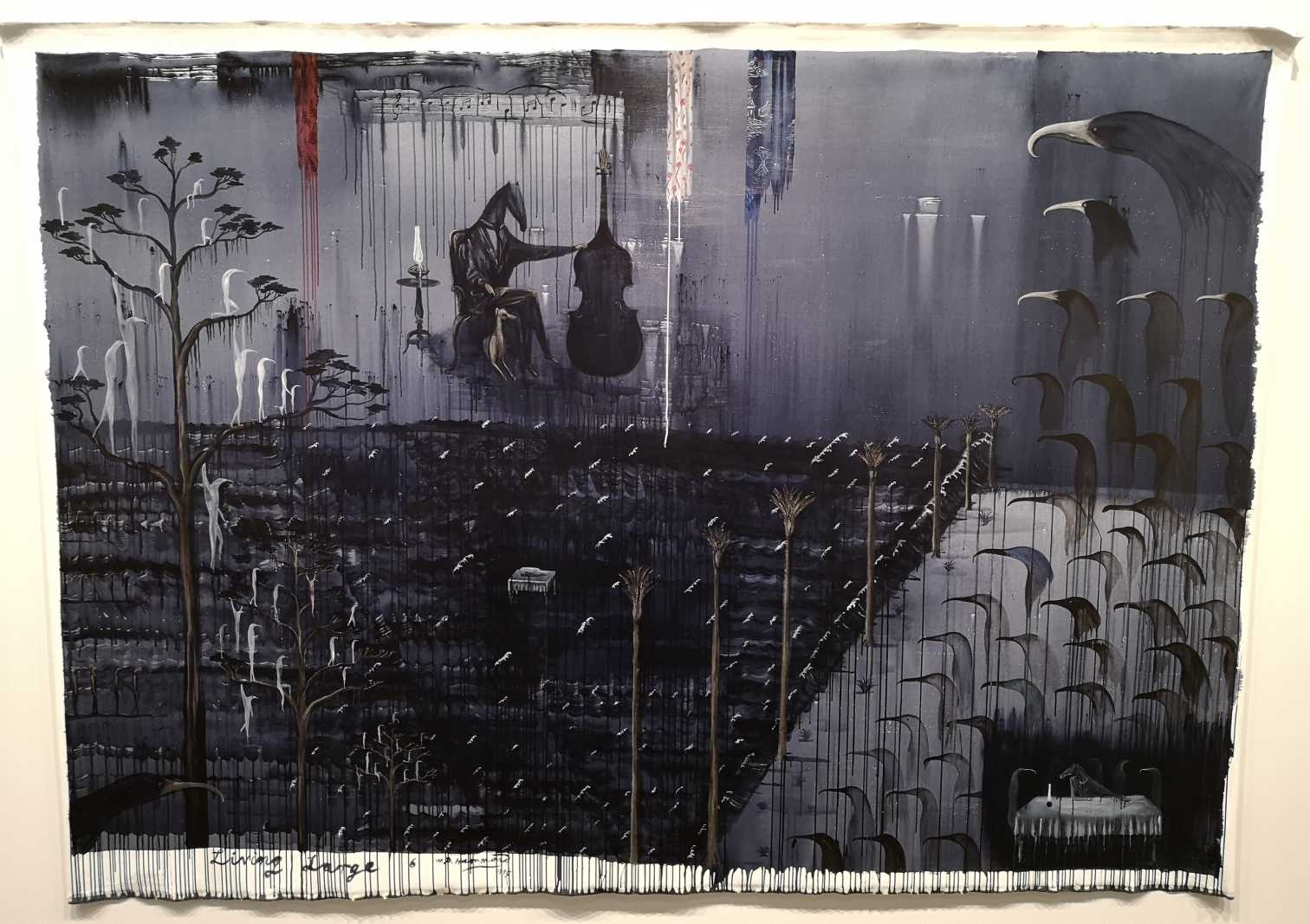 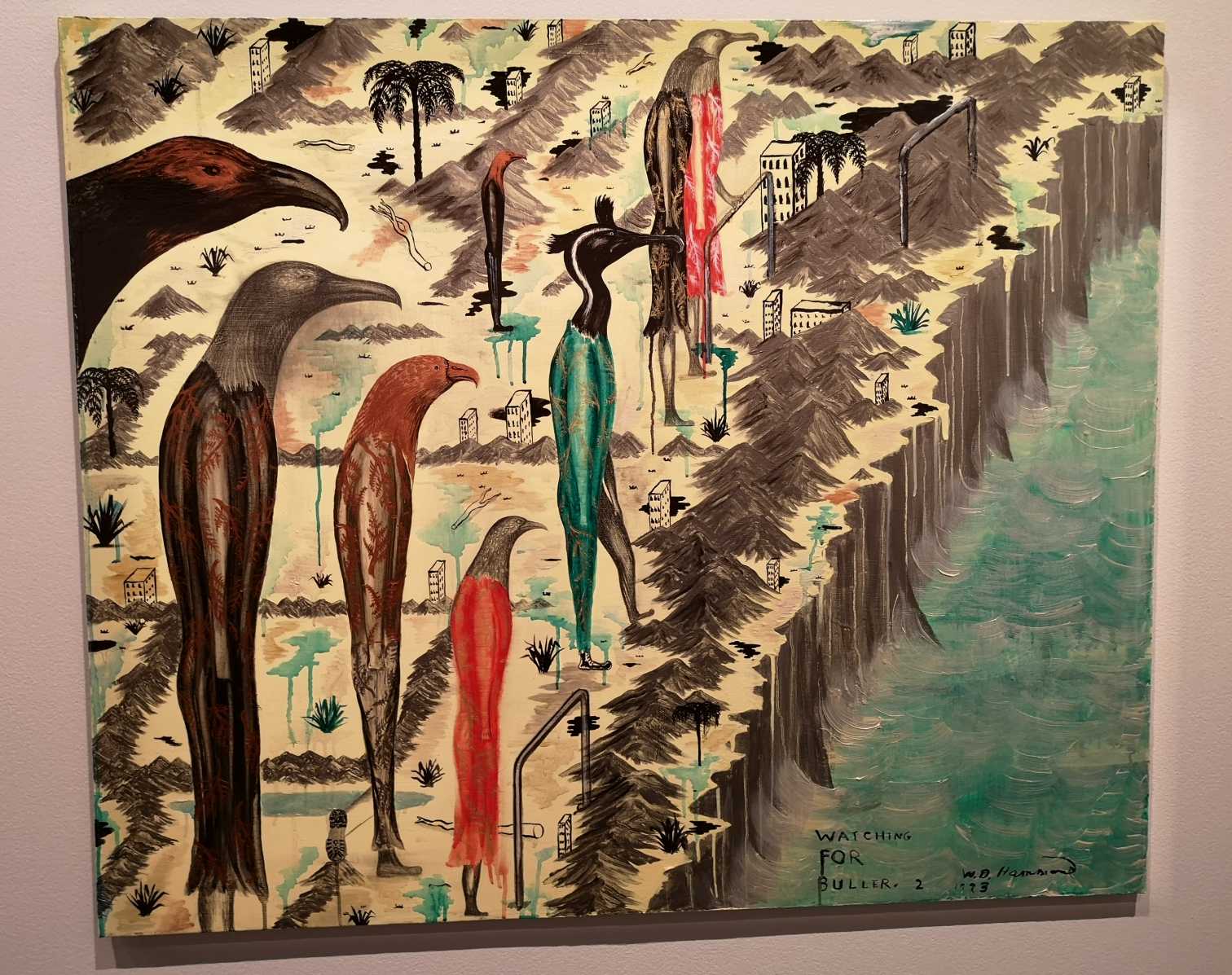 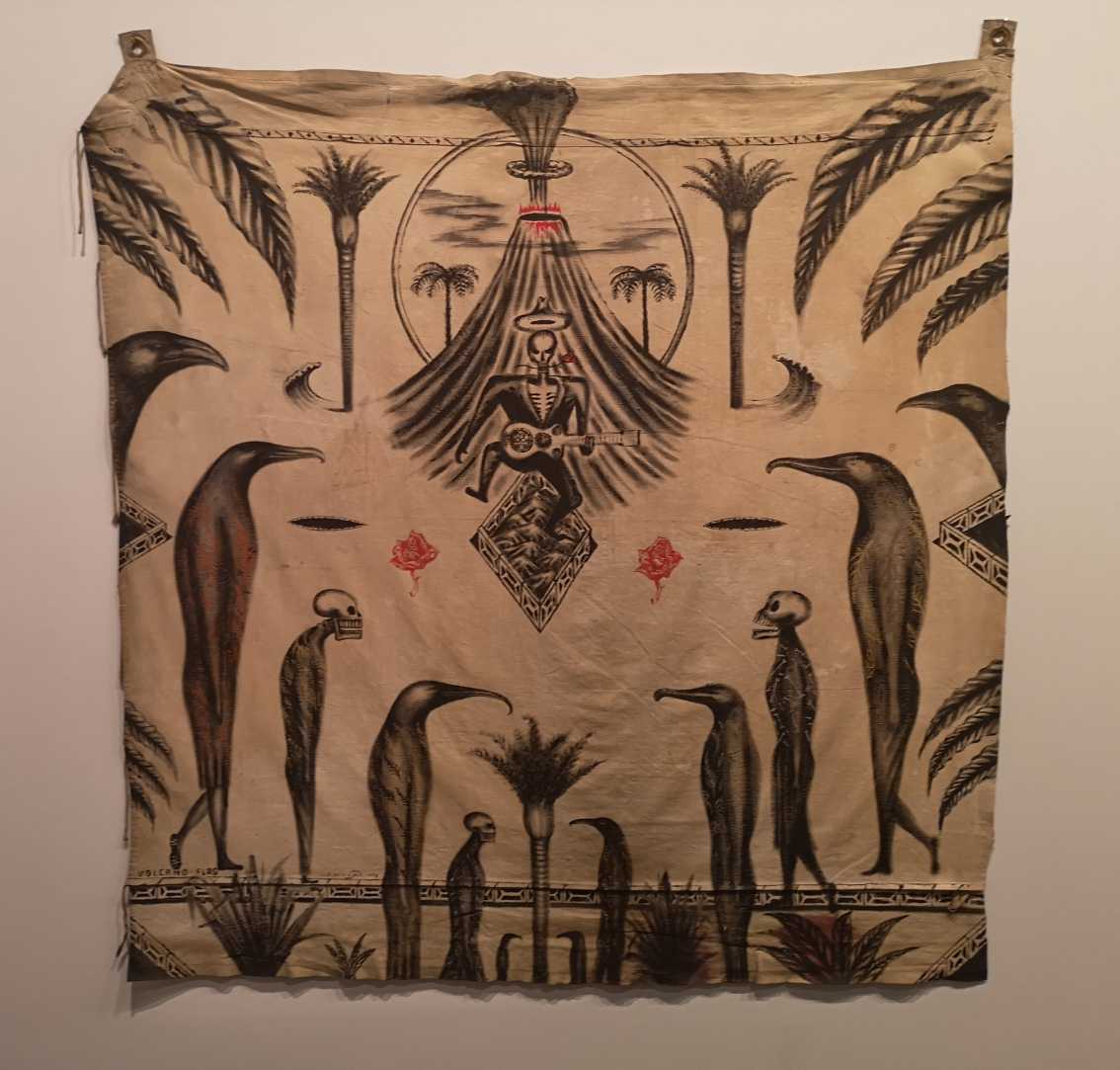 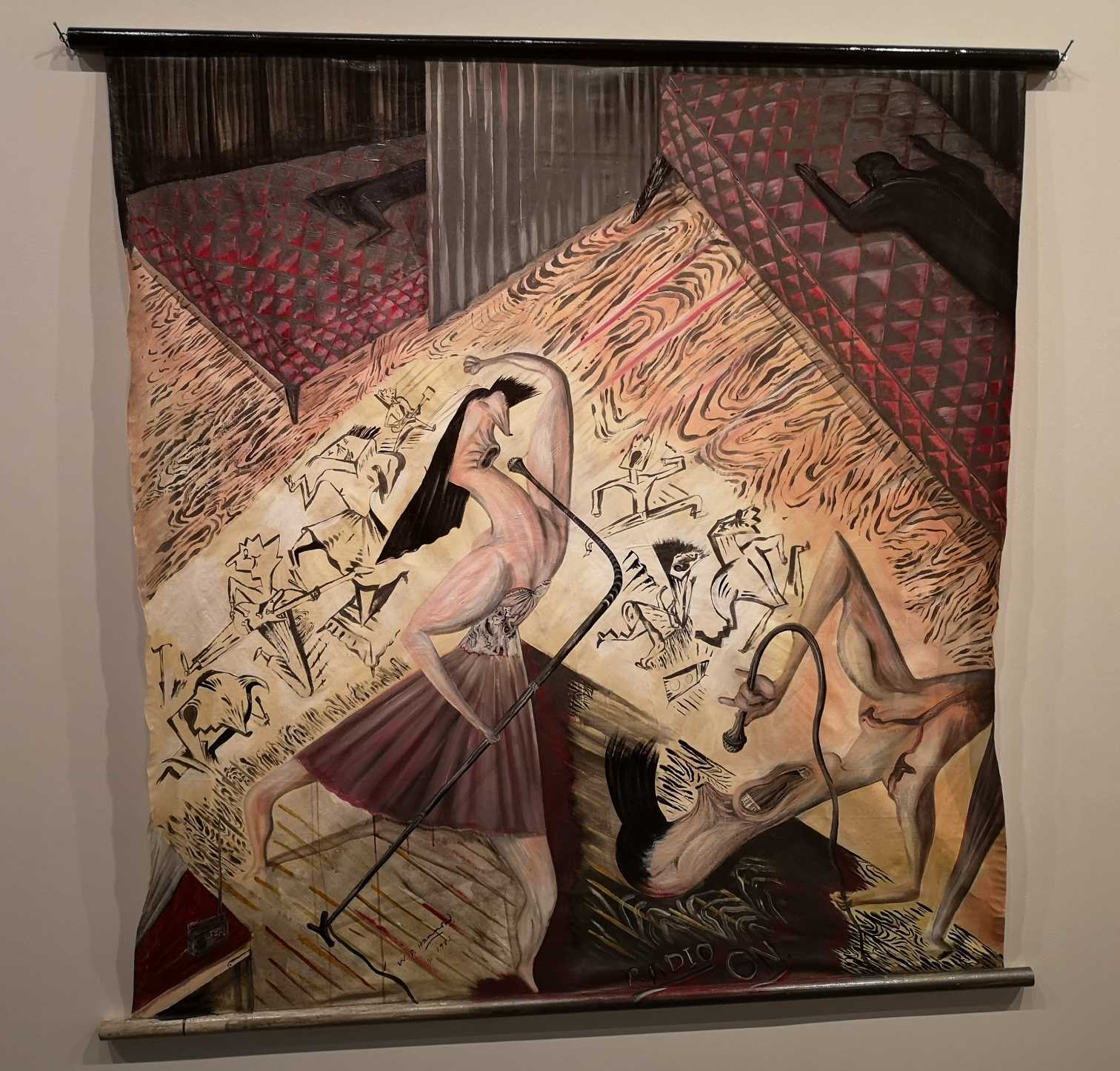 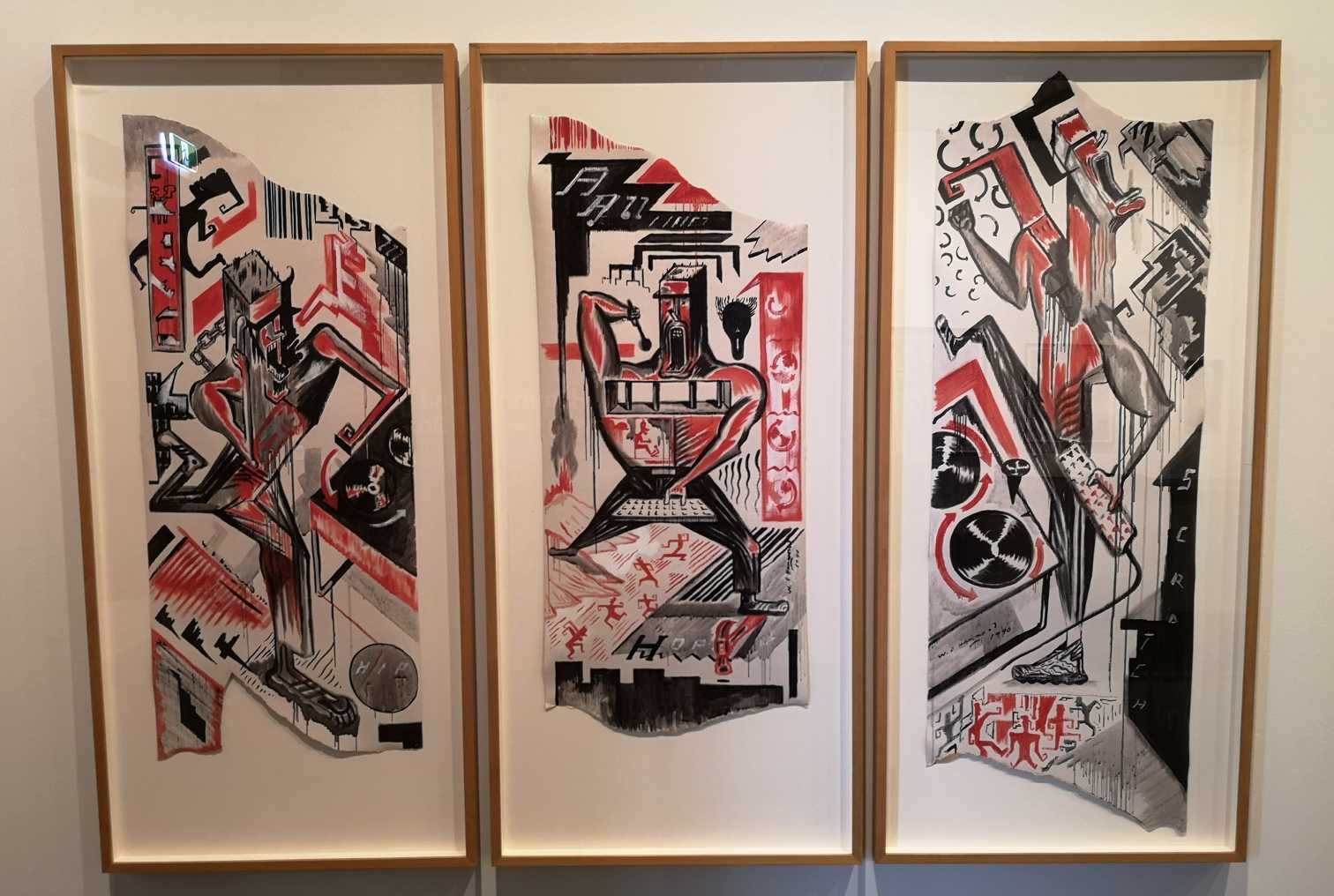 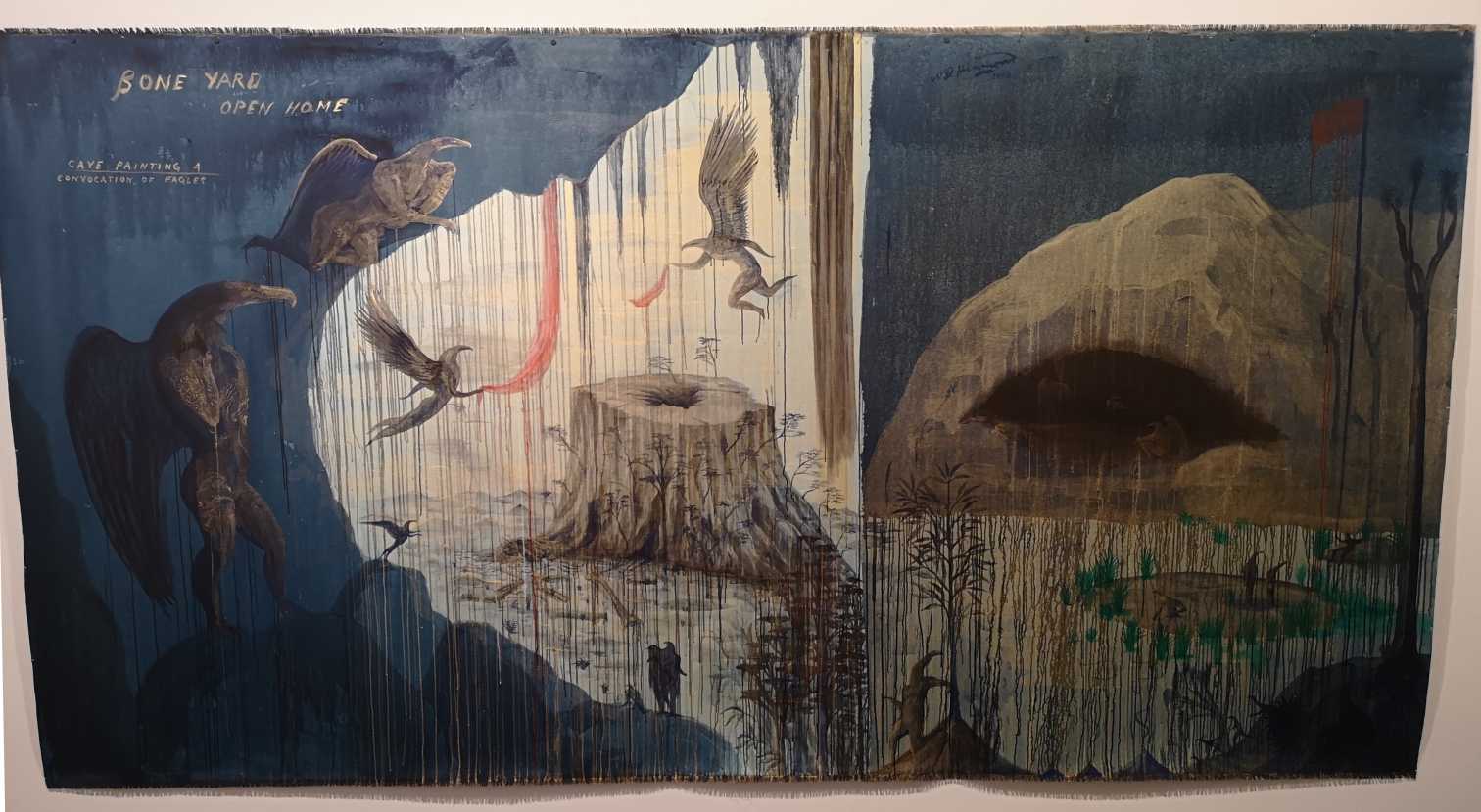 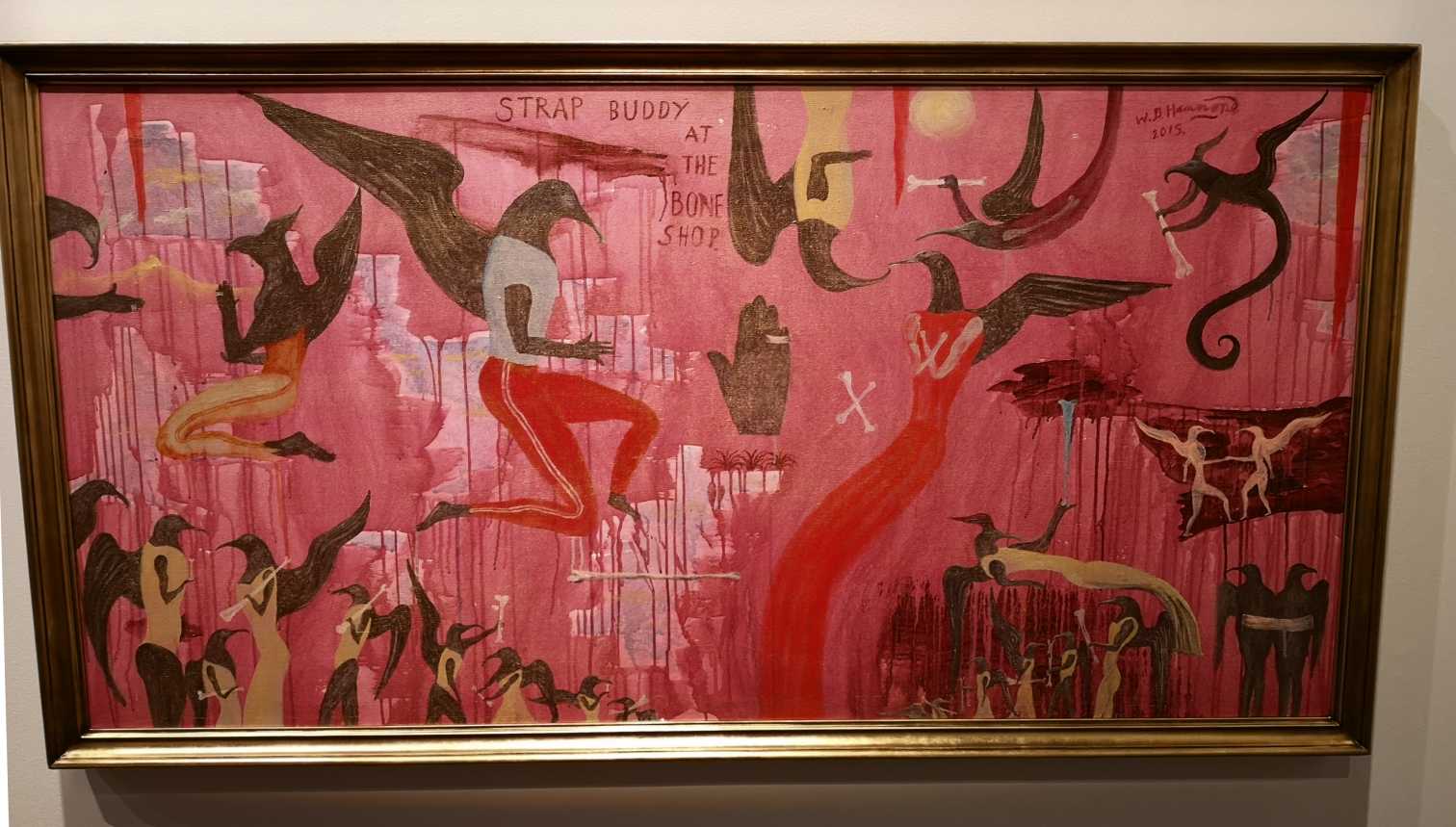 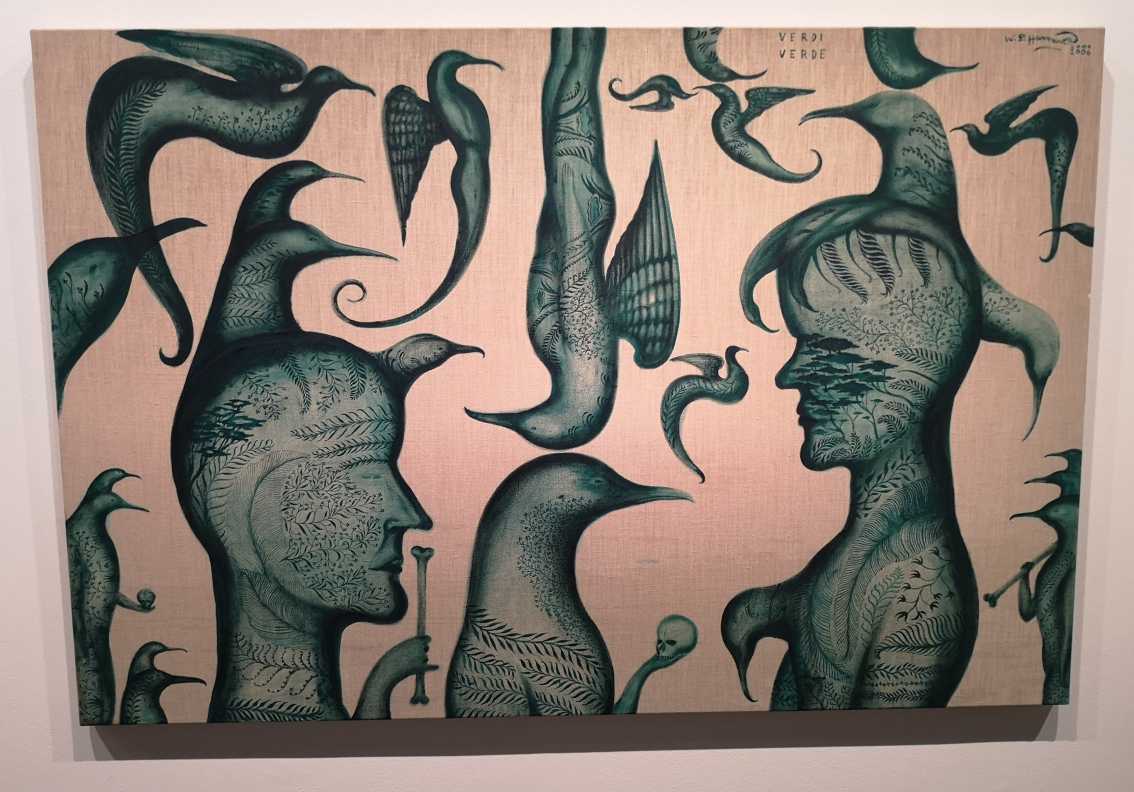 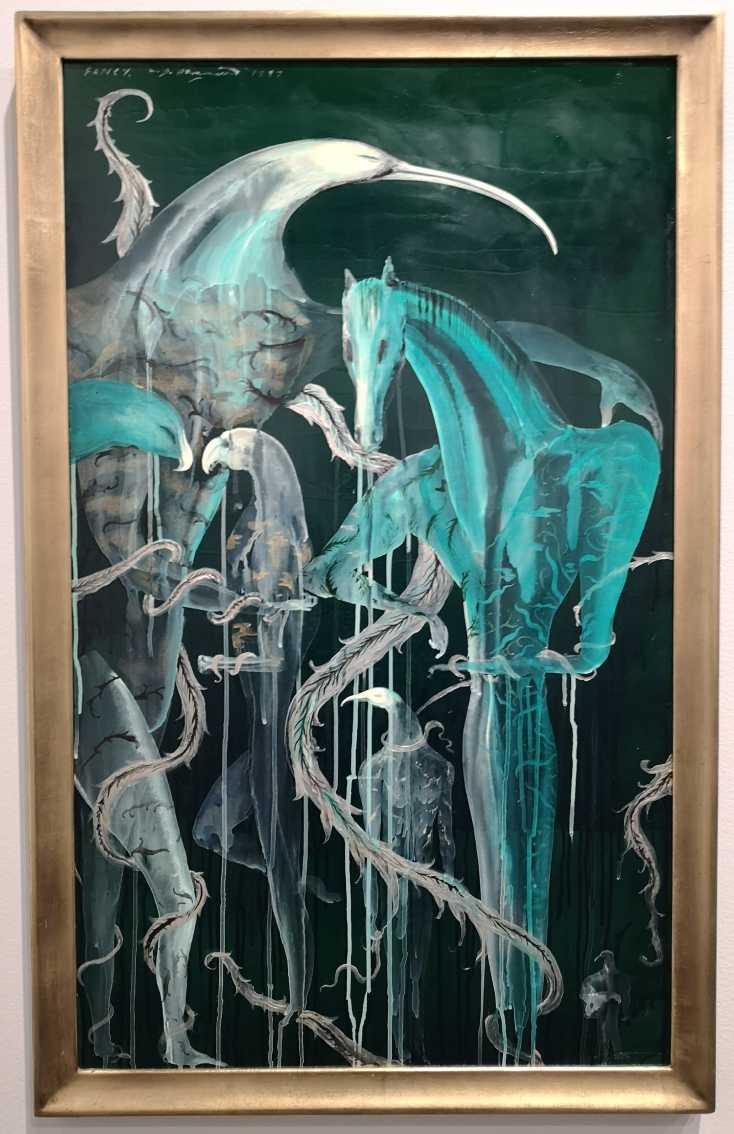 The photographic images in this article were produced by Rejigit and focus on just some of the exhibits in "Bill Hammond: Playing the Drums".