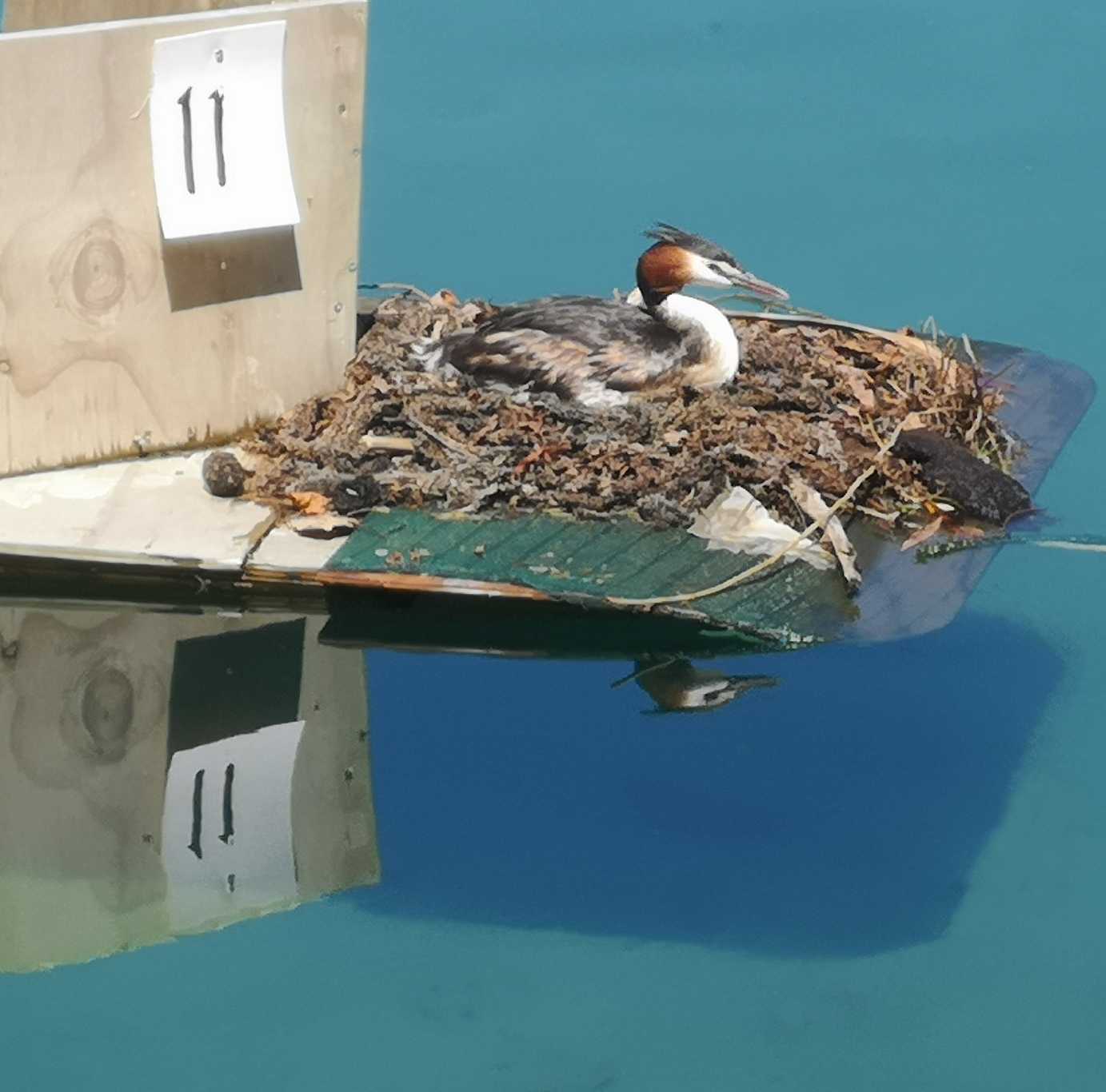 This writer was recently much impressed by a new lakeside walkway, Te Ara which was opened in Wanaka last October and those who take a stroll can closely observe nature at work. 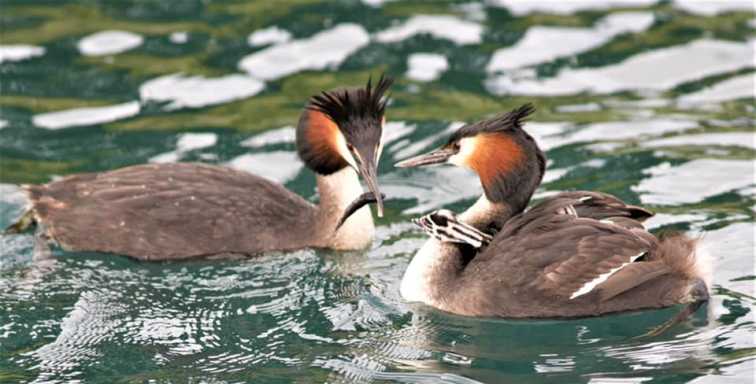 John Darby CRSNZ (Companion of the Royal Society New Zealand) is a retired but still active zoologist who previously recognised that an endangered bird species, the Southern Crested Grebe, was experiencing some logistical difficulties relating to breeding in the Lake Wanaka habitat. 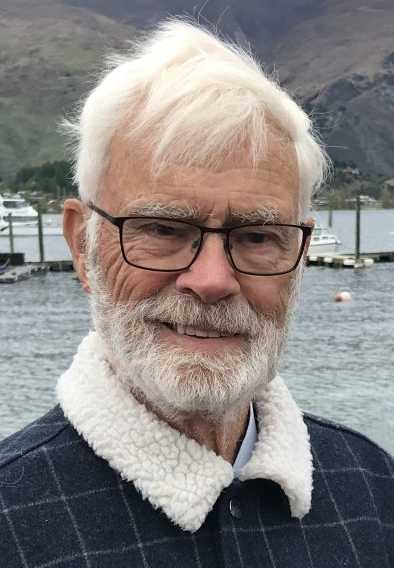 Rejigit had a chat with John who described how he had understood the problem for the Grebes was that water levels in Lake Wanaka rise and fall, sometimes markedly and often. Grebes would ordinarily build a floating nest at the lake edge for it sometimes to be swamped by rising water levels, or left high and dry when water levels receded. In 2013 he constructed an experimental floating wooden platform supporting a nest and after much encouragement from him, a pair of Grebes moved in and successfully bred. In succeeding breeding seasons the project has been hugely successful and since 2013 an estimated 400+ chicks have fledged. 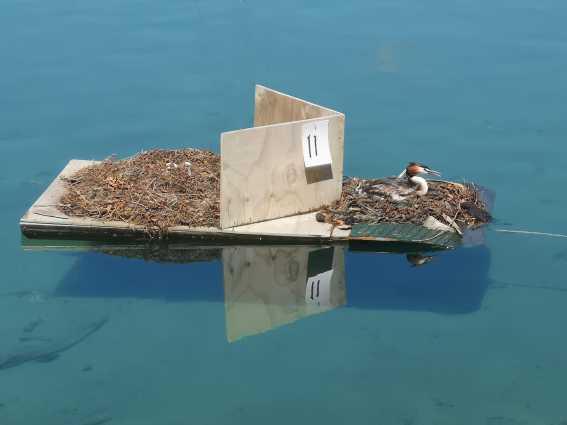 The man-made wooden platforms each weigh between 40kg and 60kg and presently there are twelve anchored to the bottom of the lake immediately adjacent to the walkway plus six which are attached to the floating marina (eighteen breeding pairs are or have been in residence this breeding season). John is in the process of standing down from day to day management of the Grebes project and two of his fellow supporters, Marcus Hermann and Dave Thomas will fill that role.

Surprisingly the Southern Crested Grebe is closely related to the Penguin and the Albatross. Grebe adults and chicks abandon the nest platforms within a few days of hatching and the chicks are then carried around on their parent’s back. 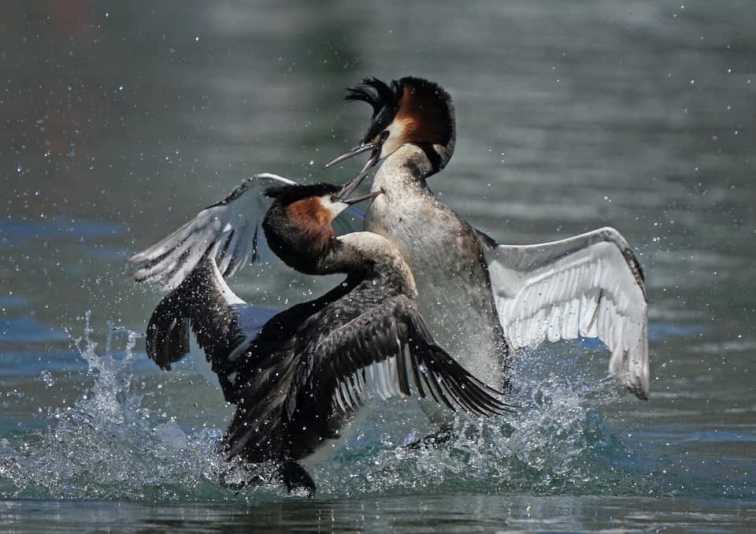 The species is seriously territorial and there can be much infighting during the breeding season. At times when sitting Grebes have vacated a nest in search of food, Scaup ducks have been seen to invade the nest and for inexplicable reasons, roll eggs overboard. Black-Backed gulls are also a serious predator of eggs and chicks.

More information can be found at The Wanaka Grebes website https://www.facebook.com/wanakagrebes/ 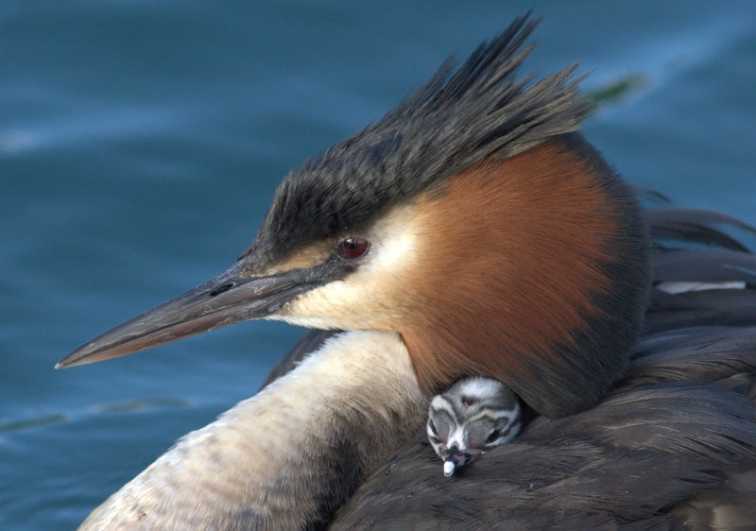