Three Waters has proved to be a turbid matter for the New Zealand government. 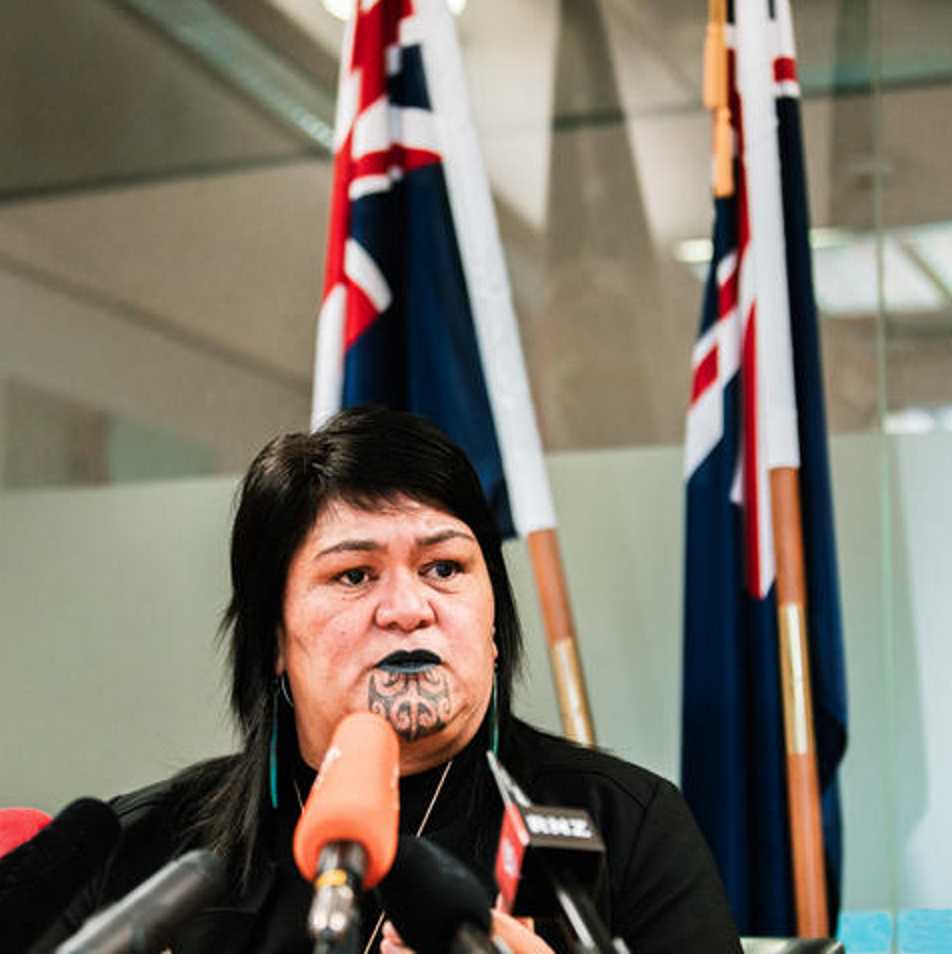 Much of New Zealand’s water infrastructure is in very urgent need of replacement and/or repair and some is deemed to be a potential health risk. Current responsibility for that infrastructure rests with sixty seven councils and regional authorities throughout the country. Such is the immensity of the problem, it is beyond council’s financial ability to deal with it. Remedial work has been estimated to likely cost between $120bn and $185bn over the next thirty to fourty years.

As a work around, the government is proposing the establishment of a new collective water authority which is known as Three Waters because it relates to the three principal types of water infrastructure: storm water, drinking water and wastewater.

Local Government Minister Nanaia Mahuta is driving the Three Waters initiative on behalf of the Labour Government and it is proving to be a very divisive political issue amongst New Zealand citizens.

Graham Adams is a New Zealand journalist, columnist, film reviewer and editor and he has written for many New Zealand media outlets. The article below was written by him and it first appeared on a new New Zealand streaming media site “The Platform” (https://theplatform.kiwi/) on May 18. The Platform generously consented to the article being reproduced here on Rejigit. 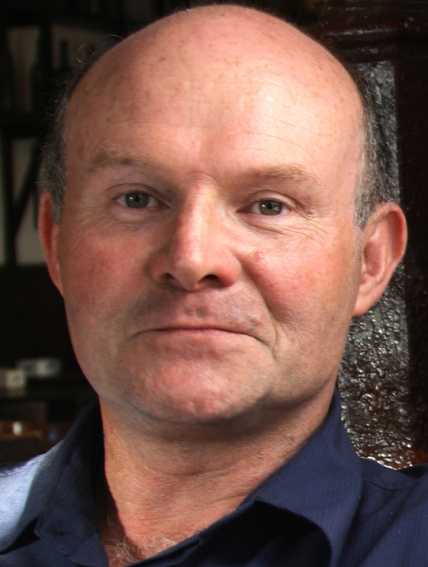 Labour MPs jittery about re-election next year will be looking to jettison the government’s most unpopular policies.

OPINION: In Parliament last week, David Seymour was so cock-a-hoop about what he reckoned was the beginning of the end for Three Waters he could barely hide his glee.

He claimed the Labour Party:

...has been all aflutter in their caucus this week talking about Three Waters, saying to each other, ‘Do we really want to do this? Is it really worth it, botching this thing, so that we lose our seats?

Act’s leader reckoned the backdown had already begun and the Labour caucus would soon vote to kill the contentious programme that will strip councils compulsorily of their water assets and hand them to four vast regional entities governed by equal numbers of unelected iwi members and council representatives.

The rumour that a majority of Labour’s caucus is beginning to stand up to the powerful Māori faction over the co-governance aspect of Three Waters was circulating before Seymour got to his feet in the House to declare that Three Waters is “a Treaty settlement disguised as an infrastructure project” — and one that is making Labour MPs very anxious.

And then the next thing that they're going to say is, ‘Well, actually, we’re going to have equal representation. That’s what it’s about.’

Finally, when they realise that the spin doesn’t work, the people don’t want it, and their own political careers are in jeopardy, the Labour caucus will vote to abandon Three Waters — if it hasn’t already. That is what is going to happen, and you heard it here first.

On Saturday, a Taxpayers’ Union Curia poll showed that the political careers of nearly a full third of Labour’s caucus would indeed be in jeopardy if an election were to be held right now.

National and Act would have the numbers to form a government while Labour’s current complement of 65 MPs would be reduced to 44.

That represents 21 unhappy Labour caucus members looking for a new job after next year’s election — and far more than that will be knocking on the doors of recruitment agencies if Labour’s dwindling fortunes continue their downward trajectory.

Perhaps most ominously for the government, 48 per cent of the poll’s respondents believe New Zealand is headed in the wrong direction versus 34 per cent who approve — the worst result for “net direction” (ie, right direction minus wrong direction) in 14 years of Curia polling.

The cost of living was respondents’ greatest concern. And that’s something the Government can’t do a lot about as rampant inflation infects everything from food and fuel to building supplies — alongside sinking house prices that could easily lose 20 per cent or more of their value and still be wildly overpriced.

That’s a lose-lose situation for the Government given that significant declines will merely demote house prices from insanely over-valued to severely over-valued — leaving some home owners with big mortgages under water while many would-be home owners will still be shut out of the market.

In such brutal and intractable political circumstances, the natural inclination of those Labour MPs fearing for their continuing employment will be to focus keenly on the unpopular policies the Government can jettison — as Seymour was very happy to remind them.

Three Waters is certainly among the most obvious candidates for defenestration. A 1News Kantar Public Poll in late January showed only 26 per cent of voters supported the Three Waters reforms, with 40 per cent opposed. The balance of those polled either didn’t want to offer an opinion, or didn’t know enough about it to state a position.

In fact, Three Waters has been deeply unpopular since last June’s disastrous $3.5 million cartoon ad campaign began, which depicted grumpy fish and slimy water, and suggested councils had failed in their duty.

The position that candidates for councils and mayoralties adopt on Three Waters is likely to be a major factor in whether they win or lose in local body elections to be held later this year. The prospect of those battles raging the length of the country must be preying terribly on the minds of vulnerable Labour MPs.

There is also a significant court case looming for the Government — and one almost entirely overlooked by the media — that disputes the legitimacy of Nanaia Mahuta’s radical proposals for the management of the three waters (drinking water, stormwater and wastewater).

A Statement of Claim was filed by the Water Users’ Group in the High Court last December (with an amended statement filed on April 13 in response to the Crown’s Statement of Defence).

The case will be argued by QCs Grant Illingworth and Gary Judd to test Mahuta’s claim that the Treaty obliges the Government to institute a co-governance model over water management and the particular way the minister is proposing to go about it.

The group contends that Māori have no greater interest in water generally than non-Māori, except in the case of customary rights for specific bodies of water. To give iwi special rights in general — including to the infrastructure itself, all of which was created after 6 February 1840 — is:

...a breach of the Crown’s Treaty duty to all New Zealanders to act with fairness, reasonableness, honour, and justice.

The group also claims that it was “an error of law” for Mahuta to base her recommendations on:

...a conglomerate able to be described as ‘iwi/Māori’ who or which had rights and interests in all water and the three waters.

It says Mahuta’s proposal to divide the country into four regional entities and deal with water on a pan-Māori basis within each entity would actually subvert the rights of individual iwi/hapu for direct influence and control over water within their rohe, or territory. (The exception, of course, is Ngai Tahu, whose rohe covers nearly all of the South Island and whose boundaries form all of Entity D.)

The way the group sees it, the Three Waters proposal will in fact breach Article 2 of the Treaty given that dealing with the interests and rights of “iwi/Māori in all water” will undermine the tino rangatiratanga of individual iwi/hapu over their water within their rohe.

The reasoning Mahuta provided to Cabinet to justify her Three Water proposals is also clearly in their sights. She has said that Crown Law advised her the co-governance model was necessary for the Crown to comply with its obligations under the Treaty of Waitangi.

So far she has refused to produce that advice and an application has been filed to ask the High Court to order the government to hand it over so its validity can be tested.

Given the constitutional importance of the advice, it is certainly very hard to understand why Mahuta is keeping it so firmly under wraps — unless, of course, it doesn’t provide a sound legal basis for her reforms at all.

If it turns out it doesn’t back her position and she has misled Cabinet and the public, her role as the Minister for Local Government will — or at least should — become untenable.

What is both extraordinary and alarming is that the Taxpayers’ Union — which is backing the group’s court action — has stated that even the claim Mahuta made of supportive Crown Law advice has now been redacted from the Cabinet Papers, “so you won’t find it in the Papers online”.

The union has suggested it is possible Mahuta felt initially that she needed to claim the imprimatur of Crown Law to convince her Cabinet colleagues and the public she had a sound legal opinion to back her interpretation of the Treaty. Now, apparently, she would much prefer that everyone forgot about that critical step in advancing her Three Waters programme.

Given such a red flag appearing around a court case of huge constitutional significance you’d think the mainstream media would be covering the initial manoeuvring between the Crown’s lawyers and the Water Users’ Group in minute detail. But so far it has been very difficult to find references to it.

Of course, all the big media players have committed themselves to promoting the Treaty as a partnership as a condition of receiving a share of the government’s $55 million Public Interest Journalism Fund. And a radical interpretation of the Treaty as a 50:50 partnership between iwi and the Crown is exactly what the Water Users’ Group is contesting.

If its arguments succeed, it will have major implications not only for the progress of Three Waters but also for the government’s extensive programme to insert co-governance into everything from the conservation estate and the RMA to education and local government.

It remains an open question, however, just how much media coverage the case will receive when it begins to be argued in court later this year.

That is, of course, if the Labour caucus doesn’t force Mahuta to abandon the co-governance basis of Three Waters — or the entire programme — before then to save their own political hides.