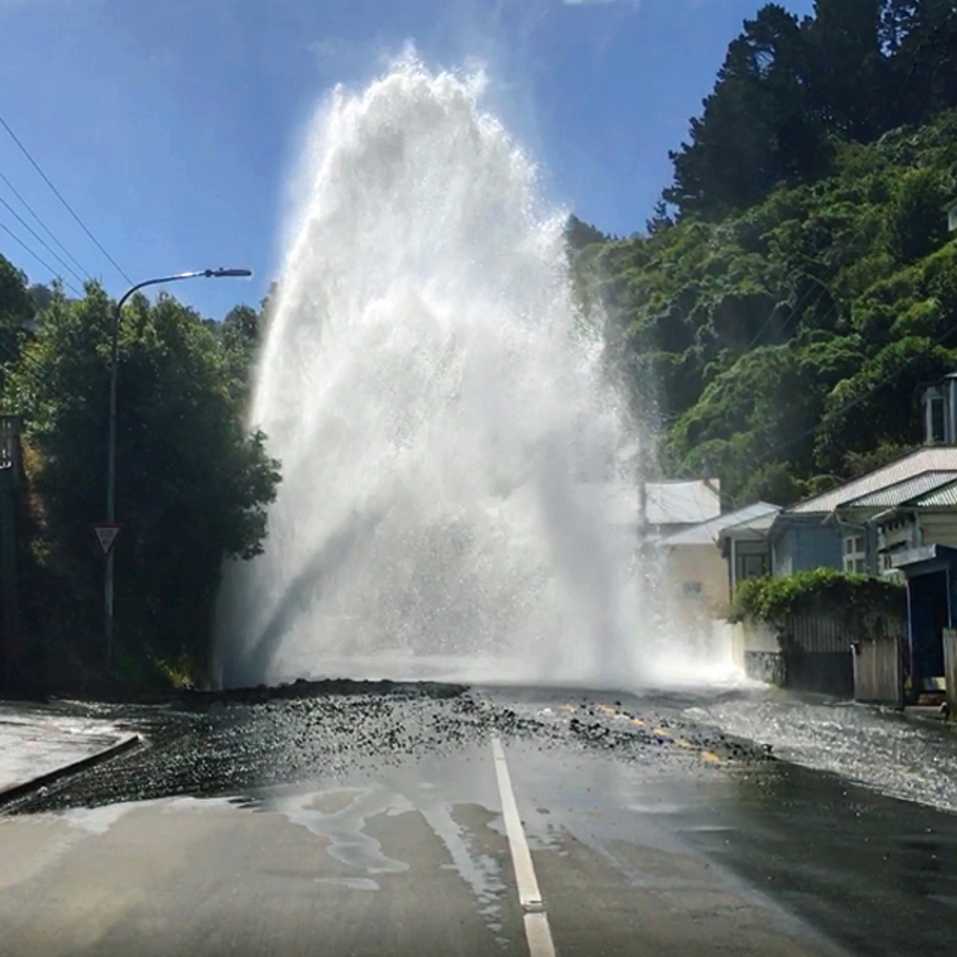 The New Zealand Minister of Local Government, Nanaia Mahuta is at the forefront of the New Zealand Government’s determination to push through legislation for New Zealand's three water services – drinking water, wastewater and stormwater – to be managed by four new publicly owned water entities and replacing all water services currently owned and managed by sixty seven councils throughout the country. 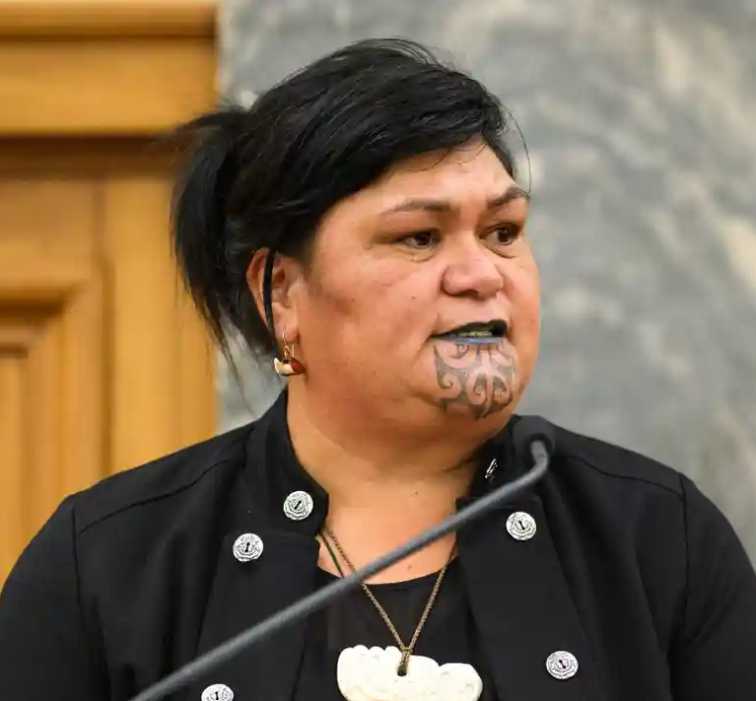 ..The Water Services Entities Bill Taumata Arowai was introduced into the Parliament for a first reading on 09 June 2022. It was referred to the Finance and Expenditure Committee with a requirement that it report back to Parliament by 11 November 2022. Public submissions must be filed no later than 22 July 2022 and can be made via this government website; https://www.parliament.nz/en/pb/sc/make-a-submission/document/53SCFE_SCF_BILL_124081/water-services-entities-bill

..A second Bill providing for the transfer of water infrastructure assets will allow for the Water Services Entities Bill to take effect in practical terms as from 01 July 2024

Below is an Artificial Intelligence generated transcript of part of a Podcast posted to “https://theplatform.kiwi/” on 8th June 2022 (some banter and pleasantries in the conversation have been omitted for the purposes of the transcript and please excuse any Ai glitches).

SP: What is it about Three Waters that people are most opposed to?

PW: I think there is deep suspicion about the reasoning for it. There is no doubt that it's a loss of local control, which is not to say that local control of water services is the only way to administer water services in this country. But I think this just seems to be a one size fits all problem. Like one of the presentations we're having at these meetings is from Nobby Clark. He's the Deputy Mayor of Invercargill. Now, Nobby says that because the Invercargill City Council has been forward thinking and has had the resources, it's actually invested in its water infrastructure over the years so Invercargill does not have a water problem. Sure, they want to do one or two minor investments in the overall scheme of things, but they can look after themselves - thank you very much. What they're worried about is that they're going to have to cross subsidise a local authority further up the South Island because Invercargill has been good and forward thinking they're being punished for being good operators. And I think there are many local authorities around the country who feel exactly the same. Now where you live Sean, the Wellington water is obviously a disaster as well.

SP: The water itself is good but the infrastructure is o’k for us and we’ll get through it, otherwise it is a little bit wobbly, to say the least.

PW: It's the same in Auckland. I've lived in inner city Auckland and the stormwater pipes, they're just not fit for purpose. And we know that every time it rains heavily, which is regularly in Auckland at this time of the year, especially when the storm water and the sewerage combine and it contaminates the harbour. But Watercare in Auckland knows about the problem and it's spending over a billion dollars on the central interceptor. Now what I'm saying is the local authorities know the problem is there. Sure there needs to be some scale, there needs to be some combination of neighbouring authorities to get together to form, shall we say some local water organizations to be able to fix the problems, but for the central government to just impose using Iwi boundaries for these four water entities and saying one size fits all is just ridiculous.

SP: So it's not done by natural catchment Peter.

PW: No. The four water entities are drawn on Iwi boundaries. Did you not know that Sean?

SP: No, I wasn't aware of that. There was a detail that's slipped past me. I don't know. I'm asking the question. I'm scratching my head thinking that's an odd way to manage water. I would have thought natural, geographical catchment would be the smartest way to do things.

PW: For instance, most of the South Island is water entity D except for the Marlborough District Council, the Nelson City Council and the Tasman District Council. So three councils at the top of North Island are not part of water Entity D and that's because Ngai Tahu don't have much of an influence in the in the upper South Island. And I was talking to somebody in Tasman yesterday, the Tasman district, and they are lumped in with Wellington. And people in Tasman apparently have quite good water services, their infrastructure is okay but they're scared that they're going to have to cross subsidise or help pay for the major spenders coming up in Wellington. So what has happened is that this is very much a Nanaia Mahuta Iwi led initiative and we've got the water entities that are based on Iwi boundaries, tribal boundaries and then of course, in the governance of these various water entities, you've only got six local council representatives and then six Iwi representatives on the so-called regional representation groups, which I think is layer three of a four layer bureaucracy before we even get to the start.

SP: But come on Peter, that’s co-governance. That's what we've got to do under the Treaty of Waitangi. Surely the people you've been talking to at these meetings understand the importance of that.

PW: Yes, well, that's what the court case is all about. The Water Users Group has taken the Government to Court or will be taking the government to Court. I believe it's going to be heard in August, because Nanaia Mahuta says that under the Treaty of Waitangi, Iwi must have a say in the governance of water services and she says she has Crown Law advice to that end. And what the water users group wants to know or wants to see is, what exactly is that Crown Law advice and whereabouts it is. Is the Minister for real when she says this. Or is she just making it up. So we'd like to see what the actual Crown Law advice is to say that Iwi have to be at the governance table of the Three Waters entities, the four entities that have been set up around the country.

SP: You know, Peter, that some university group, funded by the government, some expert is going to pop up and say you're just a racist. And all the people going to the meetings are just racist, because that's the way these dialogues go isn't it.

PW: Why am I a racist. But what's the definition of a racist, Sean, I thought the definition of a racist was somebody who thinks that one particular race or ethnicity is inferior to the person to another person. This is not about racism, Sean, this is about everybod in New Zealand having access to that most vital of things namely water and water services. I mean, water infrastructure, for heaven's sake, that has been built and paid for by New Zealanders for over a hundred years. Why should it now be taken off those people who have bought and paid for it and put in the control of these regional representation groups who will be setting the policy and then appointing the governors, who will then be appointing the staff and setting the way that these regional entities have got to be operated.

And what’s more Sean we also don't know whether or not there are going to be royalties charged in some of those royalties may be going to Iwi. If you look at the He Puapua report, it actually says that this is one way of resourcing the move towards rangatiratanga which is self-determination, which is the ultimate aim of people in the tribal elites who want to bring in the United Nations Declaration of the Rights of Indigenous People and have that in place by by 2040. We know all about that. It's been discussed for the last couple of years. But the thing about this is it's undemocratic, it wasn't campaigned on, nobody knew about it when they voted for labour in the 2020 election, it's just sort of sneaked up on the people of the country. It looks like it's going to go through but thankfully the National Party have indicated they will repeal it.

PW: It might well be and you'd like to think it would be. The plan is that the Three Waters schemes will be in place, I think it's the first of July or sometime in 2024. So they won't be in place before the legislation has been presented to the house and will no doubt be passed because of the Labour Party majority. So the system will be set up ready to go in the middle of 2024 but Christopher Luxon said late last week and I see David Seymour is now making public statements that if they are leading the next government, this legislation will be repealed. And hopefully, yes, we know that there needs to be billions of dollars spent on water infrastructure in this country but let's have let's have people to run that water infrastructure, who are engineers and financiers instead of at the moment, I kid you not Sean, the most important qualifications for board directors on these new water entities are knowledge of mātauranga Māori, tikanga Māori and te ao Māori. It seems crazy. Engineering skills, finance skills, it doesn't matter.

The full Podcast is available at https://theplatform.kiwi/podcasts/episode/sean-plunket-speaks-with-former-new-zealand-broadcaster-peter-williams