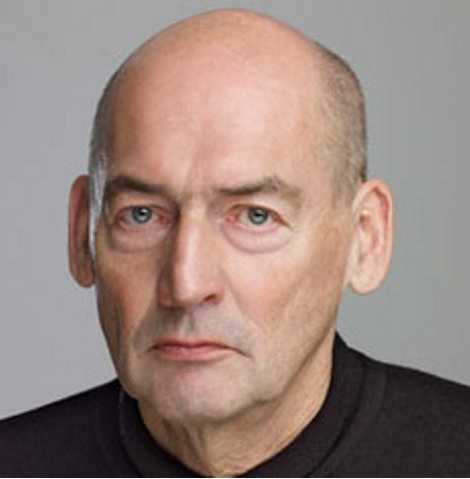 Professor in Practice of Architecture and Urban Design at the Graduate School of Design at Harvard University. Rem Koolhaas studied at the Architectural Association School of Architecture in London and at Cornell University. He has been described as one of the greatest thinkers in contemporary urban planning. He has curated several exhibitions beginning with the 1991 Architecture Venice Biennale which was directed by Paolo Portoghesi in Strada Novissima at the Corderie.

He is the founding partner of Office for Metropolitan Architecture (OMA) which he originally established in London in 1975 together with architects Elia Zenghelis, Zoe Zenghelis and his wife, Madelon Vriesendorp and they were later joined by one of his students, Zaha Hadid.

OMA subsequently relocated to Rotterdam in 1978 and its independent and research oriented think-tank counterpart AMO is also based in Rotterdam.

In 2000, Rem Koolhaas was awarded the Pritzker Architecture Prize Laureate.

In 2008,Time Magazine included him in their top 100 of the world's most influential people.

Amongst other works, he penned the book "Delerious New York: A Retrospective Manifesto for Manhattan"  in 1978 and he co-authored S,M,L,XL together with Bruce Mau

He has completed a number of projects in Europe which have attracted high praise, including but not limited to a significant residence in Bordeaux, France. The Educatorium which is a multi-function building for Utrecht University in the Netherlands. The master plan and Grand Palais for Lille in France which is his largest realised urban planning project and the Kunsthal which provides exhibition space, a restaurant and auditoriums in Rotterdam.

A development in Fukuoka, Japan, the Nexus Housing project consists of 24 individual houses, each three stories high. He also has projects in Portugal, Korea and Germany, the latter being a new embassy for the Netherlands in Berlin. 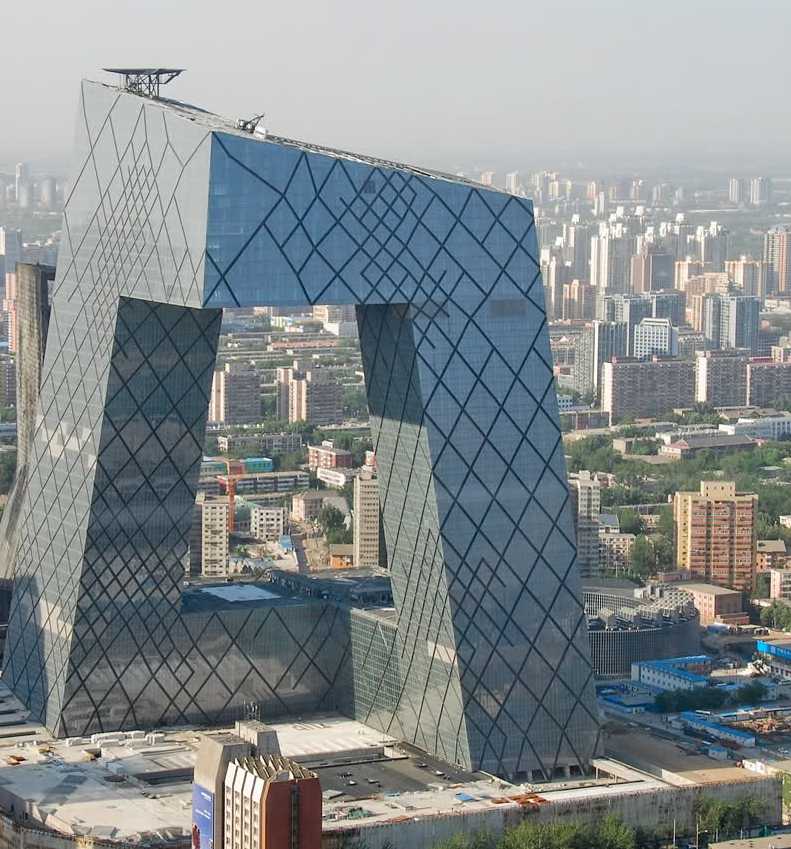 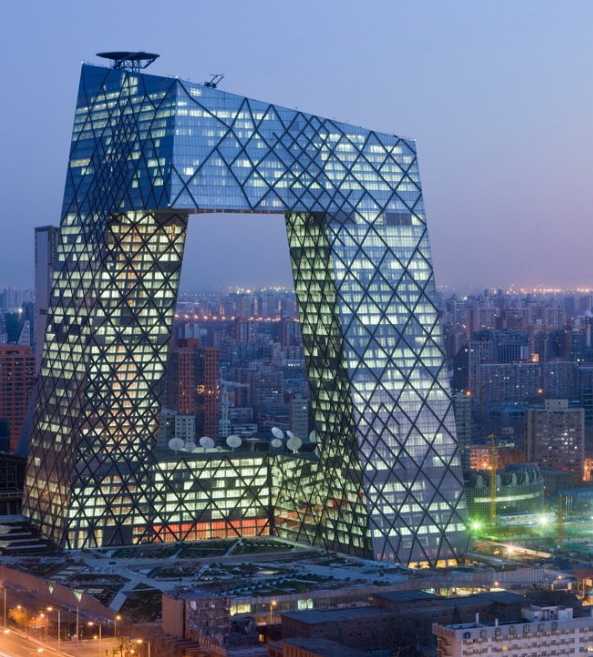 Night and day views of the CCTV Headquarters in Beijing. 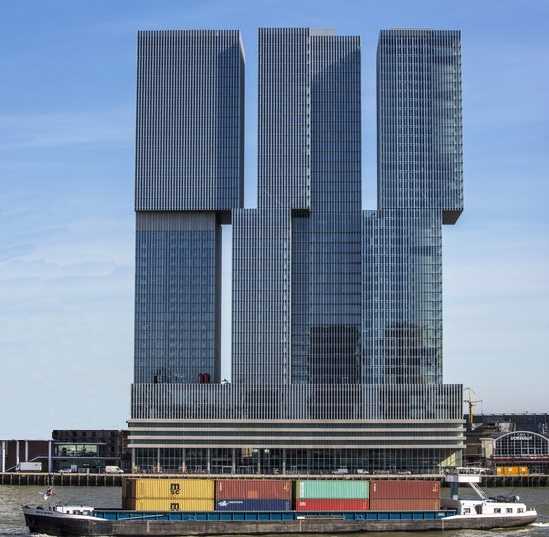 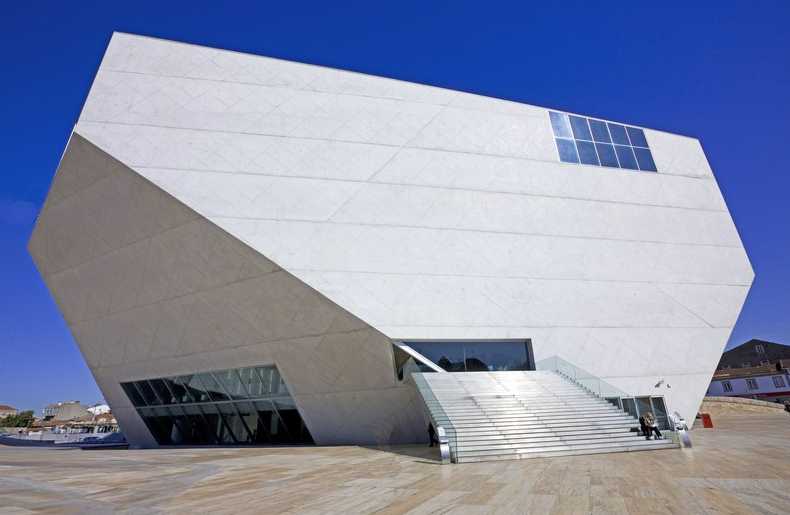 Casa de Musica. Home of the National Orchestra of Porto. A white concrete structure in a public square featuring corrugated glass facades which opens the theatre to the city. The building includes a 1300 seat auditorium together with a smaller performance space, rehearsal rooms, bars and a restaurant.

Professor Koolhaas has a number of major commissions in the United States which will come to fruition within the next few years; a student centre for the Mies van der Rohe campus of the Illinois Institute of Technology in Chicago and a new central public library for Seattle as well as significant buildings in San Francisco and Los Angeles. He has also been working for Universal Studios, owned by the Seagram Company focusing on a master plan for a headquarters building. 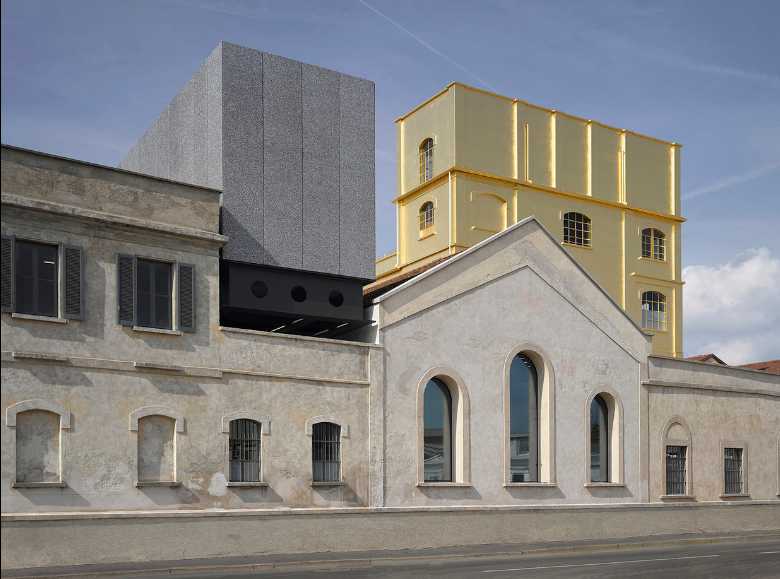 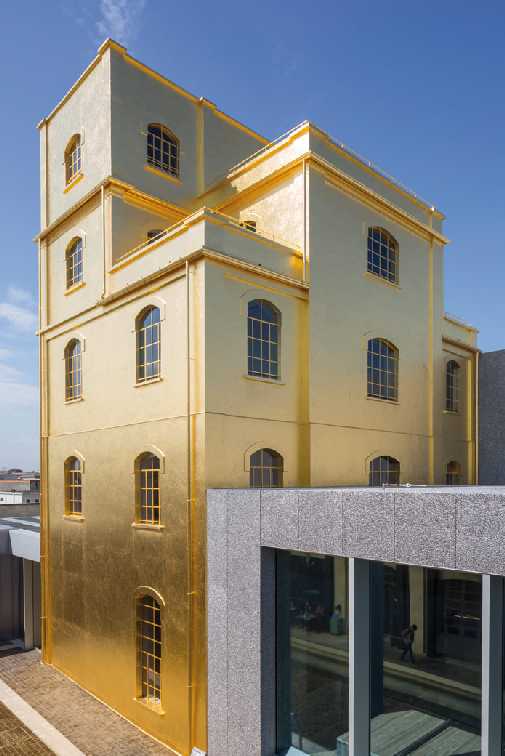 An striking example of Rem Koolhaas’s work is the Fonazione Prada in Southern Milan which is dedicated to contemporary culture and which opened in May 2015. The project was undertaken for the Prada Fashion House which was established by Miuccia Prada and Patrizio Bertelli some twenty years ago. The site, originally a 1910 distillery in a distinctly tough part of town, comprised seven spaces including warehouses and three enormous brewing cisterns with an industrial quality which was retained while adding three new buildings constructed of glass, white concrete, and aluminium foam. One, a centrally located podium, is intended for temporary shows and another is a nine-story tower to house the foundation’s archives, art installations, and a restaurant. The third, a theatre with a mirrored facade, features folding walls which allows for the building to open onto a courtyard. One of the original buildings has been resurfaced in a gold coating and provides a visible focal point from anywhere within the complex. The overall design concept included the avoidance of clear separation between new and old areas.  In total, the collection of buildings provides approximately 120,000 square feet of exhibition space and includes an extraordinary collection of original Roman copies of Roman bronzes many of which many have long been lost. 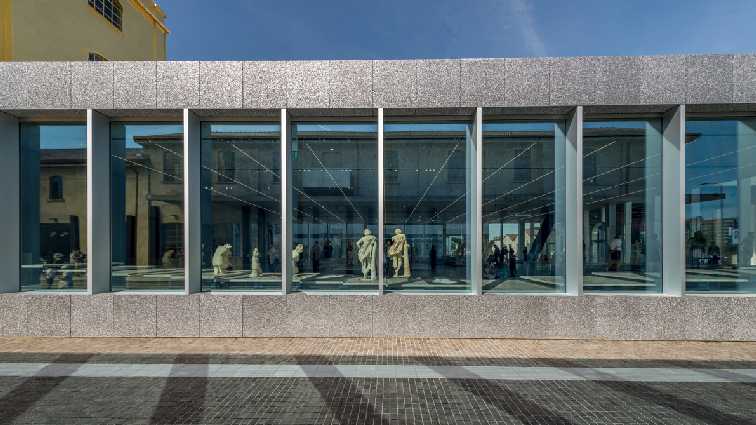 Rem was quoted as saying building regulations in Italy can be problematic in as much as they can be subject to change with little or no notice. By way of example, during construction of Fonazione Prada more demanding earthquake strengthening regulations were introduced which required additional steel reinforcing beams to be added to exterior walls. In a masterful design stroke, the requisite beams were added overtly to the exterior of the building in a manner which added to a sense of architectural rhythm.