The new age of tech 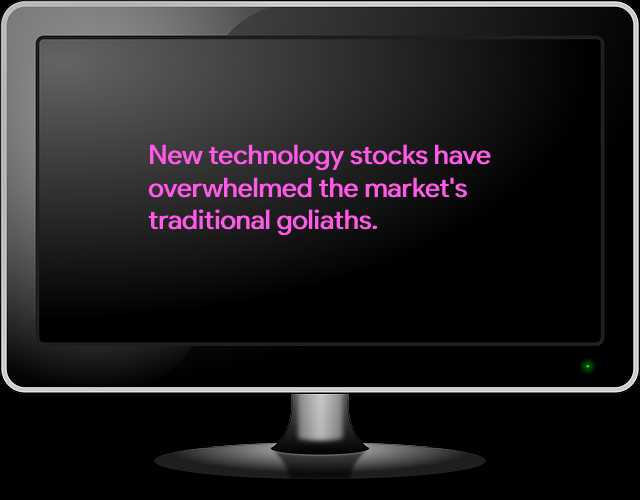 In 2006, oil giant Exxon Mobil headed the schedule of the world’s most valuable companies and Microsoft was the only tech company in the top bracket.

In August 2016, Apple, Google Alphabet, Amazon and Facebook dominate the list while Exxon Mobil is the only other company left in the top five.

In early August this year after Exxon Mobil posted weak second quarter earnings it briefly fell below Amazon and Facebook causing what is thought to be the first time ever the five most valuable companies in the world were tech firms. 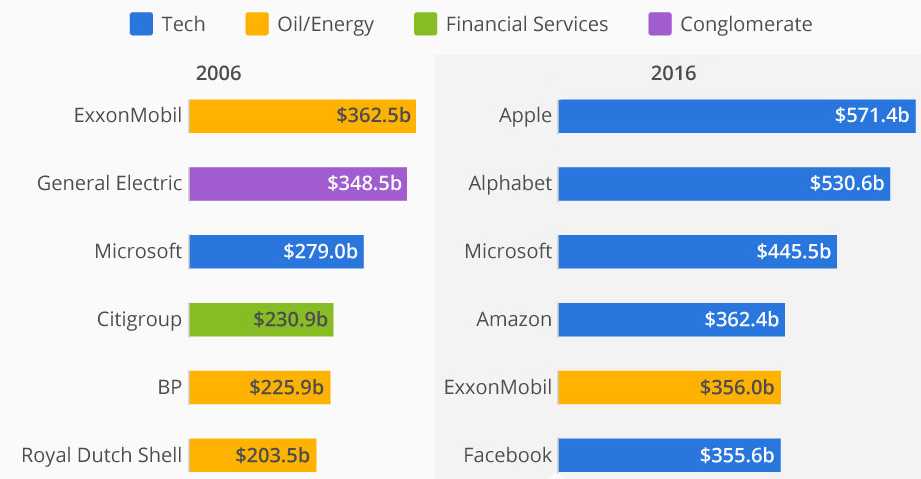 Market capitalisation of the world's most valuable public companies.