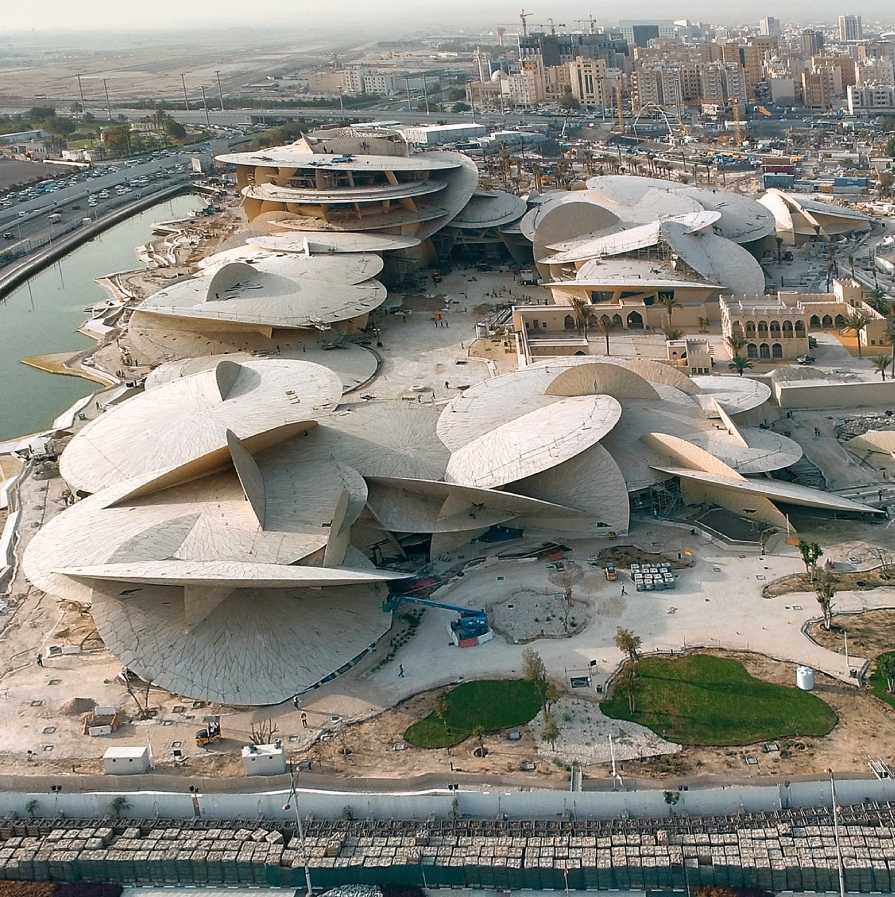 The National Museum of Qatar opened in Doha at the end of March this year after ten years in the making and at a reported cost of US$434 million. The very impressive architectural design is the work of eminent French architect, Jean Nouvel who founded the Paris based architectural practice Ateliers Jean Nouvel in 1994. His architectural honours and awards have included the Aga Khan Award for Architecture, the Wolf Prize in Arts in 2005 and the Pritzker Prize for Architecture in 2008. 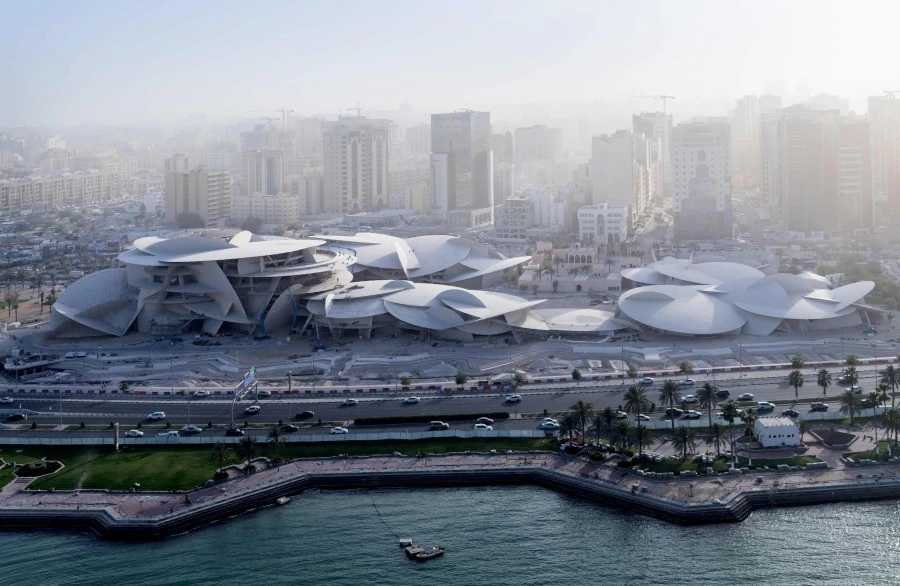 The use of sand coloured, glass fibre reinforced concrete for the exterior of this 52,000 sq.m. complex allows it to blend with the environment rather than imposing on it. The building measures 350 meters long and its sweeping constructional intersecting disks and cantilevered elements are intended to architecturally reflect a natural mineral structure known as desert rose.

The museum is located in a civic area together with numerous other cultural institutions such as the Museum of Islamic Art. The site also contains the recently restored historic Palace of Sheikh Abdullah bin Jassim Al Thani, a former Emir of Qatar and son of the founder of 20th century Qatar.

The museum takes visitors on a 1.5 kilometre long journey of discovery of Qatar’s past, present and evolving future through eleven galleries. The cost of an adult admission is the equivalent of NZ$20. 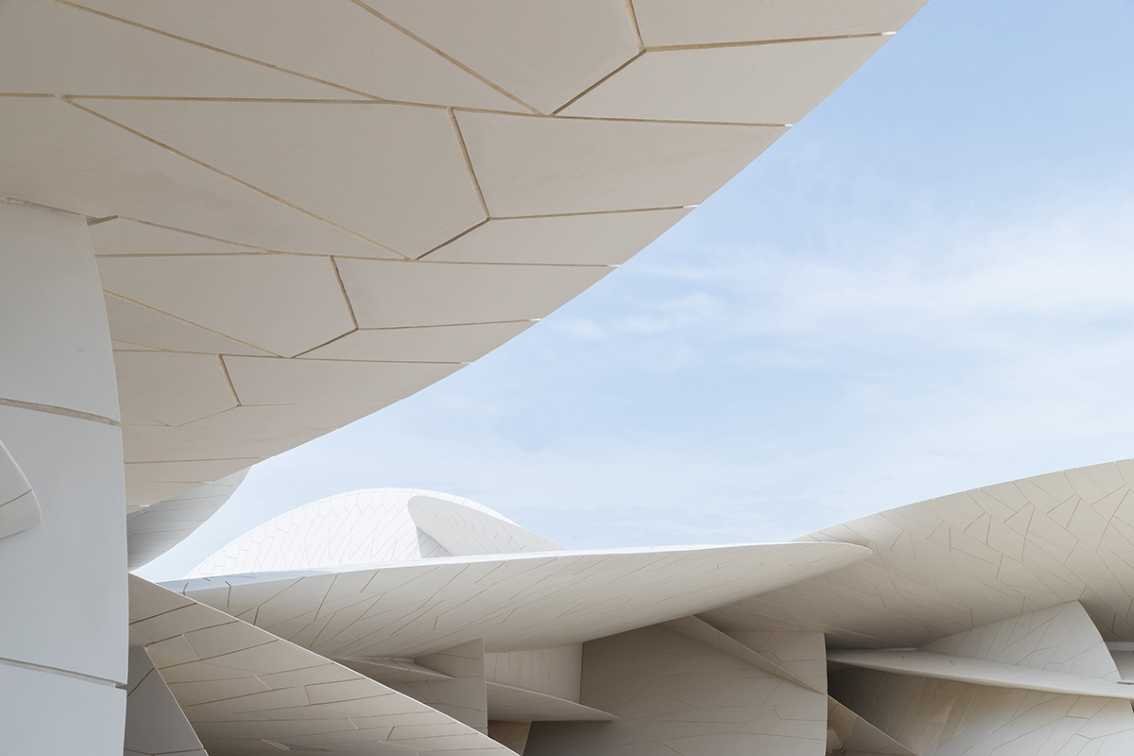 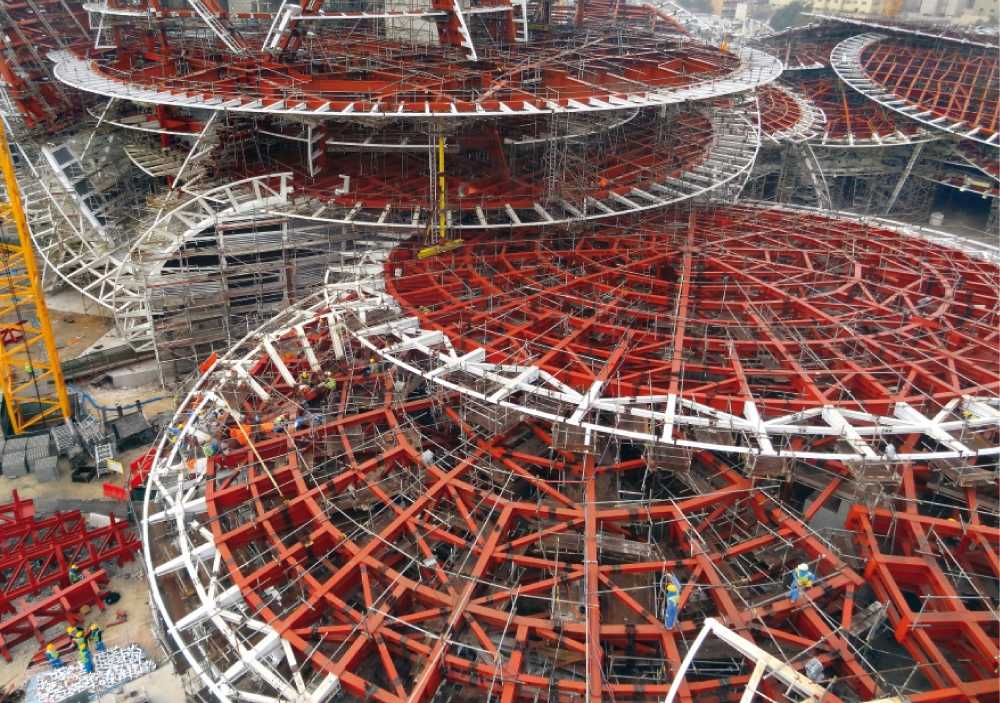 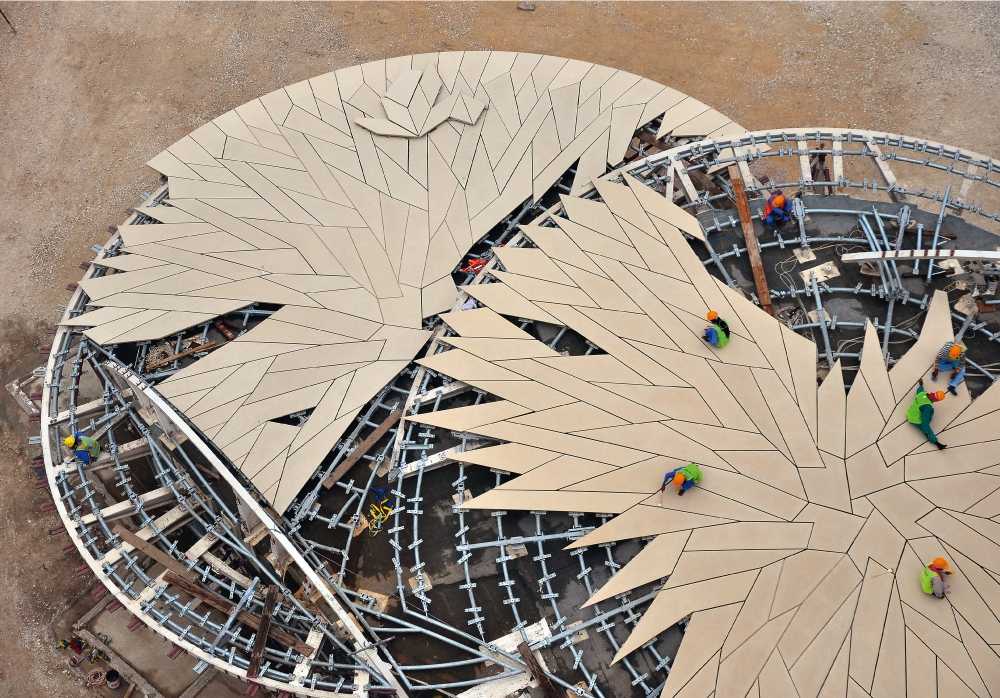 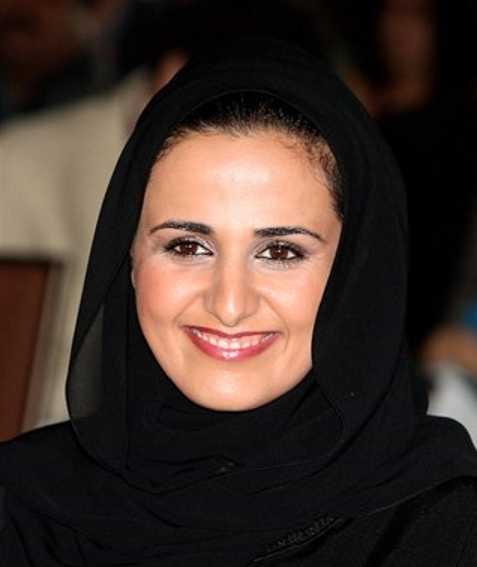 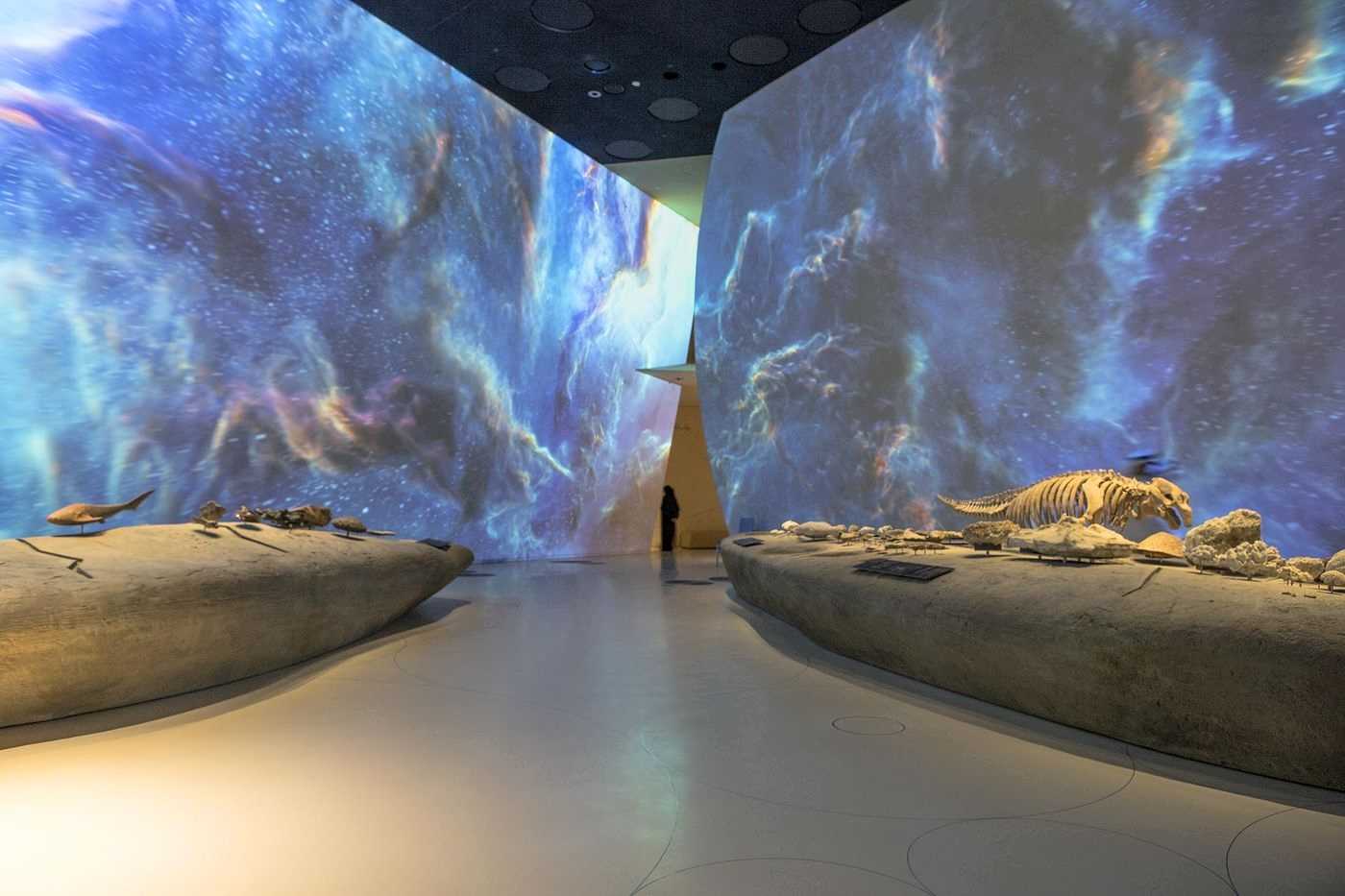