​It was thought to be one of the safest buildings in the world but it cracked. 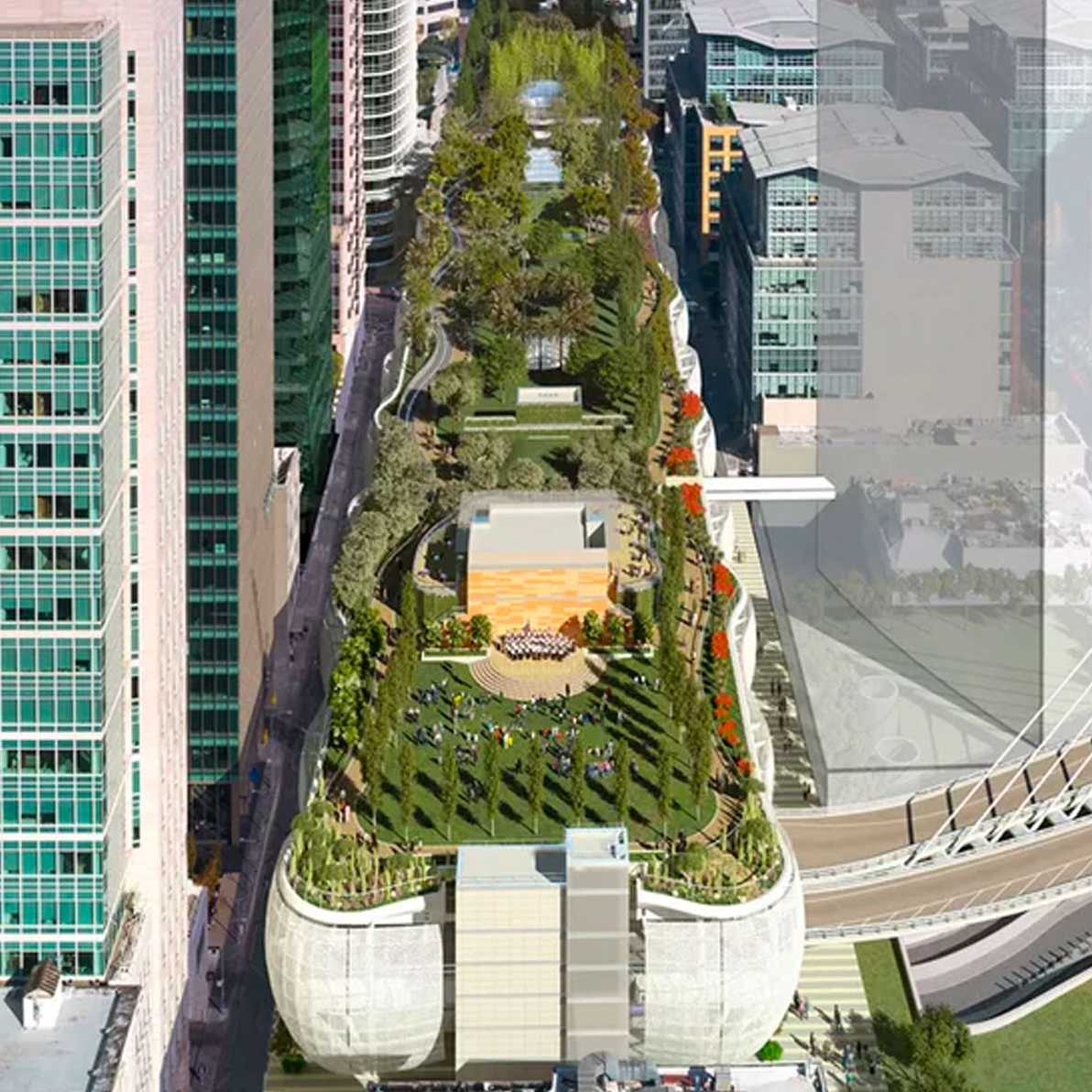 Built in Los Angeles at a cost of US$2.2 billion, the Salesforce Transit Center and Park comprises a four block long (440m x 50m wide), million plus square foot structure sheathed with a patterned white aluminium exoskeleton and an impressive park-like environment adorning the roof. 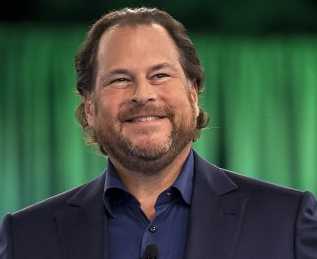 The vast complex was opened in July 2018 and structural cracks were discovered six weeks later when workers installing panels in the building’s ceiling beneath the rooftop park discovered a jagged and ominous looking crack in a steel beam supporting the park and a bus deck. 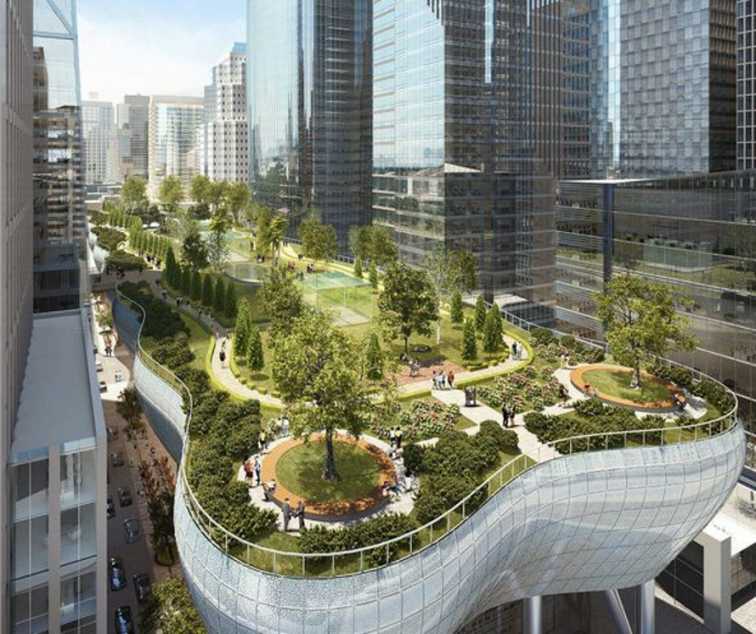 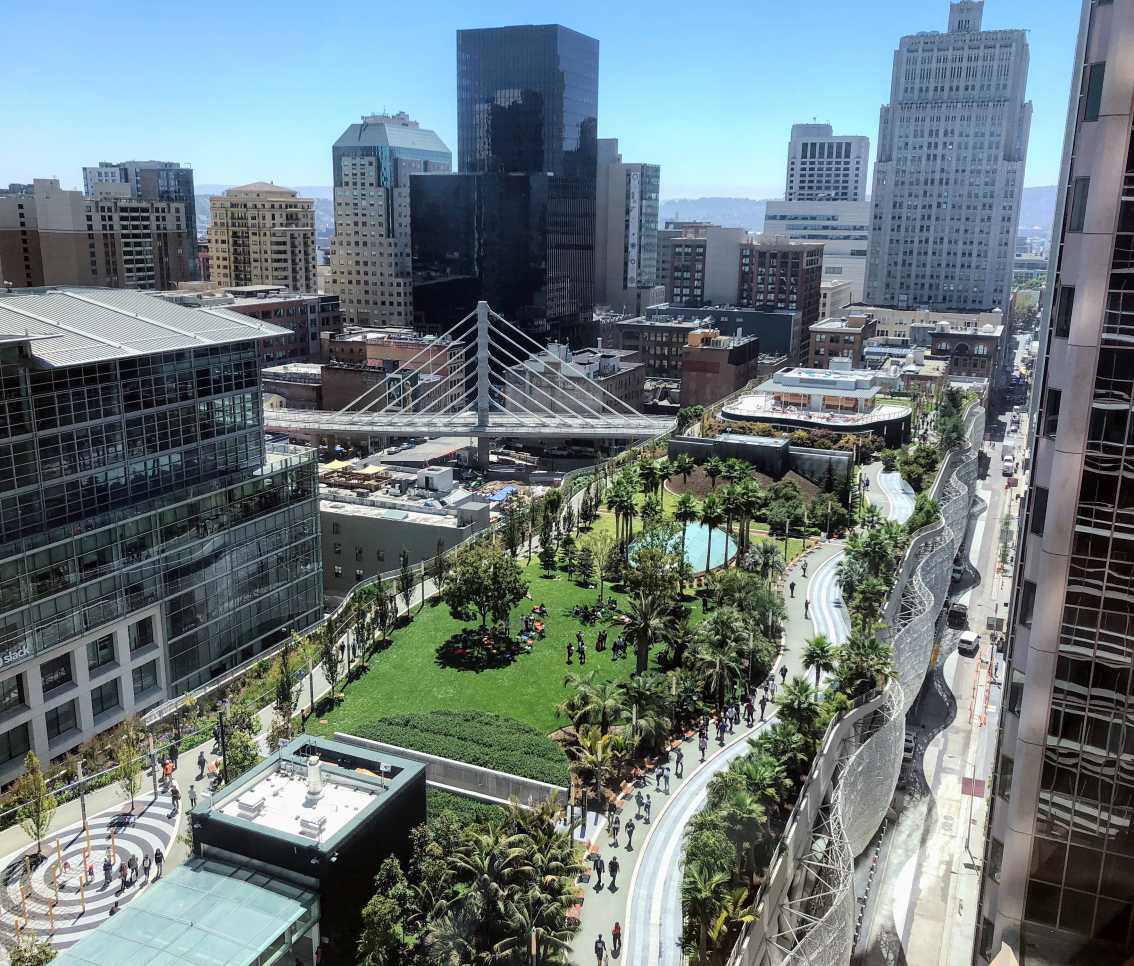 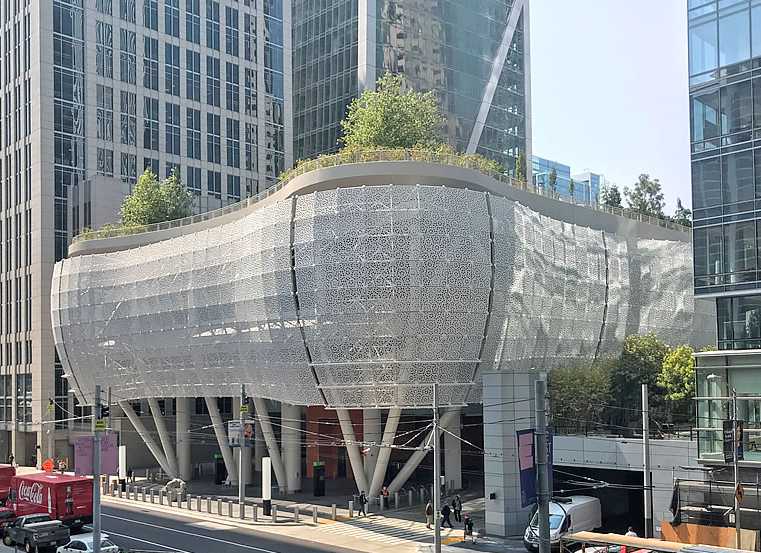 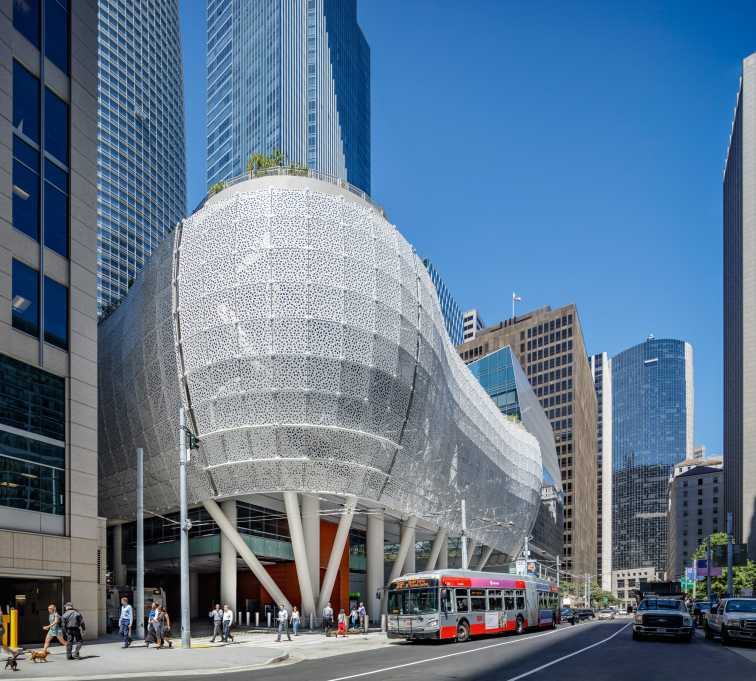 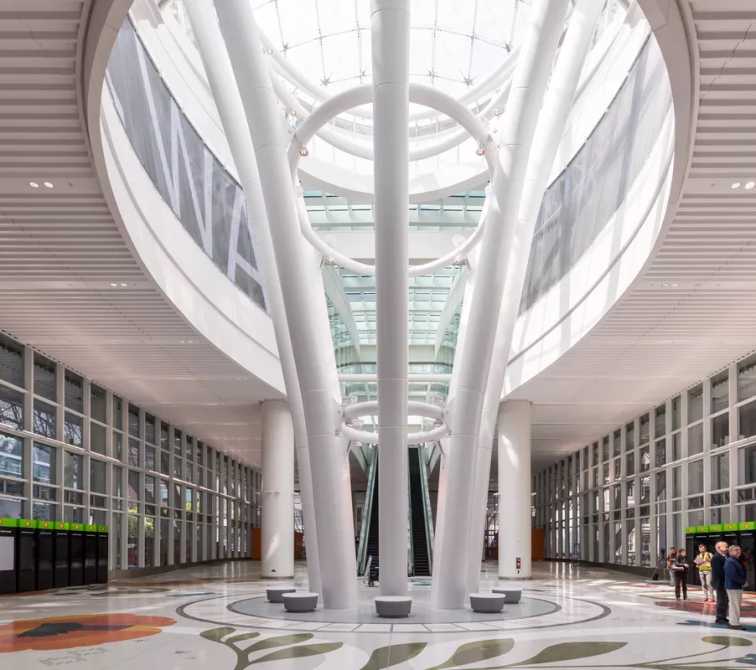 It goes without saying that structural steel is designed to be exceedingly strong however in some conditions it can be vulnerable to two types of cracking; ductile fracture, which can occur after the steel has yielded and deformed and brittle fracture, which can happen before steel eventually yields. In this case the discovered cracks were deemed to be brittle fractures. Tapered 102mm thick steel beams measuring 76.2cm wide and 18.3m long, with a horizontal flange on the bottom, support the 2.2ha park on the building’s fourth level and buttress the roof of the bus deck on the second level. The immediate concern was that there may be other fractures within the building’s 23,000 tons of structural steel.

Immediately after the cracks were discovered, a safety and stability plan was implemented. 20-foot-high hydraulic jacks were installed to shore up the Fremont Street overpass. Workmen stripped fireproofing from steel in order that engineers could carry out full inspections. 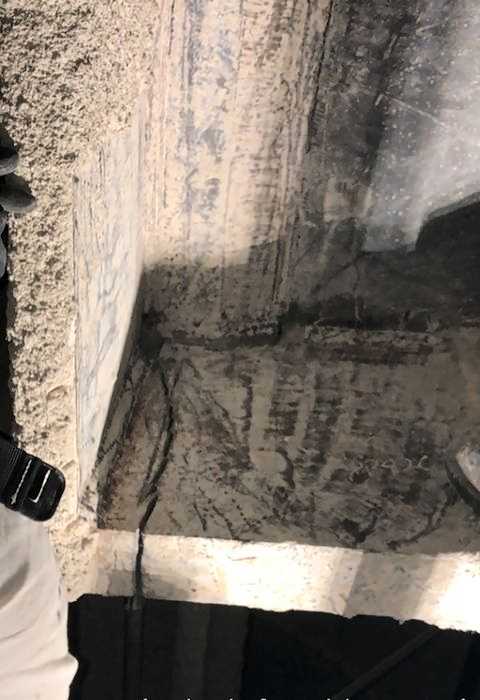 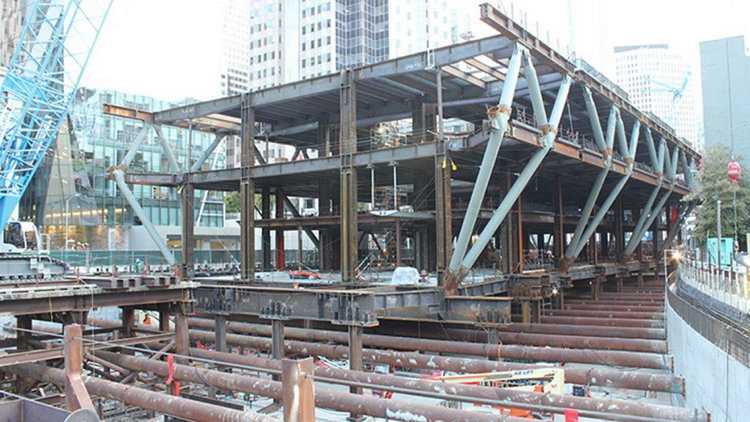 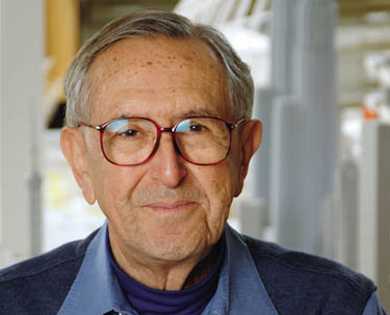 Salesforce was founded in 1999 by former Oracle executive Marc Benioff, Parker Harris, Dave Moellenhoff and Frank Dominguez as a cloud-based company marketing software as a service (SaaS) products and specialising in customer relationship management (CRM) software. The corporation is headquartered in San Francisco and generates current annual revenue of US$13.28 billion and has 35,000 employees globally.