​It is worth reflecting on the 1918 Spanish Flu pandemic. 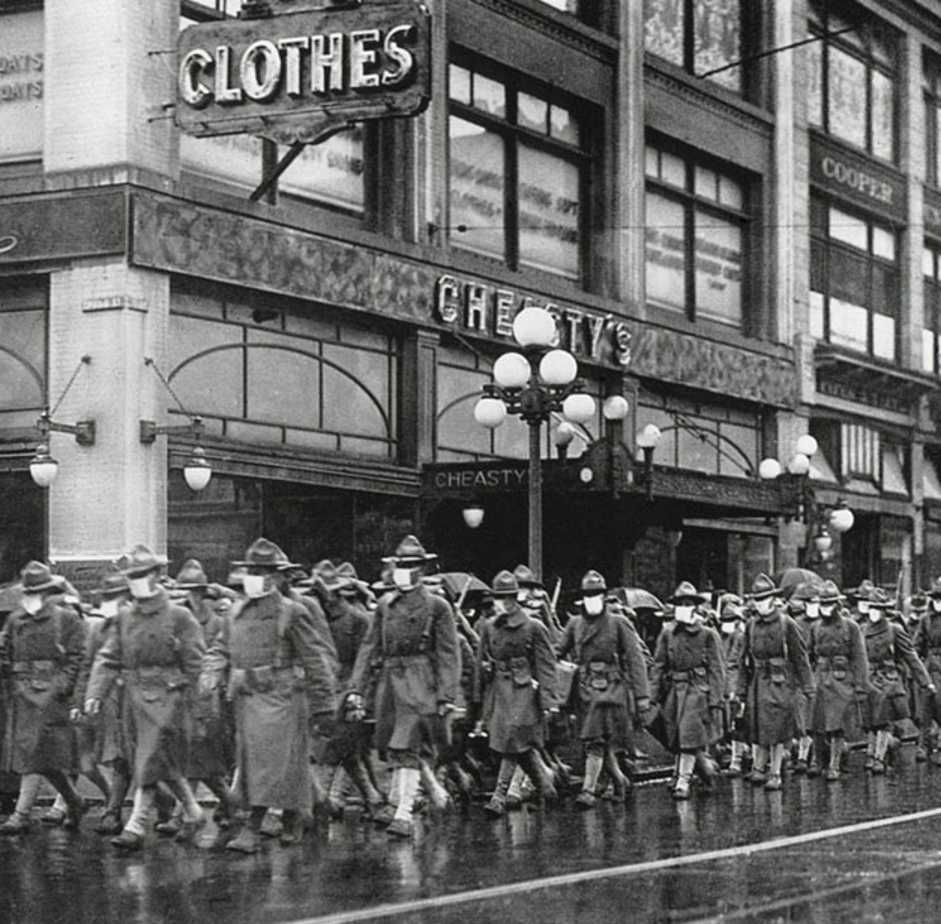 Dr. Hobday is an internationally recognised authority on health in the built environment.

Coronavirus and the Sun: A Lesson from the 1918 Influenza Pandemic

Fresh air, sunlight and improvised face masks seemed to work a century ago and they might help us now.

When new, virulent diseases emerge, such as SARS and Covid-19, the race begins to find new vaccines and treatments for those affected. As the current crisis unfolds, governments are enforcing quarantine and isolation, and public gatherings are being discouraged. Health officials took the same approach 100 years ago, when influenza was spreading around the world. The results were mixed. But records from the 1918 pandemic suggest one technique for dealing with influenza, little-known today, was effective. Some hard-won experience from the greatest pandemic in recorded history could help us in the weeks and months ahead.

Influenza patients getting sunlight at the Camp Brooks emergency open-air hospital in Boston. Medical staff were not supposed to remove their masks.

Put simply, medics found that severely ill flu patients nursed outdoors recovered better than those treated indoors. A combination of fresh air and sunlight seems to have prevented deaths among patients and infections among medical staff. There is scientific support for this. Research shows that outdoor air is a natural disinfectant. Fresh air can kill the flu virus and other harmful germs. Equally, sunlight is germicidal and there is now evidence it can kill the flu virus.

During the great pandemic, two of the worst places to be were military barracks and troop-ships. Overcrowding and bad ventilation put soldiers and sailors at high risk of catching influenza and the other infections that often followed it. As with the current Covid-19 outbreak, most of the victims of so-called `Spanish flu’ did not die from influenza: they died of pneumonia and other complications.

When the influenza pandemic reached the East coast of the United States in 1918, the city of Boston was particularly badly hit. So the State Guard set up an emergency hospital. They took in the worst cases among sailors on ships in Boston harbour. The hospital’s medical officer had noticed the most seriously ill sailors had been in badly-ventilated spaces. So he gave them as much fresh air as possible by putting them in tents. And in good weather they were taken out of their tents and put in the sun. At this time, it was common practice to put sick soldiers outdoors. Open-air therapy, as it was known, was widely used on casualties from the Western Front. And it became the treatment of choice for another common and often deadly respiratory infection of the time; tuberculosis. Patients were put outside in their beds to breathe fresh outdoor air. Or they were nursed in cross-ventilated wards with the windows open day and night. The open-air regimen remained popular until antibiotics replaced it in the 1950s.

Doctors who had first-hand experience of open-air therapy at the hospital in Boston were convinced the regimen was effective. It was adopted elsewhere. If one report is correct, it reduced deaths among hospital patients from 40 per cent to about 13 per cent. According to the Surgeon General of the Massachusetts State Guard: `The efficacy of open air treatment has been absolutely proven, and one has only to try it to discover its value.’

Fresh Air is a Disinfectant

Patients treated outdoors were less likely to be exposed to the infectious germs that are often present in conventional hospital wards. They were breathing clean air in what must have been a largely sterile environment. We know this because, in the 1960s, Ministry of Defence scientists proved that fresh air is a natural disinfectant. Something in it, which they called the Open Air Factor, is far more harmful to airborne bacteria and the influenza virus than indoor air. They couldn’t identify exactly what the Open Air Factor is. But they found it was effective both at night and during the daytime.

Their research also revealed that the Open Air Factor’s disinfecting powers can be preserved in enclosures if ventilation rates are kept high enough. Significantly, the rates they identified are the same ones that cross-ventilated hospital wards with high ceilings and big windows, were designed for. But by the time the scientists made their discoveries, antibiotic therapy had replaced open-air treatment. Since then the germicidal effects of fresh air have not featured in infection control, or hospital design. Yet harmful bacteria have become increasingly resistant to antibiotics.

Putting infected patients out in the sun may have helped because it inactivates the influenza virus. It also kills bacteria that cause lung and other infections in hospitals. During the First World War, military surgeons routinely used sunlight to heal infected wounds. They knew it was a disinfectant. What they didn’t know is that one advantage of placing patients outside in the sun is they can synthesise vitamin D in their skin if sunlight is strong enough. This was not discovered until the 1920s. Low vitamin D levels are now linked to respiratory infections and may increase susceptibility to influenza. Also, our body’s biological rhythms appear to influence how we resist infections. New research suggests they can alter our inflammatory response to the flu virus. As with vitamin D, at the time of the 1918 pandemic, the important part played by sunlight in synchronising these rhythms was not known.

Coronavirus (Covid-19) should be a worry for the entire planet. Whereas during the period of the 1918 Spanish Flu pandemic, relatively few people travelled by air, that is not the case now and ease of travel may prove to be a frightening aspect of the current spread of Coronavirus. It may be of some comfort that in the modern world we have access to more effective antibiotics (pneumonia was what ultimately killed most during the Spanish Flu epidemic) together with advanced antiviral treatments.

Pandemic day zero 04 March 1918. A farm worker in Kansas, U.S.A. one Albert Gitchell is thought to have contracted the virus via water fowl or poultry or pigs. After he became infected but before it became apparent, he had enlisted to serve in the U.S. army and its World War I (28 July 2014 – 11 November 1918) campaign. Unfortunately his position as a camp cook allowed for the virus within him to readily spread and mutate and within three weeks 1100 soldiers became seriously ill and 38 died.

World War I required significant numbers of soldiers to be transported to various parts of the world. Some soldiers unknowingly and some knowingly were already infected with the flu virus and troop ships were super breeding and spreading environments for the virus. As a consequence, flu broke out big time in the trenches in France and the virus began its global spread.

As at mid April 1918 (pandemic day zero plus fourty days), twenty million people were estimated to have been infected and an estimated twenty thousand had died.

As at June 1918 (pandemic day zero plus one hundred days), one hundred and thirty million people in the U.S.A. and Western Europe had been infected and two hundred thousand had died.

The allied governments considered that news about the flu pandemic would have a negative impact on the war effort and they did not allow the press to make mention of it. 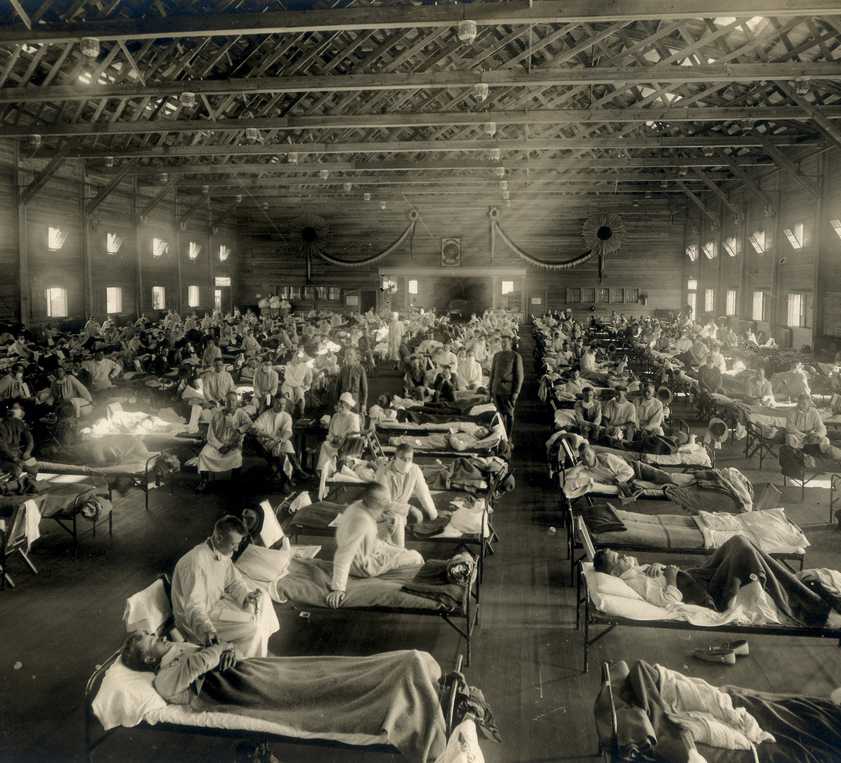 The virus inevitably worked its way to Spain where one of its early victims was King Alphonso XIII. Because Spain remained neutral throughout WWI and freedom of the press prevailed, there was widespread public discussion and the pandemic became inappropriately known as the Spanish Flu.

As at October 1918 (pandemic day zero plus 210 days), fourteen million people had died.

As at November 1918 (pandemic day zero plus 240 days), an estimated five hundred million people had been infected and more than sixty million people had died on all continents. To add to the woes of the global population at that time, groups gathering to celebrate the end of the war provided even more ideal conditions for the spreading of the virus.

On December 31 2019, Chinese officials advised the World Health Organisation of numerous cases of pneumonia in Wuhan City. The outbreak has subsequently become known as Coronavirus and currently an estimated thirty one thousand people have been infected and more than six hundred and thirty people have died. 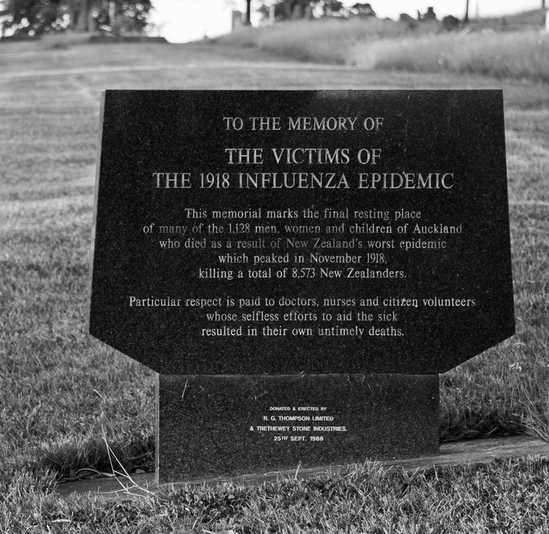