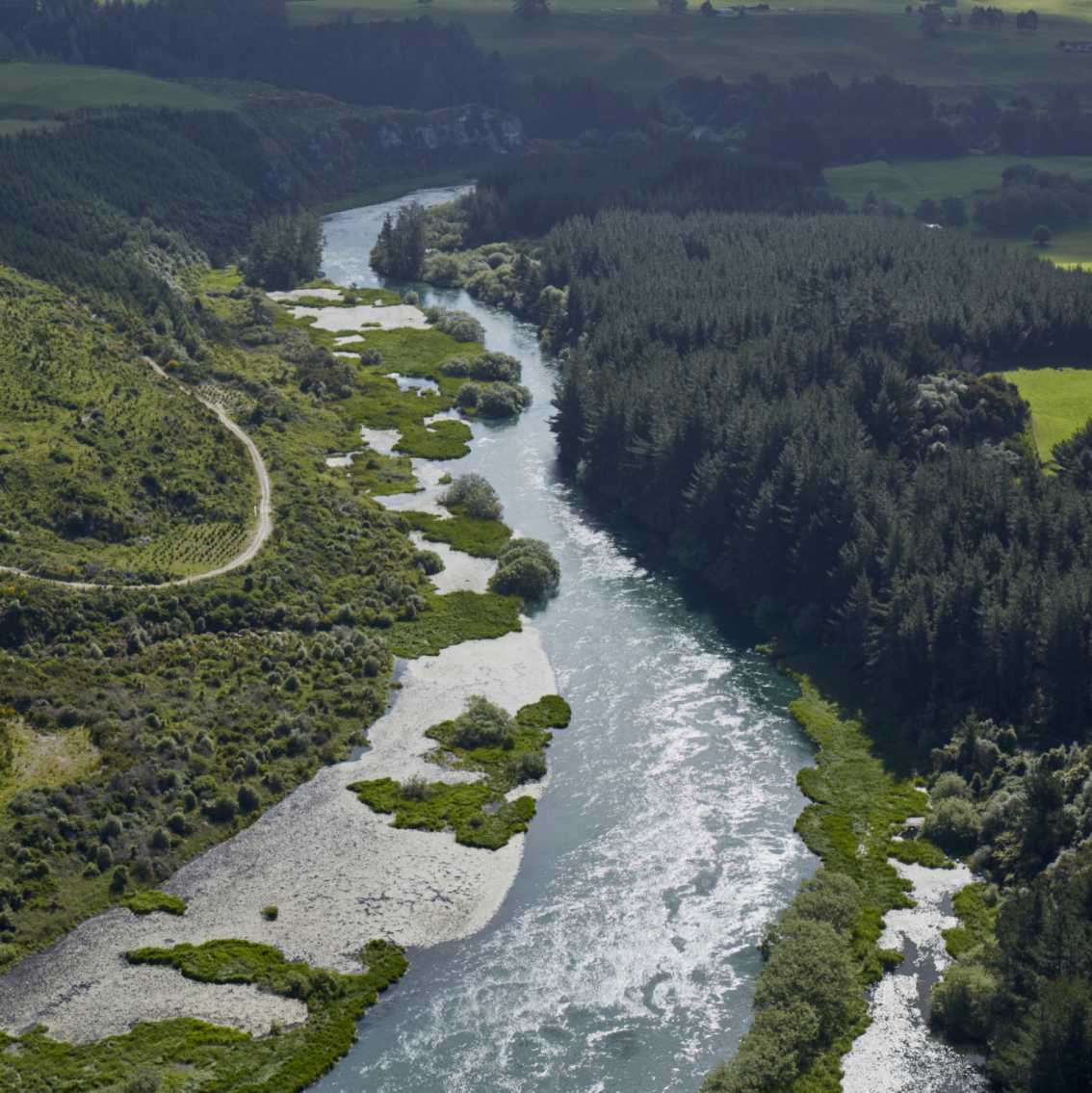 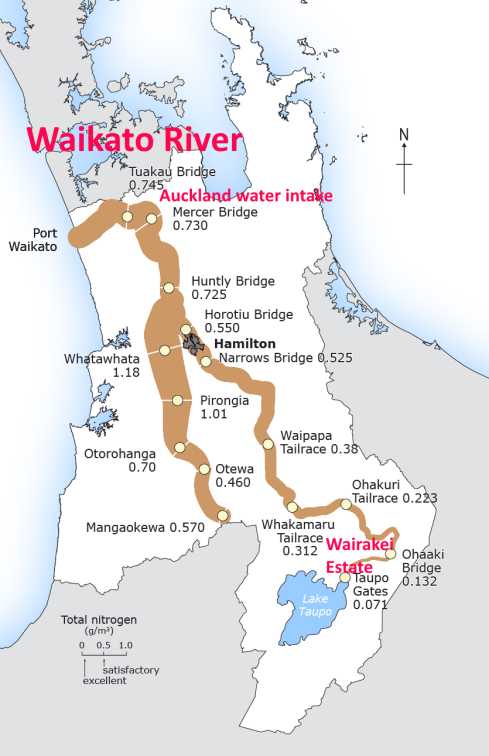 The Waikato River is the longest river in New Zealand at 425km. It rises in the eastern slopes of Mount Ruapehu, flows via Lake Taupo and empties into the Tasman Sea at Port Waikato.

Wairakei Pastoral Ltd is the tenth largest private land owner in New Zealand and their Wairakei Estate is one of the largest pastoral farming operations in the Southern Hemisphere. The operation was established in 2004 and is situated within the central volcanic plateau of New Zealand’s North Island between the settlement of Reporoa and Taupō township. It is located within the Ngāti Tahu – Ngāti Whaoa rohe and Wairakei Estate encompasses in excess of 25,000ha of land including 150km of rivers and streams and 28km of Waikato River frontage. 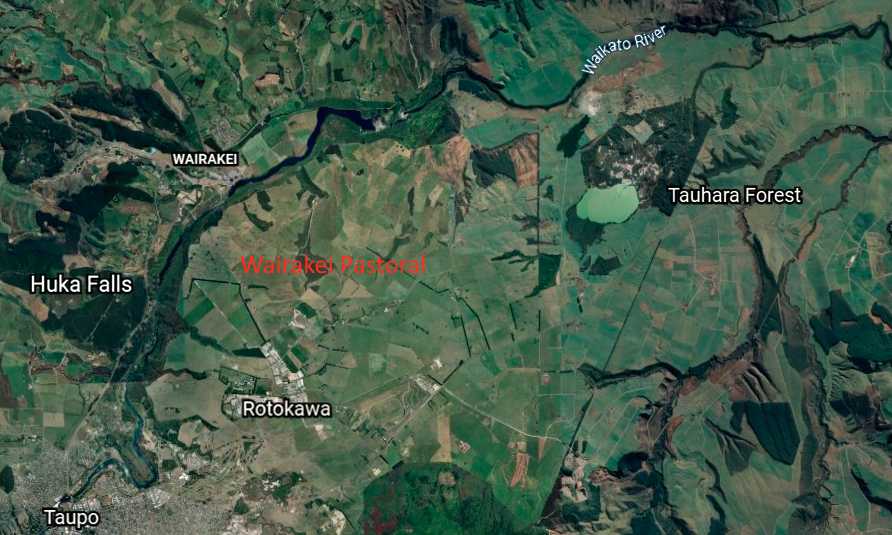 Approximately half of the property is leased to Pamu Farms of New Zealand (a New Zealand State Owned Enterprise formerly known as Landcorp).

Pamu leases about 12,500ha of former forestry land within the Wairakei Estate on which it operates a complex of industrial scale farms supporting 20,500 dairy cows, sheep and beef and a sheep milking operation.

Wairakei Pastoral Ltd has previously made application to the Environment Court to amend the designation of up to 1300 hectares of their property holding from cropping and forestry to dairying. In its 400 page application, the company saw fit to argue that any adverse effects "will be less than minor" and that it can be considered on a non-notified basis and that there are no affected persons that are required to give their written approval. The Waikato Regional Council rejected the applicant’s argument and required the consent application to be publicly notified.

Wairakei Pastoral Ltd’s Resource Consent to take water from the Waikato catchment was drafted in a manner which allowed it to have a user group whereby different individual users are able to avail themselves of Wairakei Pastoral’s consented water. This legal manoeuvring has for example, allowed Happy Valley Nutrician Ltd who operate a $300m dairy factory at Ōtorohanga to piggy-back on Wairakei Pastoral’s water consent. 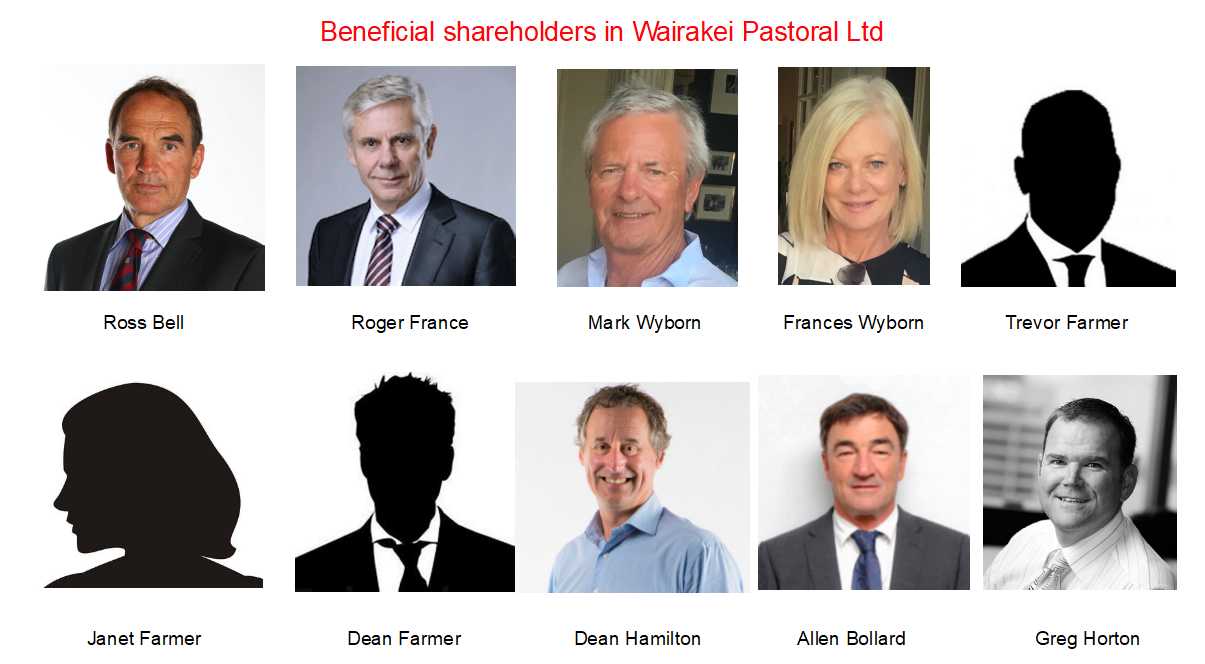 Auckland’s water treatment plant is situated at Tuakau and their Waikato River intake is nearby.

Auckland is effectively in the position of having to compete with dairy farming operations etc in order to secure resource consents for access to Waikato river water.

For anyone who is not aware of the potentially serious implications of drinking water polluted by nitrates, the following is a link to a Newshub article dated 21 February 2021 entitled “Study finds one in six Kiwis exposed to high levels of nitrates in tap water, links to bowel cancer”.

There is serious concern about the effects of increasing nitrate levels in fresh water systems. One of the potential dangers includes Blue Baby syndrome, also known as infant methemoglobinemia and causes a baby's skin to turn a blue colour. The condition occurs due to a decreased amount of haemoglobin in a baby's blood supply which is poorly oxygenated and which stems from nitrate poisoning. One of the frightening aspects of nitrate pollution of ground water and fresh water systems in New Zealand is that nitrogen leechate resulting from intensive topdressing can take up to a decade to end up in fresh water systems and rivers etc.  A relevant article from The Standard blog site:

..More on the sorry plight of NZ's Lakes, Rivers and Streams.

..Fences do NOT keep leachates out of N.Z.'s waterways.

..Christchurch drinking water is going down the gurgler in every respect!

..NZ wilderness legacy is being squandered!

..A move to improve the health of New Zealand waterways.