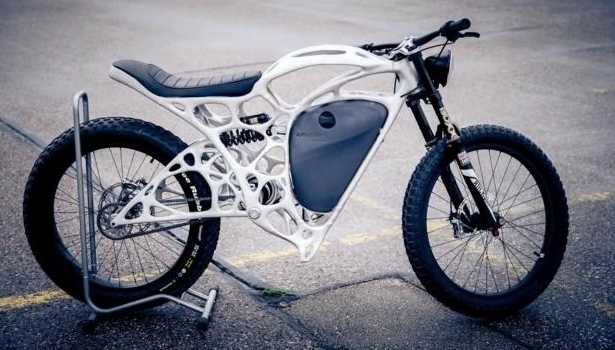 Airbus APWorks is a subsidiary of the French aerospace giant, Airbus and has produced a prototype 3D-printed ebike based on a motorcycle concept.

The prototype is called Light Rider and the design relies on a skeletal structural design. 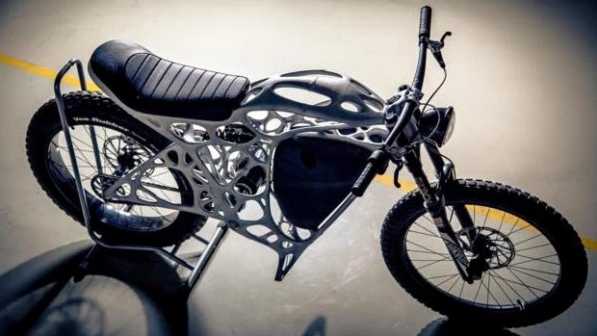 Although the Light Rider's bare metal frame weighs a mere 5.9kg, the bike is designed to support a rider as heavy as 100kg. 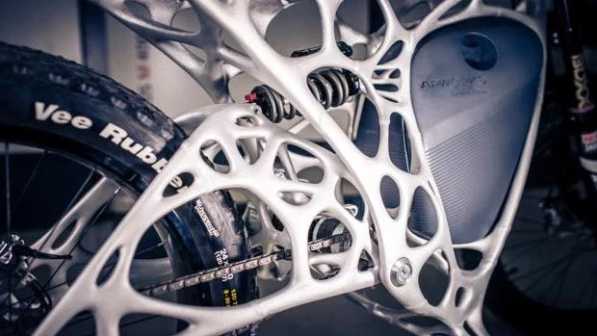 The 3D-printing process employed to produce the Light Rider's frame is revolutionary. The system uses a laser to melt powdered aluminium alloy into thousands of layers, each only 60 microns thick (about the width of a human hair). The alloy is of aircraft-grade and has been given the name Scalmalloy which is claimed to equal the strength of titanium. The fabrication process and the strength of the material allows morphogenetic software to specify finer and thinner structures than traditional tooling or moulding methods of manufacturing.

3D-printing the Light Rider's frame and swing-arm is carried out in fourteen separate sections, each currently requiring a week to print. 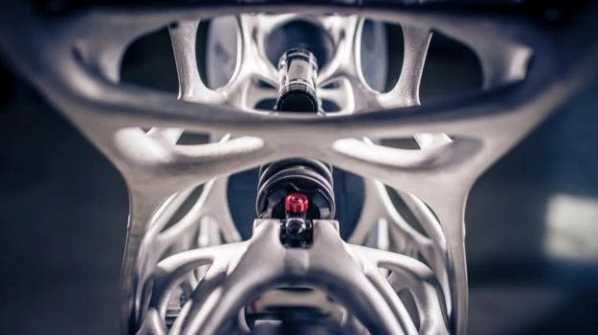 The electric motor produces 8 horsepower and 96 pound-feet of torque. With an exchangeable battery pack and off-the-shelf bike components, the Light Rider weighs an impressively light 35kg. APWorks indicates the bike will achieve zero to 45kph in 3 seconds, has a top speed of 80kph, and is good for 56km between charging. APWorks intends building an initial fifty of the Light Riders which are to be priced at around NZ$78,000 each 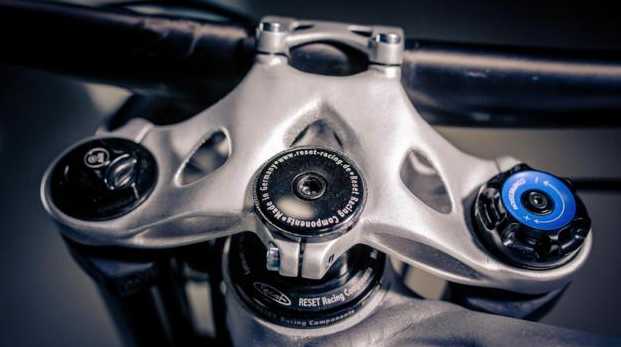