Disastrous flooding in Venice and the city's future is challenged. 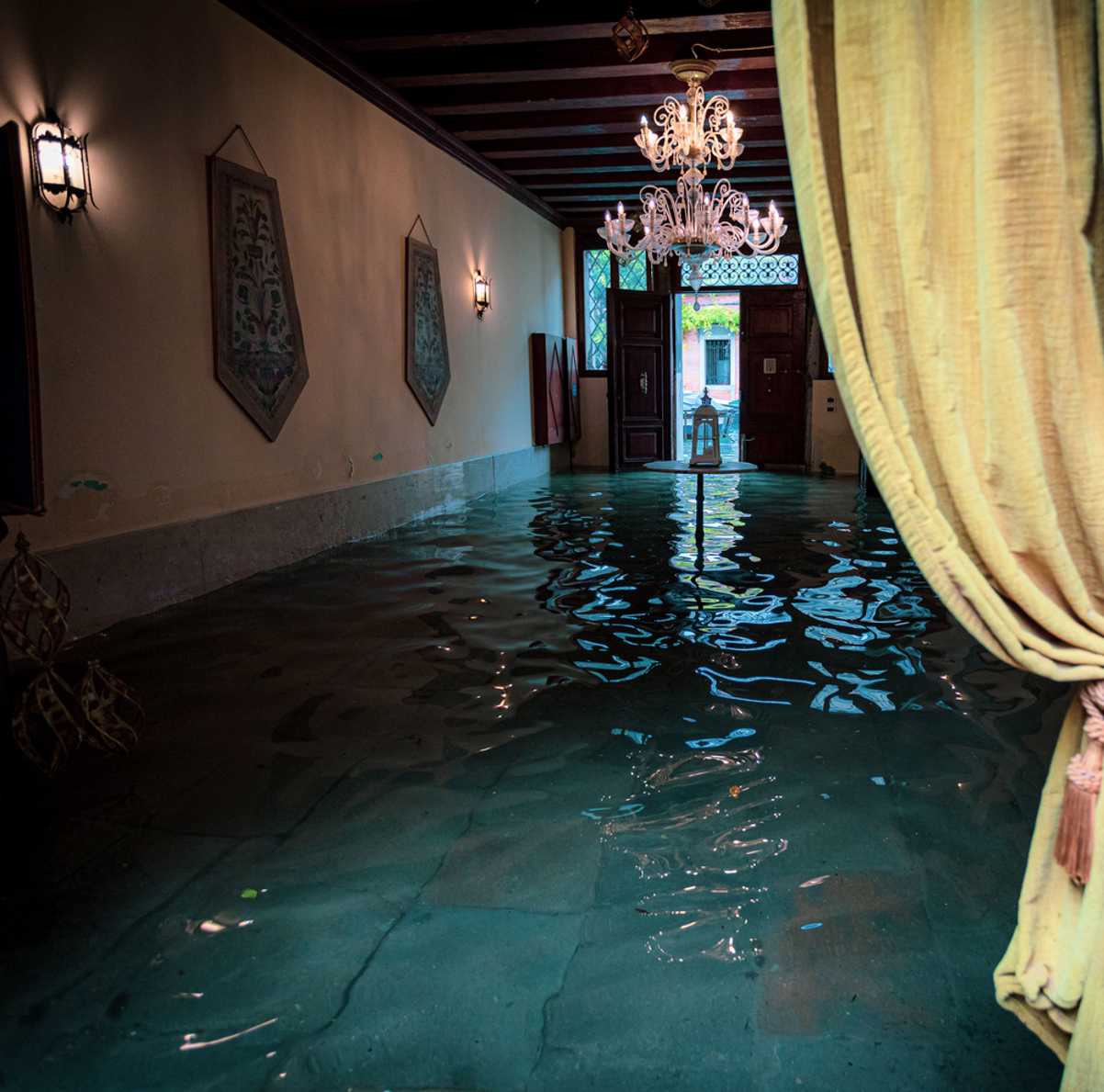 Natalia Elena Massi was born in Lucerne, Switzerland. She is a professional photographer and she is now based in Brescia, Northern Italy. Like the rest of the world, Natalia became aware of very serious flooding in Venice last November and she immediately travelled the ninety seven kilometres to the historic city to record photographic images of the catastrophic event. Her images graphically demonstrate Venice’s pain and distress. 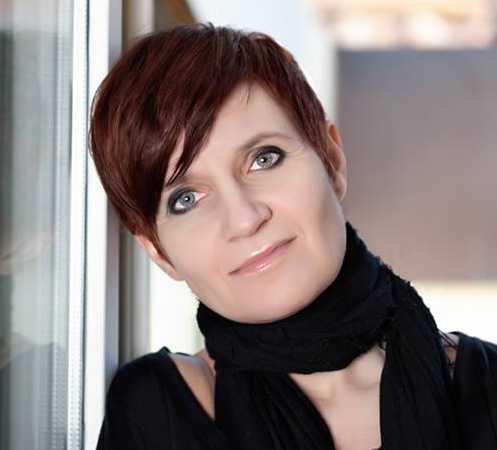 October to January is the typical high water season for Venice but on November 12th last year the city was inundated by the highest tides since 1966.

The mayor of Venice, Luigi Brugnaro, declared a state of emergency and proclaimed that the flood levels represented a wound that would leave indelible marks. “We ask the government to help us. This is the result of climate change.”

Venice is a Unesco world heritage site which sits on thousands of wooden piles driven into the mud. Rising sea levels and heavy cruise-ship traffic have steadily eaten away at the surrounding marshes and mudbanks, causing the city to continue to gradually sink.

Venice was built on a group of islands within a lagoon separated from the Adriatic Sea by a thin stretch of land through which three canals have be built to allow access for shipping.

As a consequence of last Novembers flooding, St Mark’s Square was submerged by more than one metre of water and the adjacent Basilica was flooded for only the sixth time in 1,200 years (but the fourth in the last two decades). More than 90% of Venice would be flooded in a two-metre high-tide and waters reached 1.87 metres on this occasion. 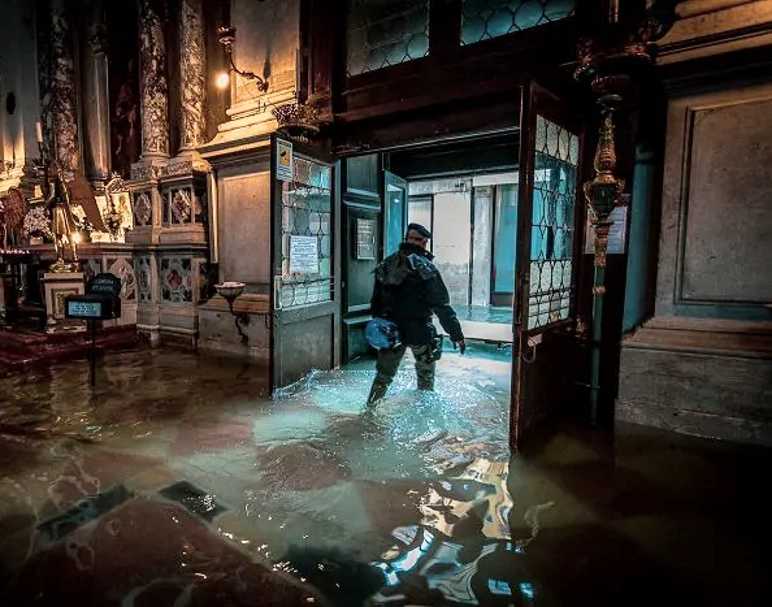 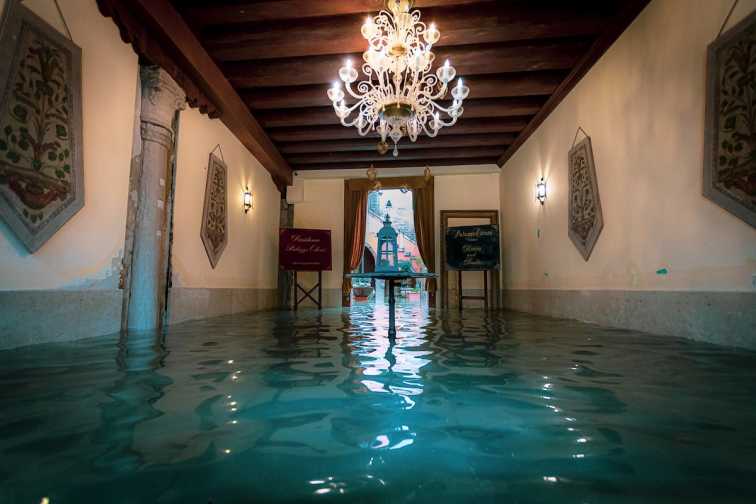 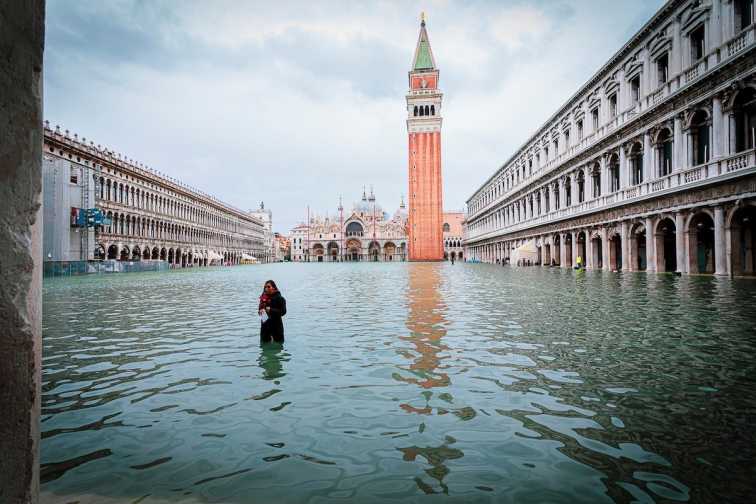 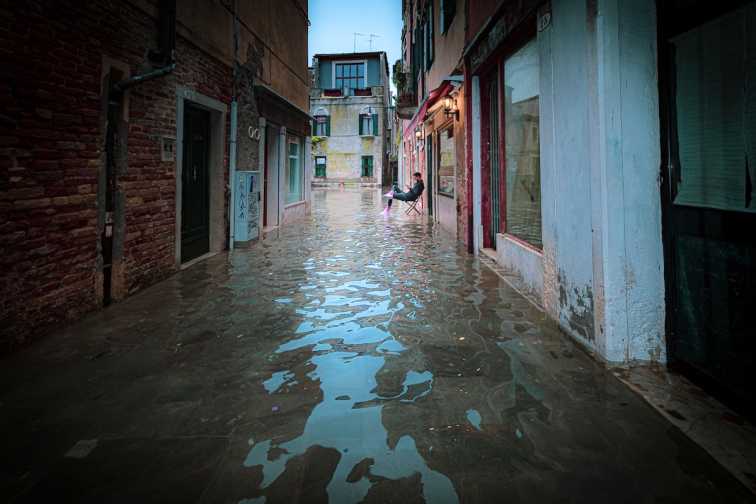 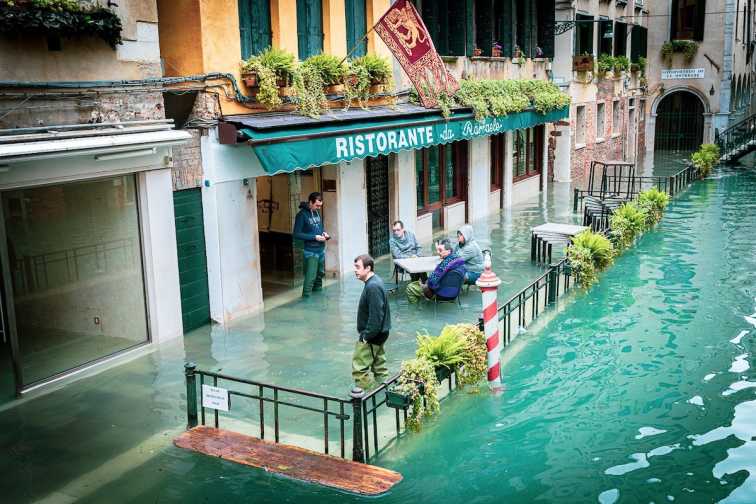 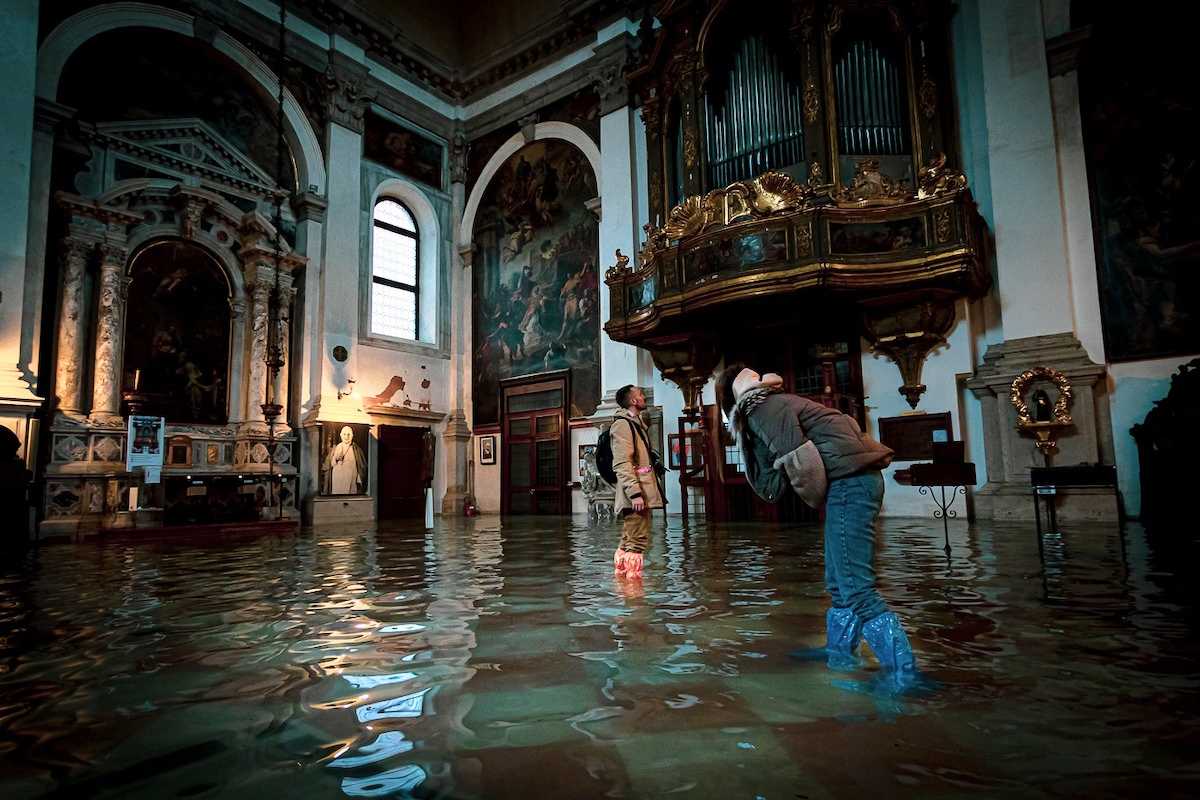 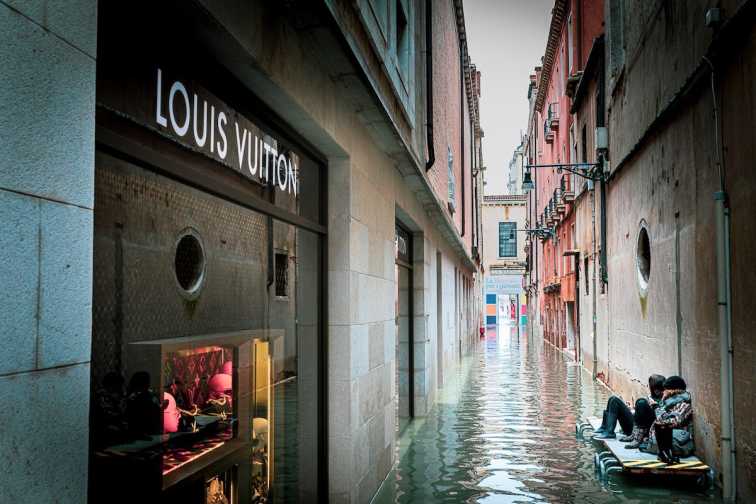 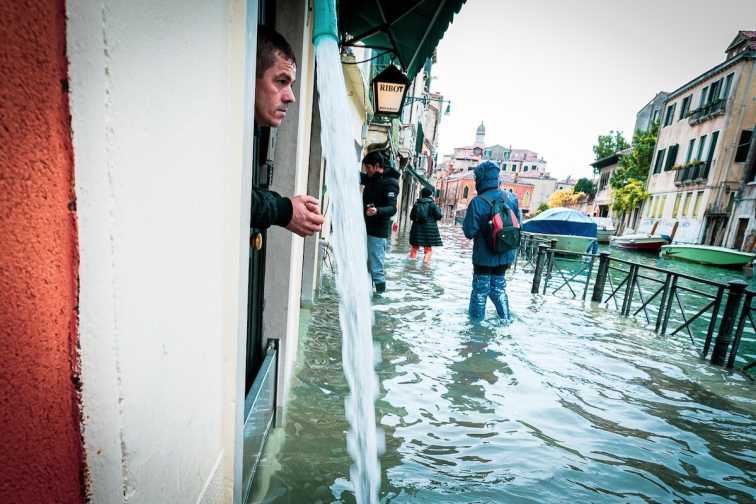 Photographic images have been used with the express consent of Natalia Elena Massi. More of her profile and work can be viewed via her Instagram Account https://www.instagram.com/christmalia/